Recent visit by a fact-finding team shows that Adani's functionaries have resorted to forceful land acquisition, intimidation and even police brutality in Godda district, Jharkhand 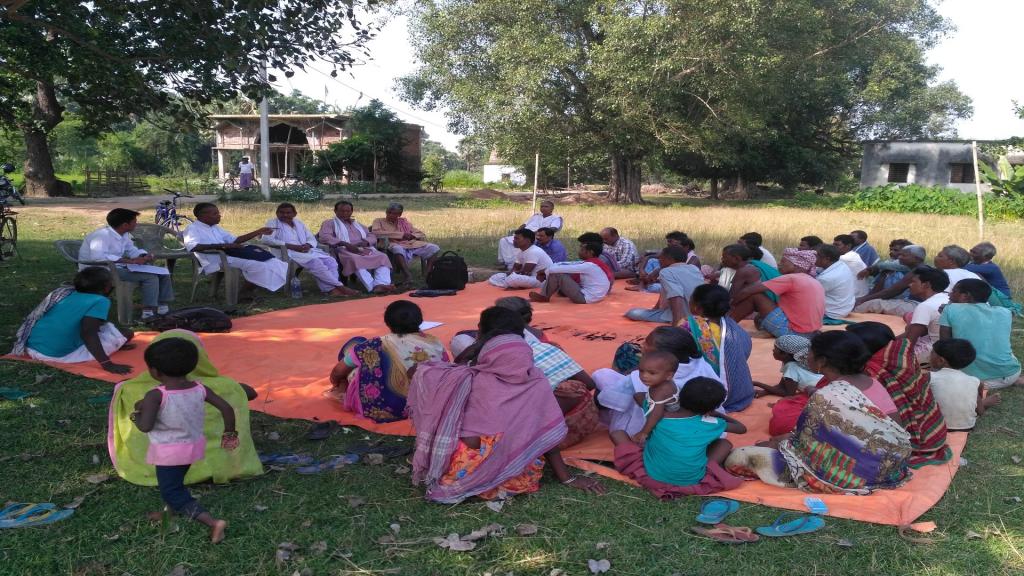 A recent visit to Jharkhand’s Godda district by a fact-finding team found irregularities like forceful land acquisition, intimidation and even police brutality on the part of Adani group’s functionaries for the company’s 1,600 MW power plant. In 2016, the Jharkhand government signed a MoU with Adani Power Limited to set up the plant in Godda, a part of Santhal Pargana region. It is said that the company plans to supply the power produced in the plant to Bangladesh.

According to the company’s social impact assessment report, around 551 hectares (ha) of land spread across 10 villages in two blocks of Godda would be acquired for the project. The company claims that the plant would lead to employment generation for locals. The team, comprising four members from the Jharkhand Janadhikar Mahasabha (JJM) and three other organisations, visited the district on 16-17 October even as protests are ongoing in villages in Godda.

The ground reality is quite different. Residents in four villages of Mali, Motiya, Gangta-Gobindpur and Patwa are unwilling to part with their fertile agriculture lands. The company has already acquired around 202 ha in these villages, a large chunk of which is common lands. According to Godda resident and JJM member Chintamani Sahu, who participated in the press conference held in Ranchi on October 31, says, “Land acquisition has been done without the consent of the gram sabhas. Currently, a boundary wall is being constructed for the plant. The company has paid compensation worth about Rs 50 lakh per 0.40 ha to those who willingly gave their lands. Most people are dependent on their lands for livelihood but are being tortured to part with their only asset. Even my family has lost 4 ha of land. Instead of fertile lands, the company can acquire barren lands for the project.”

“Most people are unwilling to part with lands even for compensation. Mali and Gangta-Gobindpur are tribal-dominated villages where people depend on agriculture,” says Vivek Kumar Gupta, a member of the fact-finding team. In an attempt to forcefully acquire land, the company has damaged standing crops, trees and even burial grounds and ponds in 6 ha of land of Manager Hembram and five other families in Mali village with the help of police.

According to Section 20 of the Santhal Paragana Tenancy Act (SPT), agricultural lands in Santhal Parganas consisting of Dumka, Deoghar, Jamtara, Pakur and Sahebganj districts cannot be transferred or acquired for any government or private projects, barring a few exceptions.

Protests against land acquisition are not new in Jharkhand. In June-July 2017, the state witnessed widespread agitation against the government’s move to amend the century-old Chhotanagpur Tenancy Act (CNT) and the SPT. Taking a stand against the move, opposition parties, tribal organisations and even the church launched statewide protests. According to several tribal activists, the proposed amendments were just a ploy to snatch tribal lands.

Post independence, several big industries as well as irrigation and power projects came up in the state on tribal lands, as part of the five-year plan. Jharkhand was created in 2000 after bifurcation from Bihar to protect tribal interests. Ironically, the 55-60 per cent tribal population in 1901 has come down to just 26 per cent.

A report, Homeless in our own Homeland by Ranchi-based social worker Stan Swamy says that during the past 50 years, approximately 20 million people have been displaced in India due to mines, dams, industries, wildlife sanctuaries and field-firing ranges. As for Jharkhand, the Koel-Karo dam project had to be abandoned after the Tapkara firing in which eight people died in 2001. The proposed project had displaced 0.25 million people (90 per cent tribals) over 26,709 ha.