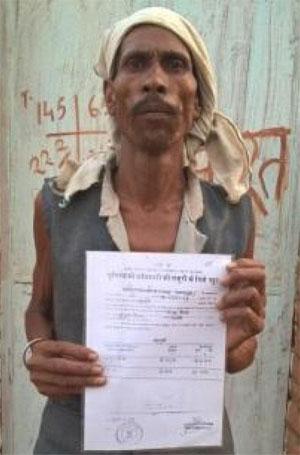 In January this year the Madhya Pradesh government conferred habitat rights upon the Baigas, a primitive tribe, to right the wrong meted out to them for centuries.

When it comes to land rights, many tribals in Madhya Pradesh got it years ago. But they failed to get real ownership as they are not allowed to cultivate their own lands. The struggle for land recognition is still on with tribals denied rights to own and cultivate even ancestral lands.

In Chhatarpur district’s Nandora village, Rama Kaundar failed to get control over the piece of land he owned in his lifetime. The deceased’s wife, Shahodara Kaundar, told Down To Earth that members of the Patel Community had grabbed her late husband’s land.

Her pleas have fallen on deaf ears. When Shahodara approached the patwari, she was told that the piece of land came under the forest land category.

Shahodara’s case is not the only instance of land grabbing by powerful upper classes and even by the forest department. In every district across the length and breadth of Madhya Pradesh, one can find at least 10 to 15 tribes whose lands have been captured.

In Chhatarpur district’s Singaro village, seven villagers got patta (land ownership) rights way back in 1997. Even after 19 years, they are still fighting to get control over their lands. Whenever they raise the issue, pat comes the stock reply: the lands have come under the forest department. The irony is that the rightful owners find others cultivating their lands.

Ratanlal, a resident of Saur-dominated Mannaur village in Panna district, had the same tale to tell. He said powerful people are changing their names to purchase lands belonging to tribals. The village has lost 25 per cent of its lands in the past 20-30 years to outsiders.

Denied land rights, tribals are either migrating to other places in search of jobs or are becoming daily wage labourers. During drought, searching for work is a huge problem, many admit.

When villagers complain, forest officials assure them of adequate compensation in case of displacement. But Lal asks till then what tribals are supposed to do.

Over 20 lakh people living in forest areas for generations have been deprived of their ancestral lands.