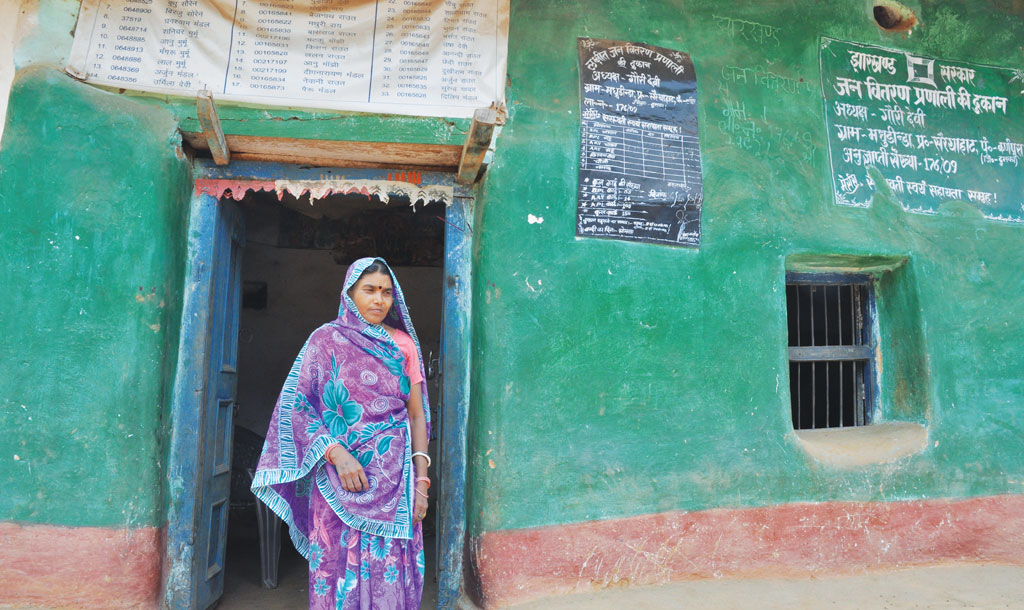 Five-year-old Lalita and Kundan used to spend most of their day under a banyan tree in Pandanberha village in Deogarh district, Jharkhand. There was no anganwadi (child day care centre) or a playschool for more than 90 children in the village. There were also 14 pregnant and six lactating mothers who were deprived of anganwadi facilities. In September 2013, members of the Gram Ahar Raksha Dal (GARD) in the village applied for an anganwadi at the Deogarh block office. “This was our long-standing demand. But for the first time, we knew what to do to overcome it,” says Kamdev Rai, a GARD member, who is Lalita’s mother. Today, their village has an anganwadi.

Villages in almost all districts in Jharkhand have formed a community-based monitoring system, GARD, to enforce food entitlement sche-mes. By bringing together functionaries, cutting across various fields, and beneficiaries on the same platform, GARD has been able to bring accountability and transparency in the delivery system. The monitoring system also serves as a grievance redressal mechanism. “We wanted to create a system where people could exercise their rights. GARD was created to facilitate this process,” says Pancham Prasad Verma of Chetna Vikas, a non-profit based in Deoghar, which started this initiative along with Oxfam India.

The National Family Health Survey (NFHS)-3 says that Jharkhand along with Madhya Pradesh, Bihar and Chhattisgarh are the worst performers with respect to underweight children above three years of age. In Jharkhand, underweight children below three years increased from 54.3 per cent in NFHS-2 to 59.2 per cent in NFHS-3, as against the national average of 43 per cent in NFHS-2 and 40 per cent in NFHS-3. “The three Malnutrition Treatment Centres in Dumka district (with 15 beds each) have an occupancy rate of 60-80 per cent. This shows that while on the one hand there are cases of malnutrition among children of 0-3 years of age, on the other hand, there is growing awareness to get them treated,” says Rani Kumari, one of the founding members of Chetna Vikas. 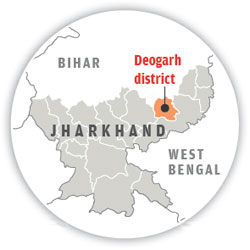 The National Food Security Act, passed in 2013, has not been implemented in Jharkhand, adding to problems in both awareness and delivery regarding rights and entitlements for poor families. The state government has now announced that the Act will be implemented from September 1, 2015.

“During our meetings with the villagers, we received many complaints. We had to constantly catch hold of public distribution system (PDS) dealers and anganwadi workers. It was very difficult to get them involved. So we decided to bring them together and made them GARD members. Convincing people and getting them on board took nearly a year,” says Rani Kumari.

GARD comprises sevikas and sahaiykas (anganwadi worker and helper), sahiyyas (community health worker), MGNREGA supervisors, paricharika (school cooks), members of women’s Self Help Groups (SHGs) who run the PDS shop, and the mukhiya (village head) along with the beneficiaries. There are no rules prohibiting people from becoming GARD members. For instance, Madhudinda village has 17 members, while Kordaha village has only seven members. “The village people had a lot of pent up anger towards the service providers. Despite the fact that they all belonged to the same village, there was no dialogue; there was no attempt to see the perspective of the service providers. GARD has done just that,” points out Rani Kumari.

In Madhudinda village, a 17-member GARD, comprising 12 women and five men, worked to streamline the Integrated Child Development Services (ICDS) in the anganwadi. The anganwadi worker complained of thin attendance, due to which she would skip cooking meals.

GARD members helped generate a demand through awareness and convinced parents that regular and hygienic meals would be served in the anganwadi. From 5-10 children earlier, the anganwadi has 35 children now and parents too are happy. “We understood the reasons, irregular services and lack of cleanliness, and sorted them out,” says Sudha Devi, a GARD member.

GARD has also enabled village people to gain clarity on PDS, especially details regarding dates of distribution and availability of foodgrain. “Earlier we were not told why we are getting less grain. Now we know that the supply to the PDS shop itself is less, and that the PDS shop owner, in order to ensure everyone gets something, ends up giving a little less,” say the women at Madhudinda.

GARD members meet once a month. Holding meetings more often is difficult due to coordination and work schedule of the villagers and the functionaries. Discussions range from getting a hand pump installed at a primary school to planning cropping patterns for a patch of land that has been left barren. In Kordaha village for instance, GARD members have planned to plant mahua and other fruit trees along with traditional millets like kodo on a patch of wasteland. Moreover, GARD has helped mainstream women.

GARD members decide upon a course of action with consensus for community problems. If an issue requires government intervention, a letter is drafted and sent to the officers concerned. On some occasions, GARD members have filed Right to Information (RTI) applications. “Drafting RTI is a part of the training to all GARD members,” says Verma. In Sariahat village for instance, they filed an application under RTI for an electricity connection. Though there was no response to their application, the electricity department installed a transformer in the village.

“In some places there is a fear that GARD members would form a coterie and control decision-making. These are real fears, that’s why we are encouraging more people to join the meetings,” says Verma. Though GARD is envisioned to be an inclusive experiment, there have been few cases of exclusion that have come to the fore. In Kordaha village for instance, a few households, belonging to the Particularly Vulnerable Tribal Group category, could not join the meetings due to the distance from the school, where the meetings are held. “We are addressing such problems,” says Verma. “We need GARD by our side when we visit child development project officers or the BDOs (block development officers). We need them to supervise our RTI applications. We are sure we can take this initiative forward on our own, but we will need some more time,” says Rai.