The bench of judges Chandrachud, Rao and Bhat have already asked the Union government to review the vaccination policy and file an affidavit by June 13 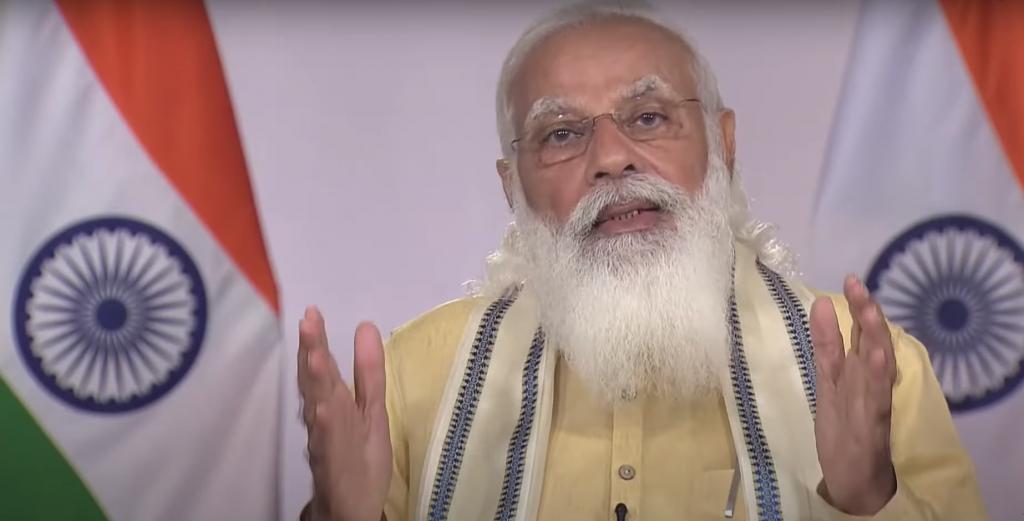 Prime Minister Narendra Modi in a televised address to the nation has declared that the Union government will take over procurement of 75 per cent of total vaccines against the novel coronavirus disease (COVID-19) and give it to states for free. With this, effectively, the country’s promised complete vaccination for the population above the age of 18 years by the end of this year is the Union government’s responsibility. The rest quarter of the vaccine stock will be for private players.

In just 50 days, Modi had to change the country’s COVID-19 vaccination strategy. Like the latest strategy, the last one also had Modi’s approval and he declared it through a message to the country. In the last 50 days, the second wave of the pandemic killed morwe than 150,000 people.

On April 19, 2021 a meeting chaired by Modi decided to allow vaccination for all above the age of 18 from May 1, covering about 600 million people. This was one of the major decisions under the Liberalised and Accelerated Phase 3 Strategy of the National Covid-19 Vaccination programme that came in effect from May 1.

Under this, vaccine manufacturers were allowed to supply 50 per cent of their monthly Central Drugs Laboratory (CDL) released doses to Government of India and the rest they supply to state governments and in the open markets.

This strategy basically made the vaccine market competitive. Many states reported scarcity of vaccines, and also resorted to global tenders to procure vaccines but couldn’t solicit positive responses. This led to closing down many centres and also a visible slump in vaccination drive.

“Starting from January 16 this year till the end of April, India’s vaccination programme ran mainly under the supervision of the central government… the citizens of the country, following the discipline, were getting the vaccine when it was their turn… In between, many state governments repeatedly said the vaccine work should be de-centralised and left to the states,” he said.

“A lot of demands were raised that the states should get rights for their own pandemic-management, they started raising demands. We accepted their demands. States demanded vaccine decentralisation, questions were raised on age group, (and) questions were raised on why senior citizens were vaccinated first. After giving it a lot of thought, we changed the way vaccinations were done. So, we gave 25 per cent of the work to states. Now they have started to realise the difficulty the work involves,” he said.

But as one look back at the developments in the last two weeks — both in public perception and in the Supreme Court — the Union government taking over the vaccination campaign and also effectively making it free seems to be a tactical response. Particularly to a proactive apex court raising questions over the April 19 vaccine strategy that Modi just junked. It suo moto took up the case on COVID-19 and government responses.

On May 31, the SC for the first time questioned the Union government’s “rationale” behind the dual pricing of vaccines for the Centre and the states, as per the strategy adopted on April 19. “Why the Centre is only procuring for the population above 45 years of age and not below,” the apex court asked. When told that the Union government has fixed the rate for only 50 per cent of the population in the 18-45 age bracket, it asked: “Can we say that 50 per cent of population between 18 and 45 years will be able to afford the vaccines? Not at all.”

Again on June 2, the apex court raised another uncomfortable question, building on its uneasiness over the Union government’s dual-pricing mechanism for vaccines. The Supreme Court asked the government to clarify on how it would or has spent the Rs 35,000 crore earmarked in the Budget 2021-22 for vaccination:

In Light of the Liberalised Vaccination Policy, the Central Government is directed to clarify how these funds have been spent so far and why they cannot be utilized for vaccinating persons aged 18-44 years.

The current Liberalised Vaccination Policy enables States / UTs Governments’ and Private Hospitals to procure 50 per cent of the monthly CDL approved doses in the country at a pre-fixed price. The justification of the policy has been adduced in a bid to spur competition which would attract more private manufacturers that could eventually drive down prices. Prima facie, the only room for negotiation with the two vaccine manufacturers was on price and quantity, both f which have been pre-fixed by the Central Government. This casts serious doubts on UoI (Union of India)’s justification for enabling higher prices as a competitive measure. Furthermore, the Central Government justifying its lower prices on account of its ability to place large purchase orders for vaccines, raises the issue as to why this rationale is not being employed for acquiring 100% of the monthly CDL doses."

The apex court in unsparing observation said that the “policy of the Centre to not provide free vaccination for those in the age-bracket of 18-44 years is prima facie arbitrary and irrational".

The bench of judges DY Chandrachud, L Nageswara Rao and S Ravindra Bhat in fact directed the Union government to “undertake a fresh review of its vaccination policy addressing the concerns raised”. And they did put a deadline: To file an affidavit on this in two weeks — by June 13.

The Modi government’s turnaround on the vaccine strategy that it has been vehemently defending in the apex court could well be just an answer to the judges’ deadlined questions.