More vehicles coming into Delhi from other states in 2018 compared to 2009: Report 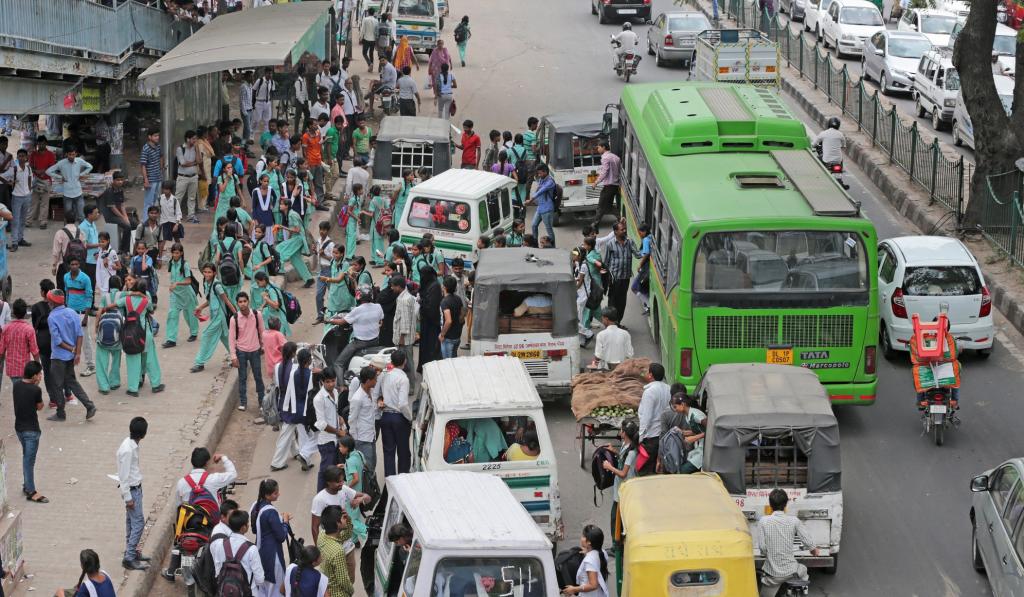 Air pollution in Delhi may have reached worrying levels, but the Indian capital seems oblivious to the problem of vehicular congestion. A recent parliamentary report highlighted the issue and pointed out how vehicles from neighbouring states, especially those carrying goods, are adding to the chaos.

Every fifth freight carrier (21.35 per cent of the total) that entered the city in 2018 did so only to use its already choked roads to reach some other destination, according to The Management of Worsening Traffic Situation in Delhi, a report tabled in Parliament by the Standing Committee on Home Affairs.

Half of the over 12 lakh vehicles on Delhi's roads every day in 2018 were from other states — up from 10 lakh and nearly 5 lakh respectively in 2009 — according to a study by Central Road Research Institute (CRRI).

The additional vehicles not only eats up road space, their emissions also worsen the city's air.

The committee expressed its displeasure about the lack of a freight management plan for Delhi.

“The committee is surprised to note that there is no planning to regulate or restrict the vehicular movement from the neighbouring states when the roads of the city are already reeling under heavy stress because of traffic congestion and other related issues,” the report said.

It said there was an urgent need to formulate a policy for regulating both in-bound and out-bound traffic by diverting vehicles using Delhi roads only to pass through via peripheral and ring roads.

It recommended that roads be categorised on the basis of ‘prohibit, regulate and restrict’ to regulate the movement of traffic and to prevent congestion of roads within the limits of Delhi.

The committee also recommended that patrolling of the border area by joint teams of Delhi and Haryana traffic police at the Delhi-Haryana border and at Delhi-Uttar Pradesh border by Delhi and UP traffic police should be encouraged for better management of traffic in these areas.