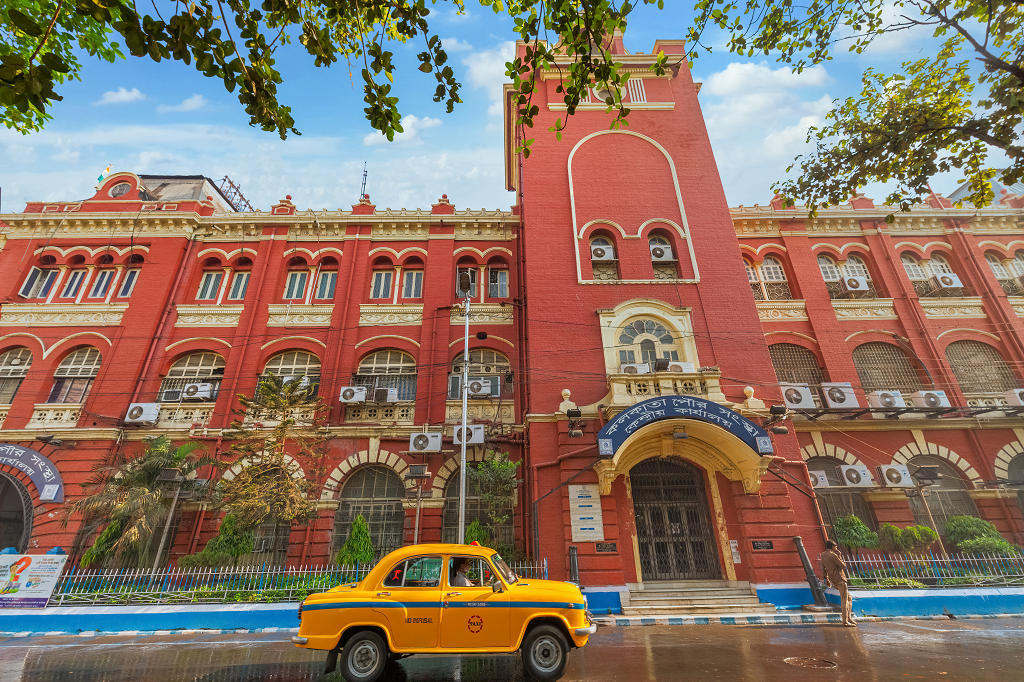 The Reserve Bank of India (RBI) released a report compiling and analysing the budgetary data for 201 municipal corporations across all states in the country. Municipal expenditure in India declined from 2012-13 to 2017-18, while the share of revenue expenditure in total expenditure remained constant, according to the Report on Municipal Finances published this month.

The committed expenditure of municipal corporations in the form of establishment expenses, administrative costs as well as interest and finance charges is rising, but capital expenditure is minimal, the report highlighted.

India has the second largest urban population in the world after China, according to a 2018 United Nations report. The country is projected to add another 416 million urban dwellers from 2018 to 2050.

Indore emerged as the highest-ranked municipal corporation in 2020, followed by Surat and Bhopal, the report noted, citing the Government of India’s Municipal Performance Index.

The New Delhi Municipal Council has emerged as the leader in the less than million population category, followed by Tirupati and Gandhinagar, the report underlined.

The report also observed that the rapid growth of urbanisation in India has not been accompanied by a corresponding increase in urban infrastructure, which is reflected in the performance of the urban local bodies (ULB), especially municipal corporations.

Alternative sources of financing for municipal corporations is the theme of the report.

Revenues are dominated by property tax collections and devolution of taxes and grants from upper tiers of government, resulting in lack of financial autonomy, the analysts wrote.

RBI analysed the structure and composition of the revenue and expenditure of 35 metropolitan municipal corporations for the period 1999 to 2003-04. There is a mismatch between the functions and finances of ULBs, which primarily explains the vertical imbalance, according to the findings.

Out of 18 functions to be performed by municipal bodies in India, less than half have a corresponding financing source. Own taxes and user charges of ULBs in India are grossly inadequate to meet their expenditure needs.

ULBs in India are among the weakest globally in terms of fiscal autonomy. There is elaborate state government controls on their authority to levy taxes and user charges, setting of rates, granting of exemptions, and borrowing of funds as well as on the design, quantum and timing of  intergovernmental transfers, the analysis showed.

“The absence of buoyant revenue handles, excessive reliance on grants from the central and state governments and the inability to autonomously access capital markets have weakened the ability of ULBs to fulfil their mandated functions,” it added.

Municipalities in India need to balance their budgets by law, and any municipal borrowing needs to be approved by the state government, it stated.

The size of the municipal budgets in India are much smaller than peers in other countries, according to the report.

In order to improve the buoyancy of municipal revenue, the Centre and the States may share a sixth of their GST revenue with the third tier, the analysts said.

Municipal corporations mostly rely on borrowings from banks and financial institutions and loans from central or state governments to finance their resource gaps in the absence of a well-developed market for municipal bonds, it further observed.

The level of gross municipal borrowings in India is minuscule and constitutes less than 0.05 per cent of GDP cumulatively for all municipal corporations, the report found.

Per capita gross borrowing is the highest for Telangana, followed by Bihar and Maharashtra.

The bulk of the borrowings are raised by a few large metropolitan corporations, the study found. The Greater Hyderabad Municipal Corporation, for example, alone accounted for more than 90 per cent of the total municipal borrowings in Telangana, the report found.

The ULBs need to explore different innovative bond- and land-based financing mechanisms to augment their resources, they added.

As the demand for infrastructure grows among Indian cities, municipal corporations must further explore ways to reinvigorate and foster alternative and sustainable resource mobilisation through municipal bonds.

Policies to improve the environment for financial investment through sound and efficient regulation, greater transparency and better governance can help nurture a vibrant municipal bond market, the analysts prescribed. “Listing municipal bonds in the stock exchanges can pave the way for developing the much-needed secondary market for municipal bonds in India.”

This report was prepared by the Division of State Finances (DSF) of the Department of Economic and Policy Research (DEPR).