National Education Policy 2020: What is needed is a new kind of thinking

New educational institutions will not thrive in an old culture. They need an environment of trust and freedom 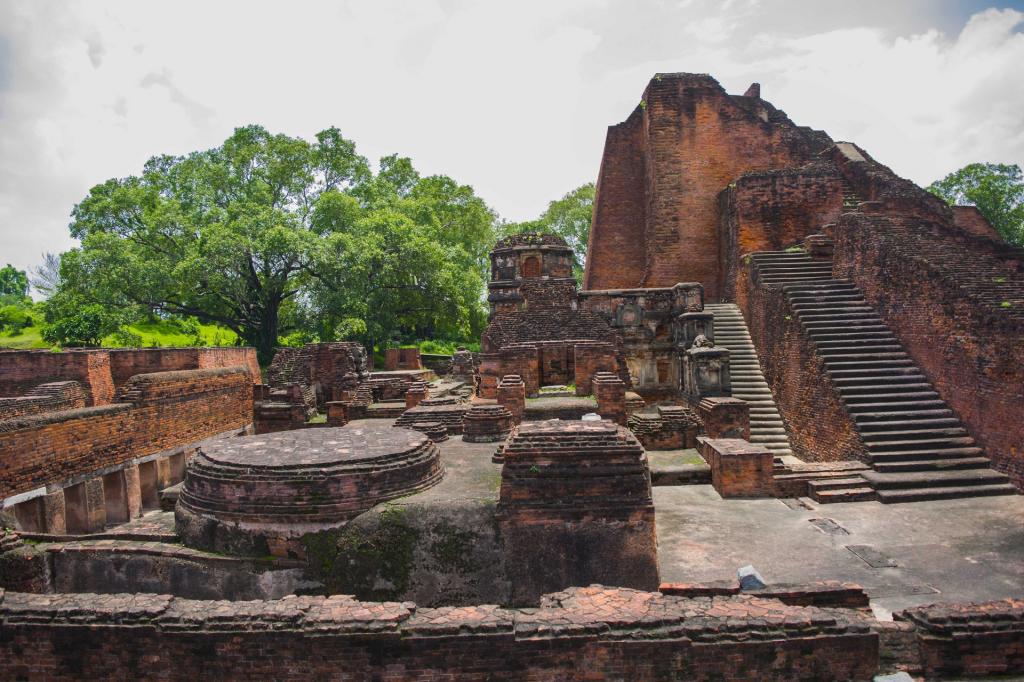 Nalanda did not reach its pinnacle of glory by complying with fiats that sought to prescribe its curriculum and regulate its scholarship. Photo: Wikimedia Commons

One thing struck us as a major difference between the new National Education Policy (NEP) 2020 and its predecessor. The earlier national policies on education (NPE) from 1986 and 1992 presented themselves as attempts to consolidate and build on earlier efforts, particularly the NPE, 1968.

The new NEP 2020 policy, on the other hand, is very keen to establish that it is different from everything in the past, including in its name. Nowhere does this attitude come across as starkly as it does in the section on higher education.

It begins with the credo that the policy “envisions a complete overhaul and re-energising of the higher education system.”

It starts listing the problems currently faced by India’s higher education. This listing may be comprehensive, but there is no diagnosis of underlying maladies, as though there is nothing to understand what historically made this possible.

Some of the current institutions, arrangements and practices succeeded even within the general gloom, while some successful ones regressed into mediocrity.

The vision for higher education itself is quite wordy and, at places, somewhat repetitive. The term ‘multi-disciplinary’, for instance, crops up repeatedly in the document and despite so much articulation on the subject, one is still left wondering what it is really all about.

These will comprise universities and colleges and the public and private sectors, all of which will be ‘multi-disciplinary’, with each populated by more than 3,000 students, with at least one “in or near every district”.

Universities will conduct research and post-graduate and under-graduate teaching, some research-intensive and others teaching-intensive. Colleges will largely teach at the under-graduate level, with a number of them having their medium of instruction in either bilingual or local / Indian languages.

The colleges can manifest in clusters around universities as constituent colleges or may be standalone autonomous ones.

Ideally, all HEIs will eventually become “independent self-governing institutions” with considerable “faculty and institutional autonomy”. They will have complied with a series of regulatory exercises that are “light-but-tight” and will be operated by a large number of private accreditors, overseen by a new set of regulatory institutions at the national level.

By 2035, India’s higher education system will have doubled the gross enrolment ratio to 50 per cent. The doubling of enrolment will be made possible by:

The vision is elaborately laid out. We have started, however, with existing imperfect institutions — both HEIs as well as the regulatory structures — and not with a tabula rasa. The policy does not clarify how we will get there in two decades and how we will accomplish the promised “complete overhaul and re-energising of the higher education system.”

What the policy envisages is to build the edifice of an entirely new ecosystem of independent self-governing institutions.

This will be with considerable autonomy for teachers from the debris of a “fragmented ecosystem of low-standard teaching”, “lesser emphasis on research”, “sub-optimal governance and leadership” and “ineffective regulatory system”. No clear roadmap is laid out in the policy for this complete makeover.

The problem, as we see it, is that much of the mediocrity in the system the policy rightly identifies, stems from a culture of mistrust and control. The seeds of this are in the very DNA of our larger system and are not confined to higher education.

It is, thus, disappointing for the policy to employ structures and mechanisms built from the same genetic material, to engineer the structural transformation of the entire ecosystem of the higher education it envisions.

When the policy envisages a set of national-level regulatory institutions, it is willy-nilly giving in to centralisation and imposition of a uniform template.

In fact, the NEP 2020 itself is an exercise of imposing uniformity and standardisation along a single axis of control and power, which is paradoxical, given India’s size, population, diversity and constitutional federalism. The “light-but-tight” approach (whatever that means) in the regulatory processes is obviously well intentioned.

But, from past experiences, we know these are mostly subverted by deeply entrenched bureaucratic culture that will pervade any new institution created within the larger governmental ecosystem.

One old institution can mitotically divide into four new ones, but the genetic material from which these are created, remains the same and so does institutional culture.

What is needed, perhaps, is a new kind of thinking, along the lines of a ‘rhizomatic’ model for social organisation and culture that Deleuze and Guattari (Gilles Deleuze and Felix Guattari, 1980, A Thousand Plateaus, translated by Brian Massumi, London and New York: Continuum, 2004) propounded.

It is important to recognise institutions as organic entities with their own histories that are rooted firmly in and engaging dynamically with specific social and cultural contexts.

The creation of a new ecosystem cannot be engineered through top-down fiats. Drawing an instance from ancient India — as the policy does time and again — Nalanda and Vallabhi did not reach their pinnacle of glory by complying with fiats that sought to prescribe their curricula and regulate their scholarship.

Each of the ancient universities, in fact, was unique; they were not cast in the same mould.

They flourished in an environment of trust and freedom in which they determined their scholarly pursuits and teaching themselves. Their patrons simply trusted their wisdom to carry out their work and supported them without breathing down their necks.