Fly ash slurry from NTPC plant in Chattisgarh flew over 9 hours Nov 23 into Sukhanara nallah. The gates of power plant are 150 metres away from Odisha border 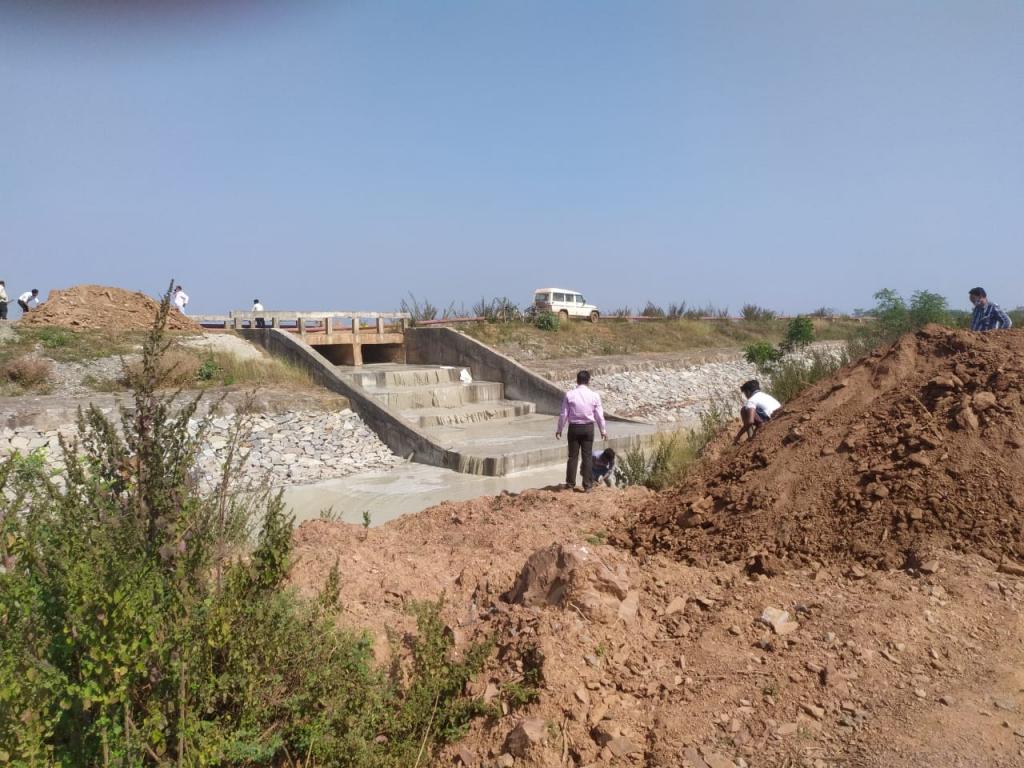 The fly ash slurry flew over nine hours November 23, 2020 into the adjacent Sukhanara nallah and entered into the agricultural lands nearby. The incident has raised contentiousness with the Odisha government as well: The three gates of the  plant are merely 150 metres away from the Odisha border, and the discharge may affect the quality of drinking water there.

The discharge could eventually enter the Hirakud reservoir across the Mahanadi, contaminating the drinking water, aquatic lives and agricultural land.

Pradeep Biswal, sarpanch of Charpali panchayat, Lakhanpur block, Jharsuguda district, Odisha visited the spot and found the slurry flowed heavily from three outlet gates of the ash pond. Following this, he directed several calls to the general manager of the plant, Alois Topno.

On the same day, an earth-moving machine was deployed there to cover the land. However, no representative from NTPC came to discuss the incident, the sarpanch claimed.

The Sukhnara nallah joins Badakelo river at Dhulanda, which eventually meets the Mahanadi in Lakhanpur block. A mega water project at Kushmel in Odisha is also under construction. The incident, therefore, has posed grave concerns over the quality of drinking water likely to be contaminated.

Biswakeshan Pandey, tahasildar, Lakhanpur block, said the effect of the discharge was visible in the Sukhanara nallah. He submitted a report to the district collector, Jharsuguda, reiterating the three outlet gates were 150 metres away from Odisha’s border, implying a possibility of a similar incident again in the future.

The general manager, NTPC Lara, told Down to Earth that they would hold a dialogue with the local administration of Jharsuguda on the issue.

The MLA of Brajrajnagar, Kishore Mohanty, told DTE that he raised the issue in the Zero Hour-Point of Order in Odisha assembly and asked the state government to take immediate steps in the matter.

He said the discharge would make water of Hirakud reservoir poisonous and lives of people living on the Mahanadi difficult.

The six panchayats — Kandekela, Remta, Charpali, Pithinda, Kanaktora and Badimal of Lakhanpur block — come under the buffer zone of Lara Thermal Plant. But since 2014, the inhabitants of these panchayats have been protesting, urging the NTPC management and Chhattisgarh government to hold a public hearing and environment assessment for these panchayats.

The incident needs to be handled with care; while the Mahanadi water dispute is still subjudiced, Lara Plant’s discharge issue is a contentious matter between the Odisha and Chhattisgarh governments.