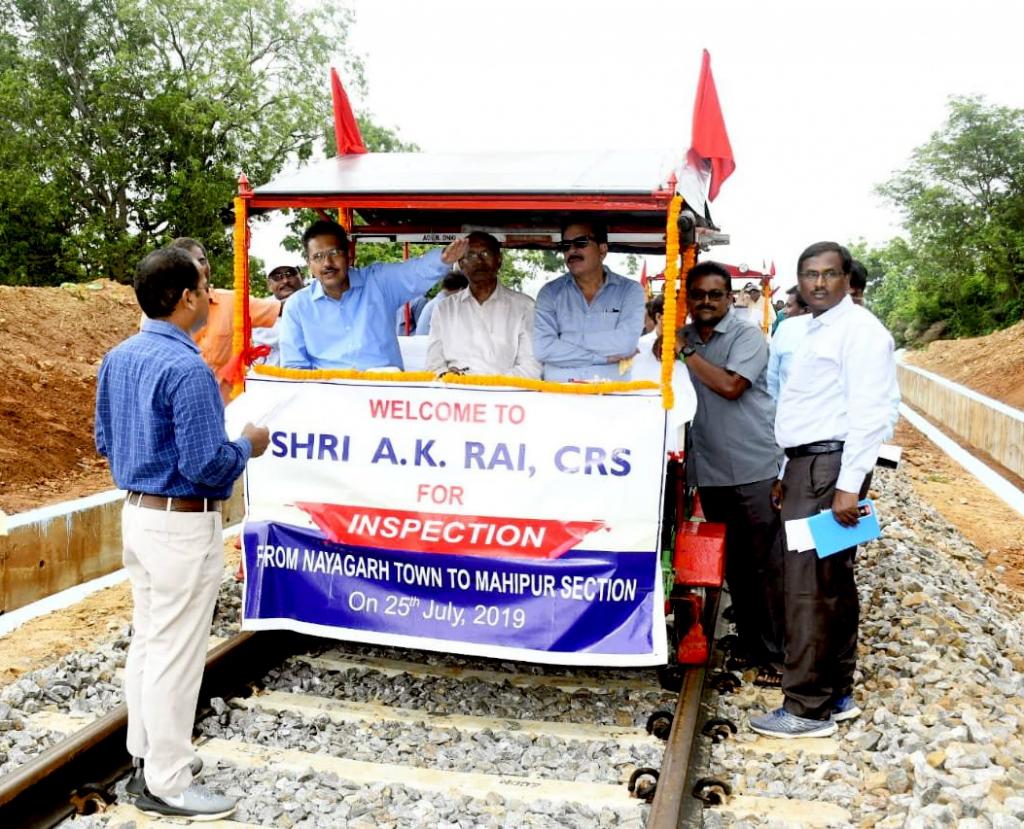 Just two passengers travel per day on the 16.8 km Balangir-Bichhupali train in Odisha that was flagged off on January 15, 2019, by Prime Minister Narendra Modi, a Right To Information (RTI) query has revealed.

That fetches the railways a daily revenue of just Rs 20, whereas the track between Balangir and Bichhupali was built at a cost of Rs 115 crore.

Given that the passenger train travels between the two stations twice a day, most of the time, it goes empty.

Jena added that the 65-km segment between Khurda Road and Nayagarh has been completed and opened to traffic, while work on the portion between Mahipur and Nuagaon (90.65 km) is in progress and is likely to be commissioned in 2021. The tender for the section between Nuagaon and Daspalla (105.90 km) has been invited and opened on December 17, 2019.

Panda received the information to his RTI application in a letter dated December 3, 2019.

“Prime Minister Modi flagging off the train from Balangir to Bichhupali now seems to be a public relations exercise before the general elections. There is no sincerity to complete the Balangir-Khurda railway project. In the last one year, the Balangir-Bichhupali line should have been extended to at least Sonepur. But as it has not been done, the Railways has been incurring huge losses,” Panda said.

The RTI activist said that the Union government should work on a war-footing to complete the project so that thousands of people from Balangir, Sonepur, Kandhamal, Nayagarh and Khurda districts benefit from the rail connectivity.

The Khurda Road-Balangir railway line was targeted to be functional and open to traffic by 2021.

The rail link has been a long-standing demand of the people of the area as the segment had been surveyed before Independence, in 1945. The 289-km long railway line from Balangir to Khurda Road was sanctioned in 1994 while the foundation stone for it was laid in 2001.

The railway link is supposed to connect Bhubaneswar with Balangir en route Khurda, Nayagarh, Phulbani, Boudh and Sonepur districts. Out of the total length of the line, 26 km is in Balangir district.

But the construction work has been quite slow. Just 93 km of the project is complete so far.