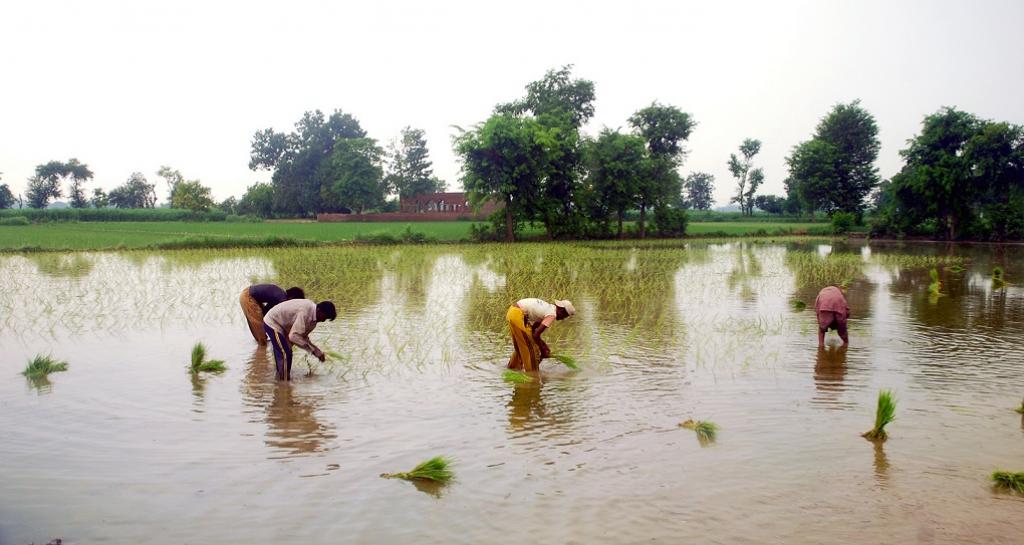 Pakistan’s populace, such as these farmers in Gujranwala, are critically dependent on water, but there is no water policy. Credit: Aftab Rizvi

In April, the chief ministers of Pakistan’s four provinces approved the country’s first national water policy – after over a decade of wrangling and consultations. With a large and growing population, and some of the least amount of water per person in the world, Pakistan already faced huge challenges – made worse by climate change, population growth, climate change, abysmal mismanagement of water and disputes between provinces and with neighbouring countries. The lack of a national policy made tackling these issues that much harder.

At this historic moment, we asked an environmental lawyer, a development leader, two water experts, and a political economist to go through the long awaited National Water Policy and decode what’s written in the fine print and more significantly, what has been left out. But instead of disentangling it for us, we got mixed signals. 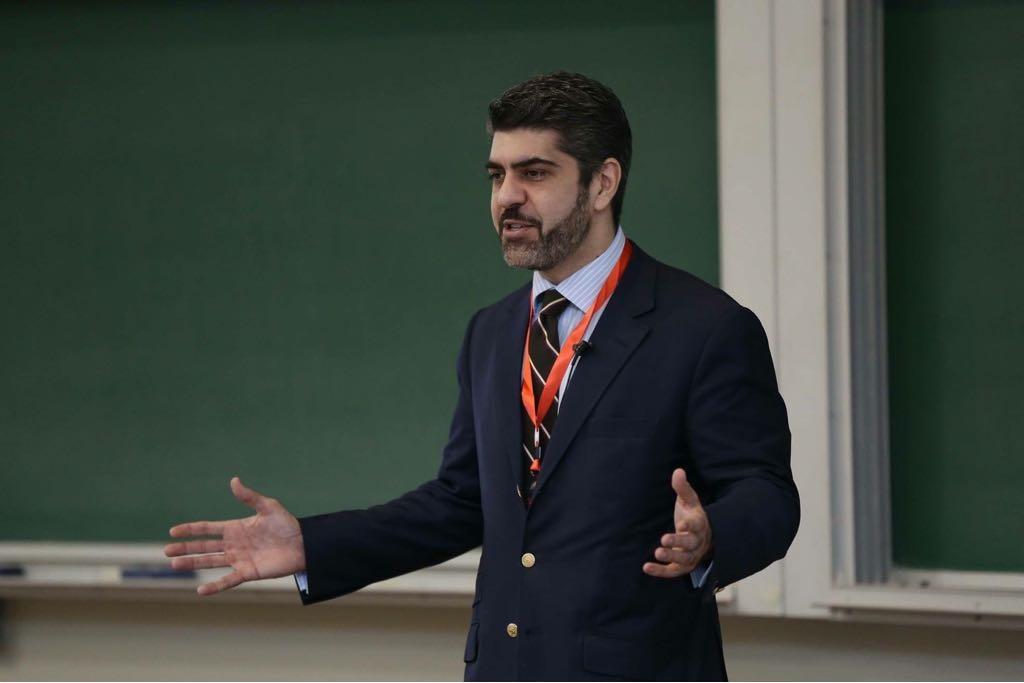 Ahmed Rafay Alam, an environment lawyer and activist, found the document to be “forced” upon Pakistan as a “political” gimmick — “a sort of ‘well look, we even passed a water policy’ argument when the ruling PML-N is asked what it did in the face of Pakistan’s present water crisis,” he said.

Ali Tauqeer Sheikh, head of LEAD Pakistan, an Islamabad-based think tank specialising in environment and development issues, disagreed. He termed it as “ground breaking” and a “super political accomplishment” for the ruling party. Getting the policy approved from all the provinces just before elections was no mean feat, he argued. 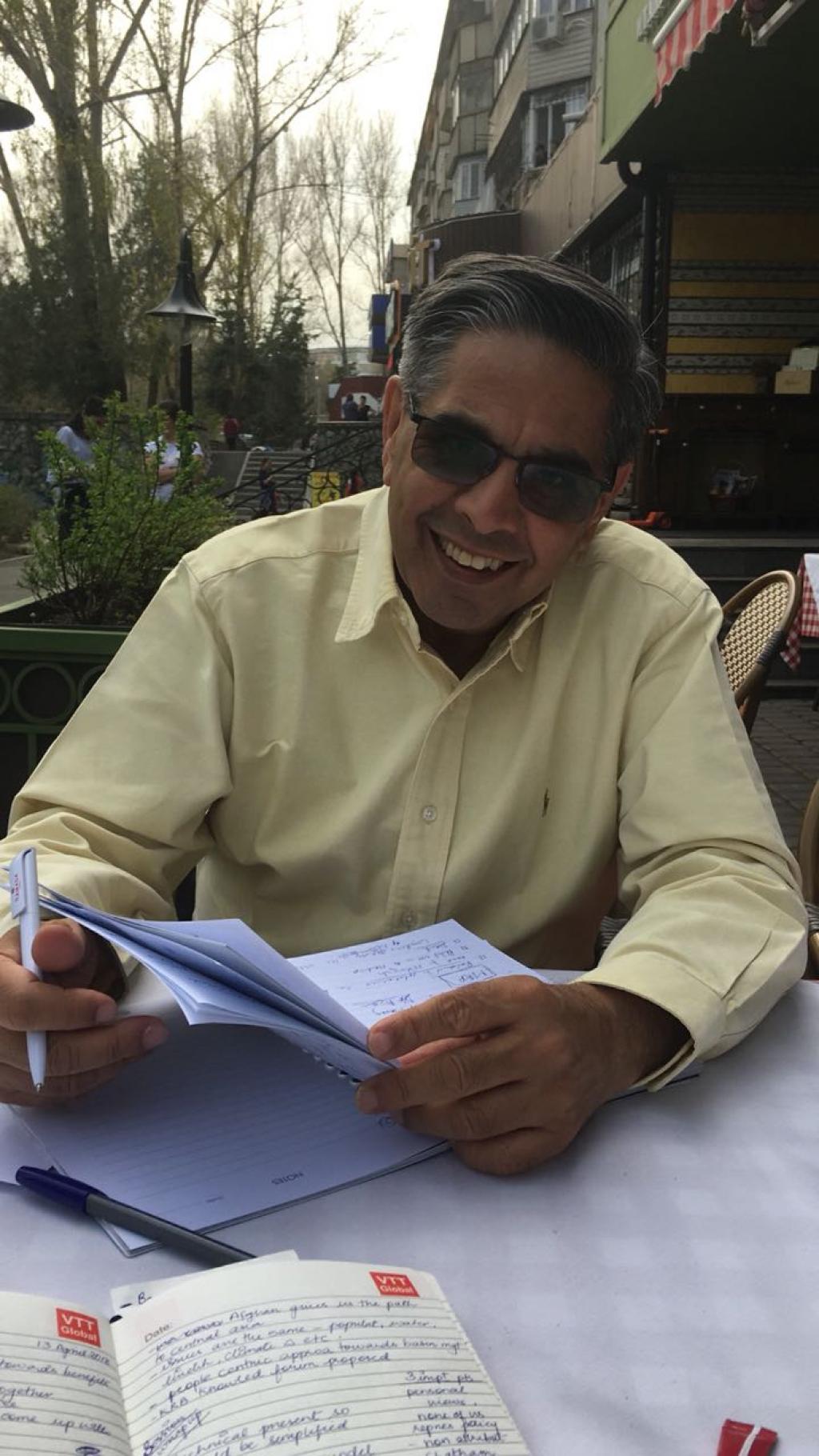 Shakeel Ahmad Ramay, a political economist, who heads the research uptake section at Islamabad-based think tank, SDPI, also praised it as a “historic milestone” given the “lingering, perennial disputes between the Punjab and Sindh provinces” which have been the biggest roadblock in coming up with a water policy at the national level. 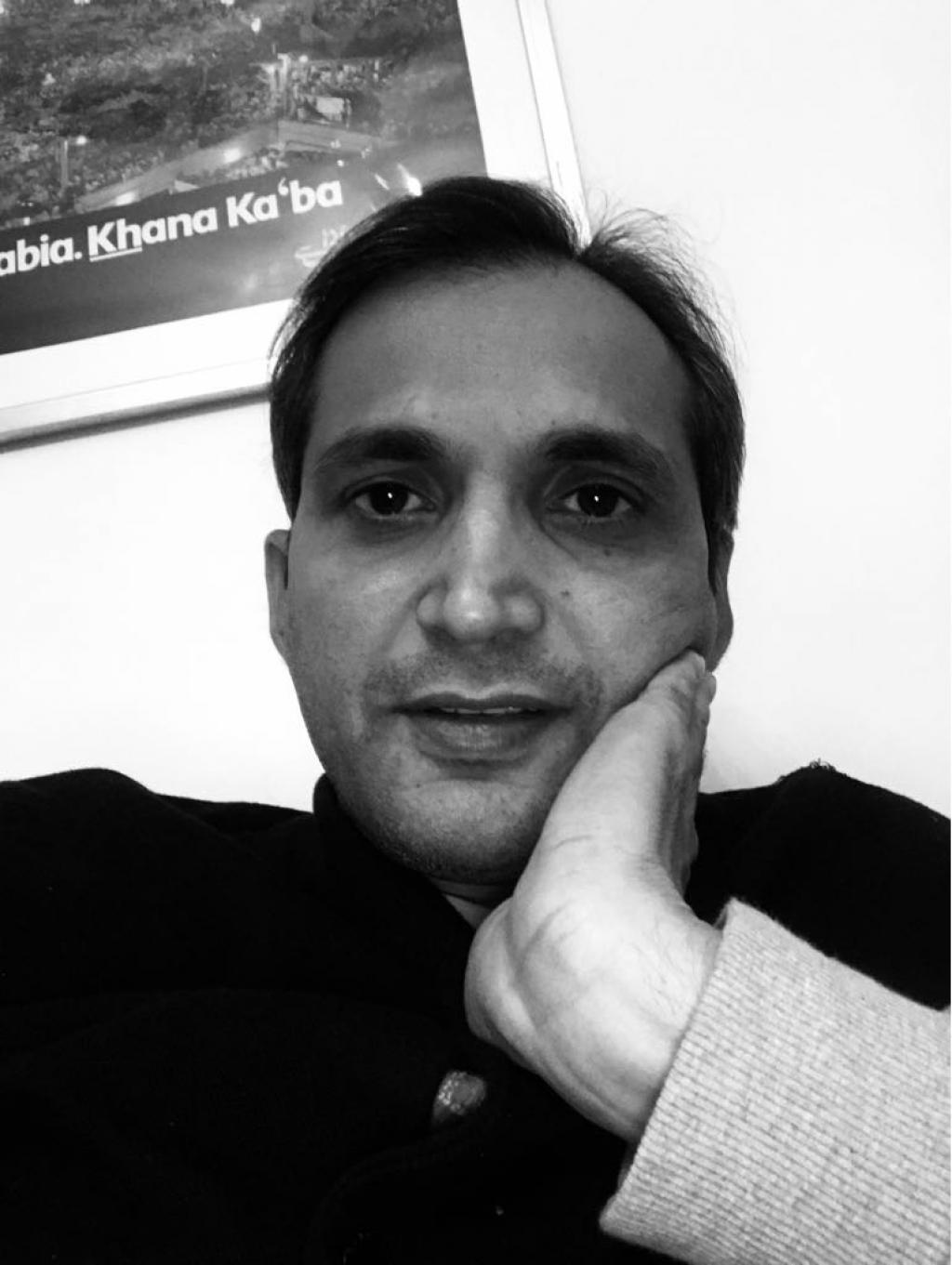 To Arif Anwar, who heads IWMI in Pakistan, securing approval from all provinces was the achievement rather than the policy itself.

Hassan Abbas, an academic and water expert, called the policy a “mostly cut and paste work” with “incoherent, fragmented and – often times – inconsistent text”. For example, he said, “On the one hand, the policy calls for banning of flood irrigation in the country, but on the other, prioritises investments on lining open channel water courses meant for flood irrigation.”

“It is unfortunate that despite identifying flood-irrigation as a major problem, there are no recommended investments to promote efficient irrigation,” he pointed out. Agriculture consumes the most water in Pakistan, but it is used in a wasteful manner, with huge losses due to evaporation and waterlogging, and one of the lowest levels of productivity per acre in the world. 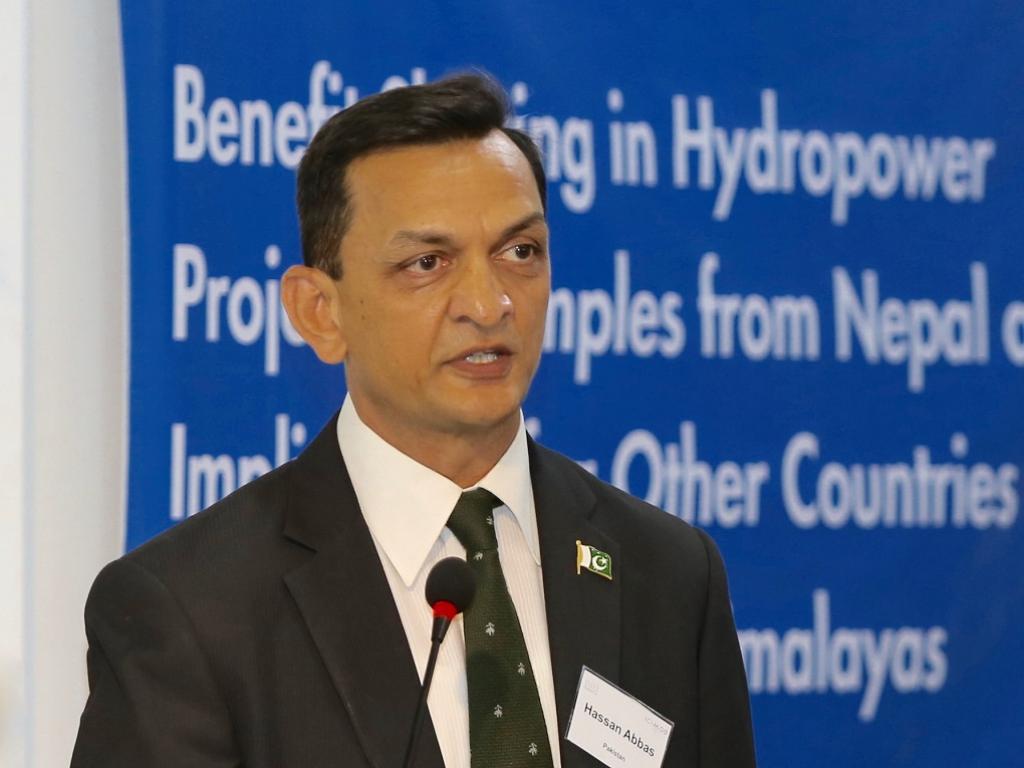 Beyond water – bringing in other sectors

On a positive note, Sheikh argued the document goes beyond water with specific targets set for energy, agriculture and development of water reservoirs. The latter, he said, will provide water outside the monsoon period to ensure “better yields, field level productivity and help alleviate poverty of the poor farmers” for the implementation of the Sustainable Development Goals. In addition, it will help offset national emissions by promoting hydropower and reducing the price of energy, Sheikh pointed out.

In contrast, Anwar found the policy myopic in that it looked at water use by sector in a fairly conventional manner with irrigation still a priority with industry and environment relegated further down the list.

A narrow view of water economy

To Abbas, exploiting a water-driven economy should have been the first priority, but has been put last. “Inland navigation is one of the most powerful economic engines (in addition to fisheries, tourism, game, water-front real estate development) which can, and should, dove-tail extremely well with the Chinese Pakistan Economic Corridor, but it has been put at the last priority under Section 4!” he said.

The policy, he said had taken an extremely “narrow” view of water – reckoning water pricing including water bills and abiana (the water charge collected from farmers on the basis of per acre and type of crop) as the only economic value of water.

However, Sheikh believed that the fact the policy had been unanimously approved by all provinces and signed off by their respective chief ministers meant most of the underlying grievances had been settled.

Once the implementation framework is there, in the next few months, Sheikh explained, the provinces will be able to prioritise their respective projects and investments. A National Water Council with high level political representation, in addition to a coterie from the private sector, will help develop a more meaningful national water narrative to cover the Indus and non-Indus water-related challenges in the country.

“Of particular interest will be the fragile ecosystems, barani [rainfall fed] areas and management of groundwater for long term sustainability,” he said.

Alam is more sceptical if the provinces can bridge their differences. Looking at it from a legal angle, he pointed out that the “policy reads as if Indus River System Authority [a federal body established under the IRSA Act of 1992 in the wake of 1991 accord] is the magic pill that will resolve all grievances.”

Further, he pointed out, there were significant legal hurdles to policy implementation. There was significant reference in the NWP to the National Environment Policy, 2005 and National Drinking Water Policy, 2009.  The subjects of environmental pollution and ecology were devolved to the provinces after the 18th Amendment and the responsibilities of the ministry of environment were either devolved or moved to other divisions before the ministry itself was abolished. “How can this policy now seek to revise those policies when the federal government does not have the executive authority to implement any of it?” asked Alam.

To Abbas, the policy is a very clear signal in favour of building more large dams, but failed to explain how objectives can be achieved with these mammoth structural interventions – which cause significant problems such as water logging and salinity.

According to him, approximately eight acres (0.03 square kilometres) of land per day is being eroded by sea intrusion in the Indus delta because the silt load was not being replenished due to the dams and diversions already built on the Indus.

According to Abbas, the policy should have learnt from the past, especially “economic externalities of large water development works” which resulted in huge socio-economic and environmental costs. “Erosion of the Indus delta is one of the biggest losses we have suffered, but the policy brushes it aside with tiny socalled ‘environmental flows’,” he said.

Digging deeper, he said that the policy did call for better compensation packages to those who will be displaced because of large reservoirs, but failed to capitalise on the past experience of those who were displaced in the Indus delta 50 years ago due to the construction of large reservoirs in India and Pakistan after the Indus Water Treaty (IWT) – the water sharing agreement signed between the two countries in 1960.

Anwar said there was a Section 9 on transboundary water, but with the IWT in place there was little the NWP could add to.

“It does refer to aquifers (presumably groundwater aquifers), minimising environmental consequences etc. of IWT on the eastern rivers and better sharing of information particularly in the event of flood flows to protect Pakistan, its economy and its environment,” he said.

In any case, references to transboundary water, Ramay said, reflected Islamabad’s worries about the impact of existing and planned developments (Indian hydropower projects) on the western rivers and on water availability to the disadvantage of Pakistan rather than a vision linked to Article 7 of the IWT Treaty on “future cooperation”.

“The NWP proposes to look into regional mechanisms for alleviating Pakistan’s growing vulnerabilities to hydro-meteorological disasters owing to transboundary releases and stoppages at critical times,” said Abbas but added that the policy authors seemed  unaware that at present there was no regional mechanism in South, West, and Central  Asia dealing with transboundary rivers.

Alam felt there should have been mention of Afghanistan or China, which are the other riparians of the Indus basin.

Sheikh said the policy still needed a more detailed plan on the financial resources required and financial allocations for the targets set in the policy.

“Given the uncertain political climate, the provinces need to have the capacity to be able to mobilise resources for a sustained period of time,” he said.

What is also missing is that there is no specific reference to the Indus cascade, a mega water sector development project (about USD 50 billion) envisioned between Pakistan and China, said Sheikh.