The fishermen have been protesting against the barrage since 2010 as, according to them, the structure will destroy the breeding area of Hilsa fish 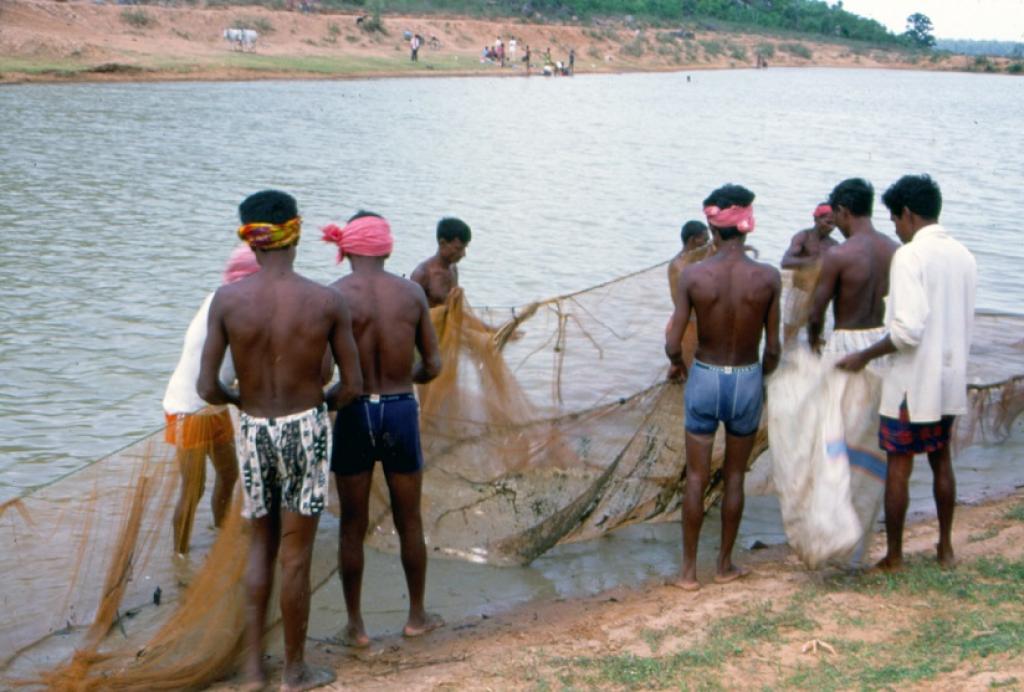 Launching the project, the PM said, "I request fishermen to take benefit of this scheme by making a group of five fishermen and form a co-operative so that they can purchase boats, which cost between Rs 1.50 crore and Rs 2 crore. With this boat, they can go deep into the sea up to 22 to 25 nautical miles and can get good quantity of fish… the boats will have cold storage facility."

While the PM was delivering his speech from the stage and urging the fishermen community to benefit from the Centre's boat buying scheme, the local fisherwomen were being pushed out of the venue.

"Our women had gone there but they were made to leave the premise and were detained at the conference hall behind the SP office in the Police Lines area," says Kamlesh Madhiwala, president of Samast Bharuch Machimar Samiti.

The fishermen in the area have been protesting against the barrage since 2010 as the structure, according to them, will destroy the breeding area of Hilsa fish.

"The barrage will destroy the breeding ground of Hilsa fish as it only breeds in the brackish waters—a combination of sweet and saline water found here. The barrage will separate the two," says MSH Sheikh, president of Brackish Water Research Centre, a Surat-based non-profit working for fisheries and coastal people.

Now that the barrage is functional, they have decided to observe the day as a "Black Day" every year. "We'll hoist black flags every year till this barrage is removed as a way to mourn the loss of our livelihood,” says Madhiwala. Some 15,000 families depend on the fish for survival.

As the inauguration ceremony unfolded, the fishermen protesting with black flags on their boats in Narmada were also detained.

"The district collector told us that they have created structures in the dam so that Hilsa can jump to the other side. But Hilsa doesn't jump, salmon does and even if it does, it can only breed in brackish water and not the sweet water which will be collected in the reservoir of the barrage," he adds.

The community has written letters to the administration but has not received any reply. It is now planning to challenge the barrage in the National Green Tribunal.