The government extended the deadline for implementation of the Act, citing the states’ lack of preparedness as one of the reasons 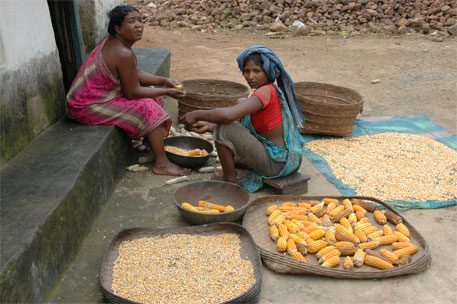 Terming the Centre’s move of giving three extensions to states for the implementation of the food security Act as ‘illegal’, human rights organisation People’s Union for Civil Liberties (PUCL) has approached the Supreme Court.

PUCL has sought the apex court’s immediate intervention in the matter, saying the extension has deprived two-thirds of India’s population of its rights.

In 2001, PUCL had filed a writ petition and paved the way for the landmark National Food Security Act, 2013, which entitled 67 per cent of the population to receiving cheap grains. Section 10(1) of the Act strictly states that the Act must be fully implemented in a year.

The Act came into force on July 5, 2013, and was to be fully implemented by July 2014. But the government issued three notifications for the extension of the deadline, delaying implementation until September 2015.

The government cited the states’ lack of preparedness and inability to identify beneficiaries in the given time limit as reasons for extension.

PUCL filed the petition separately on May 8, 2015, raising the issue of delay in the realisation of the Act and in publication of the final list of socio-economic caste census 2011 for identification of priority and Antyodaya Anna Yojana households.

The petition questions the non-implementation of maternity benefit as mentioned in the Act. Under section 4(b) of the Act, a pregnant and lactating woman is entitled to a benefit of Rs 6,000.

The petition highlights issues related to the lack of infrastructure in schools and anganwadi buildings in terms of kitchen, drinking water and sanitation facilities.

The petition also points out shortcomings in the implementation of the mid-day meal programme and Integrated Child Development Services (ICDS) according to the Act. Under section 4(a), section 5(1) (a) and section 6 of the Act, free meals are to be provided to children up to the age of six and nutritional support to lactating mothers through anganwadis.

The petition has not yet been listed due to the court’s summer vacation.

Report in the matter of: Writ Petition (Civil No.196 OF 2001) People's Union for Civil Liberties vs. Union of India & Ors on public distribution system