As per a recent assessment by the UN, over 4.8 million people are severely food insecure in the country 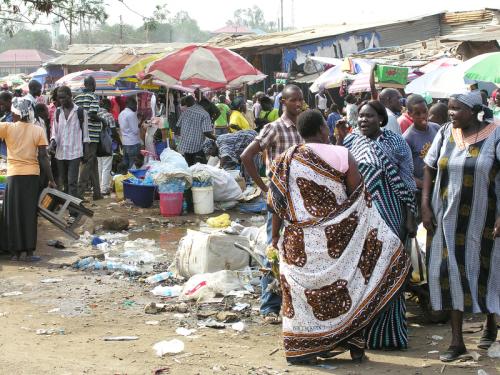 Millions of people facing hunger in South Sudan will be driven to the brink of catastrophe if renewed flashes of violence derail the fragile peace process, UN’s Food and Agriculture Organization has said. The FAO called for calm and stability, warning that if peace does not hold, the human costs of recent fighting in Juba will be compounded by deepening hunger across the entire country.

The most recent assessment, released in June, said that over 4.8 million people are severely food insecure in South Sudan. The assessment projected severe food shortages over the months to come and warned of the risk of hunger crises in parts of the country.

Clashes have continued to flare in the world’s youngest country even though the government and opposition signed a peace deal in August last year to end the conflict that erupted in December 2013.

Amid the ongoing violence, the FAO’s Juba warehouse was ransacked last week when stocks of essential supplies like seeds and tools earmarked to help food insecure people across the country save their livelihoods, were looted. The Organization is currently assessing the full extent of the losses.

The conflict that arose from differences between current president Salva Kiir and his former deputy Riek Machar, has killed more than 10,000 people and displaced more than 2 million from their homes already. The recent clashes have been the most violent since the end of two-year civil war in August 2015.

"And while we hope that the situation will hold, violence may flare up again. If the tenuous peace process falters, the consequences will be widespread and an already dire situation, in which over half the nation's population is food insecure, could get much, much worse," said FAO Country Representative Serge Tissot.

"We have to remember that peace and food security are two sides of the same coin - it's the currency that drives development and prosperity. The future of the country depends on the people of South Sudan making a firm and lasting commitment to peace, now," said FAO Director-General José Graziano da Silva.

The U.N. World Food Programme, one of three agencies behind the statement, said it expected to assist 3.3 million people this year with emergency food assistance, life-saving nutrition support and other aid.