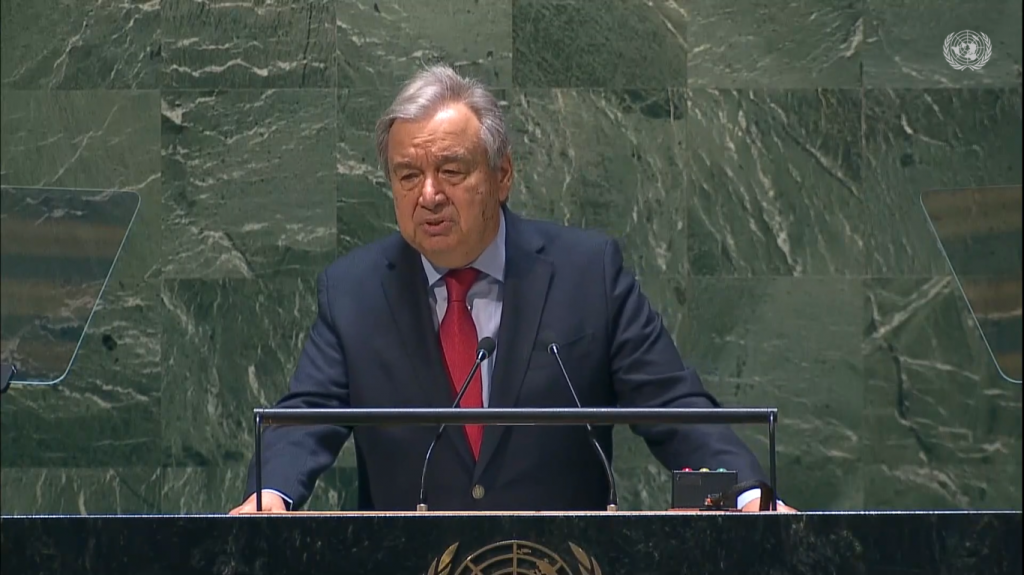 Urgent action is needed to pull the world out of the unprecedented crisis caused by the global pandemic, Russia’s protracted invasion of Ukraine combined with deepening inequality in access to resources, flagged United Nations Secretary-General António Guterres.

The various socio-economic and climatic challenges have made it all the more difficult for countries to achieve the UN-mandated Sustainable Development Goals, he said, and it may be “too late” if action isn’t taken NOW to overcome them.

Global policy-makers know what to do, he said, listing out:

The Russia-Ukraine war has derailed recovery from pandemic across the globe as well as climate action at the necessary pace, Guterres noted. Developing countries, however, have been disproportionately affected because of global and national inequality as well as lack of basic infrastructure, he added.

“Developing countries are missing $1.2 trillion per year, just to fill the social protection gap; and 60 per cent of developing economies are currently in, or at high risk of, debt distress,” the UN secretary-general said.

He outlined four broad solution areas that can prevent the world from succumbing to the multi-pronged challenges: Recovery from COVID-19 in every country; tackling food, energy and financial crises; investing in people; and working towards climate goals without delay.

Containing the current pandemic as well as building strategies and capacities to prevent future outbreaks should be in focus, Guterres said. Equitable distribution of vaccines, medical technologies and supplies as well as ramping up production of the same are of utmost importance, he highlighted.

Climate emergency is reigning supreme in every corner of the world, ruining ecosystems -- oceans and forests -- and impacting biodiversity.

A more prudent rationing of climate finance and “more concessional funding, especially in relation to climate adaptation” are the need of the hour, he underlined.

“While achieving this goal requires a reduction in global emissions of 45 per cent below 2010 levels by 2030, current pledges would result in a 14 per cent increase in emissions by that date,” Guterres said.

Ending dependence on fossil fuels and swift transition to renewable energy is the top priority in mitigating this climate crisis.

The following measures are imperative in this regard, he said:

To stabilise the food, energy and financial situation, an overhaul of the global financing system is required to favour the developing world, which is currently not the case, according to the UN chief.

“Ukraine's food production, and the food and fertilizer produced by Russia, must be brought back to world markets — despite the war,” he suggested.

Apart from global disparity, internal inequality in developing countries also need to end, he added, and for this, they need financial support from the developed world. “We should not forget that the majority of poor people do not live in the poorest countries; they live-in Middle-Income Countries.”

Guterres also stressed on the need for reinforcing educational structures to ensure people have the skills to protect communities from challenges like those plaguing the world at present.

For this, he urged governments to use The Global Accelerator on Jobs and Social Protection for Just Transitions. This tool, he said, should be used to reskill and retool their workforce for more digital- and sustainable energy-driven economic activities.