Fleeing brutality, the Rohingya refugees in Bangladesh have been settled along elephant corridors, sparking conflict with the gentle giants of forests, who have been, in turn, displaced 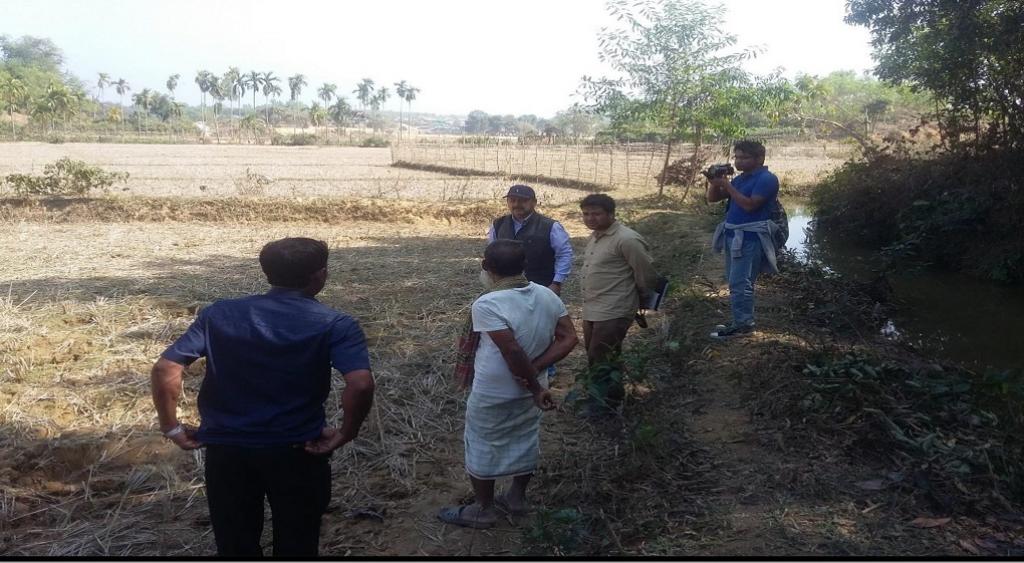 Nobody could have cared less if they were the size of a regular household bull – or at least they would have cared less – but they are not; they are elephants. Some weigh up to 5 tonnes but despite the enormous size, they are easily scared when they see something unusual. Nowadays, these magnificent mammals from the hills of Cox’s Bazar are being scared by the Rohingya camps.

Bangladesh was completely taken aback when the sudden influx began in August 2017.The Rohingya refuges did not care if there was any place for them to live or enough supplies to eat – scared to death, they just crossed the border to flee one of the most brutal ethnic cleansings in world history by the Myanmar government. They were everywhere – paddy fields, roadsides ditches; in fact, they filled up every empty space near the border. 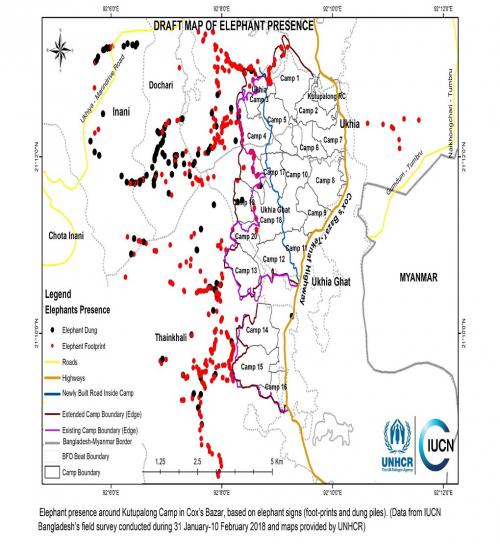 It took the government in Bangladesh several months to recuperate and think of a solution. Around 80% of an official total of 700,000 of the refugees were sent to makeshift camps on the sides of the hills in Cox’s Bazar.

At least 12 people have been killed by different elephant stampedes in the Rohingya camps in Cox’s Bazar since the camps were built. 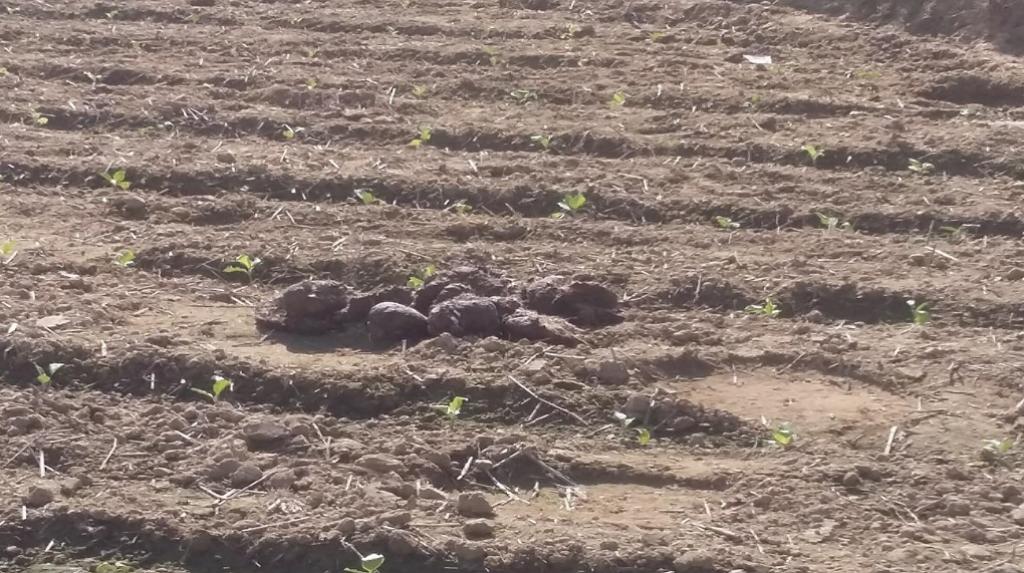 There are two likely consequences to this. First: the elephants will continue disliking the unwanted intruders in their area and keep on attacking the refugees that are suddenly in what were their forest homes.

Second: The refugees might retaliate by either killing or scaring them away. A recent study by the International Union for Conservation of Nature (IUCN) has found that the elephants have already changed their movement pattern.

Alarmingly, the predicted trajectory takes the new corridor through that part of the border where the Myanmar government has planted hundreds of explosive mines to prevent the Rohingyas from going back.

The local authorities have cleared a staggering 5,800 acres of hilly forest land to make room for the refugee camps. This is another reason why the elephants, who need the trees for food, have started to come down near the humans. 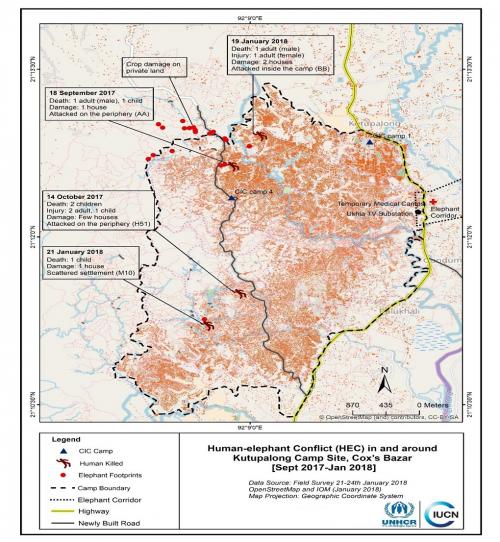 Like every humanitarian crisis, women and children are the most vulnerable.

“In one such elephant attack on the Balukhali Camp-1 in October [2017], there was a woman and three children among the dead. They started running to and fro when the elephants first came down. Some of them used sticks and stems to beat and scare the elephants away,” said Mohammed Kislu, an inspector at the police station in Ukhiya.

The UNHCR realized the seriousness of the human-elephant conflict after seeing private videos taken during the elephant stampedes. Dealing with this conflict is now part of a greater plan to address the environmental risks that have come along with the refugee influx, said UNHCR spokesperson Caroline Gluck.

Recently, the UN agency and the IUCN have formed a partnership so that both people and the elephants could be helped because they are equally scared the actions of each other. The plan includes teaching refugees to respond better when an elephant approaches, including by deterring – but not by beating it – from entering the camp.

How to deter an elephant

Abdul Latif, a member of the Rohingya-elephant response team training under the UNHCR-IUCN project, has seen at least 14 elephants since they came to Bangladesh in August 2017.

“We had no idea what to do when they [the elephants] invaded. Everyone was shouting and running around madly. Everyone was running into each other,” he said about the first elephant attack in September 2017.

As more attacks came, they organised themselves and each night, volunteers would stay awake in turns to raise alarm in case they spotted any suspicious movement in the dark hillsides. They didn’t have any equipment – they were only told to shout at the top of their voice in case of an elephant emergency to drive the elephants away and to awake the sleeping refugees. 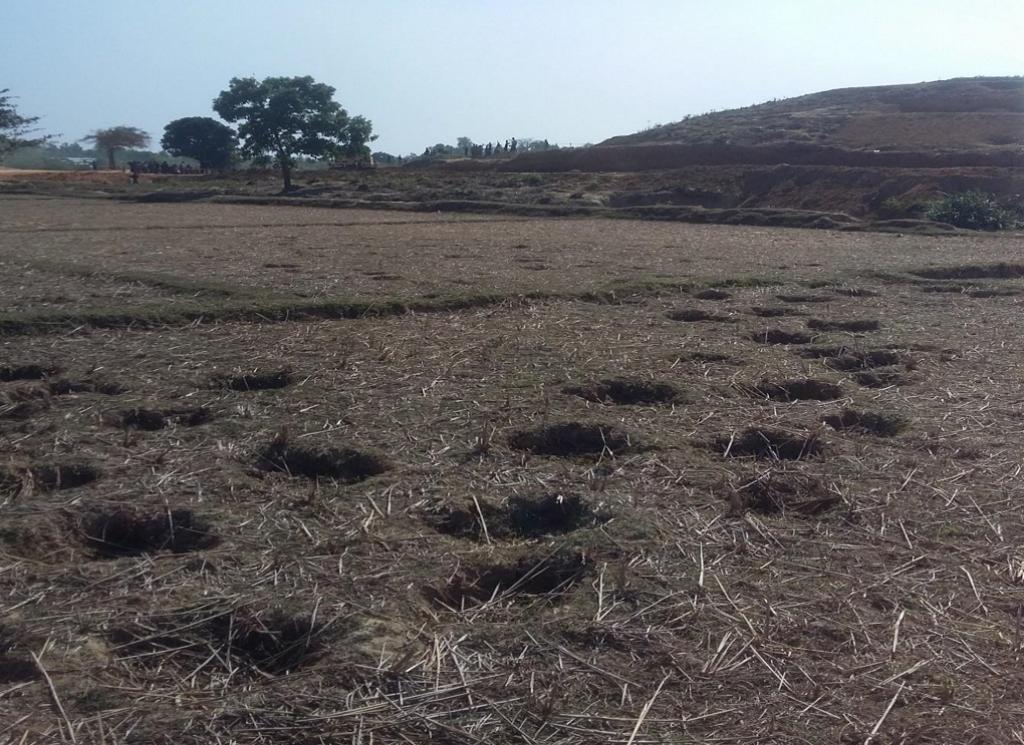 The training was simple: presentations on the history and character of the Asian elephant, designed to increase their respect for the animal; some team-building exercises; and a mock elephant incursion with three of the trainees on their knees, lurching at their friends, while the others imitated guiding the elephants away and keeping back onlookers. The responders have been given flashlights, spotlights and whistles.

Motaleb said the key to training the elephant response teams was in teaching them to control the crowds and to ensure that groups of no more than 10 people were responsible for protecting the elephants and guiding them away from the camp. In the past, he said, the refugees would surround the elephants on all sides, aggravating them and leaving them no way to escape — and that’s when they would lash out.

UNHCR spokesperson Caroline Gluck said they were working to creating a better environmental awareness, both among the refugees and the host community, to try and better preserve the fragile environment.

Mohammad Al-Masum Molla is a Dhaka based journalist