The report recommends several relaxations in a previous notification, aimed at boosting tourism and real estate 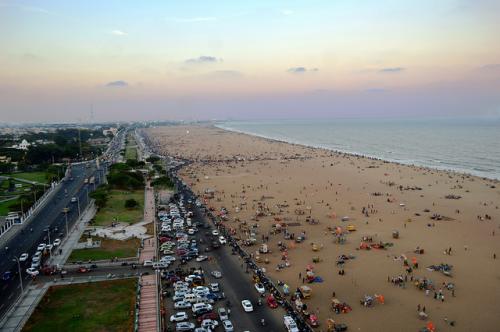 A Coastal Regulation Zone (CRZ) committee report recommending several changes in the CRZ notification of 2011 was finally released under Right to Information (RTI) Act this week. The report has been kept away from public eye so far and the release comes 18 months after it was submitted. An RTI query was filed to get the report in February 2015 by Kanchan Kohli of the Centre for Policy Research.

The Sailesh Nayak committee report was commissioned in June 2014 after states expressed dissatisfaction regarding the limitations set by the CRZ notification of 2011. The report was submitted in January 2015 after rounds of stakeholder meetings with representatives from coastal states.

The committee, which was headed by the former secretary of the Ministry of Earth Sciences, recommended several relaxations in the terms set by the 2011 notification. It also endorsed dilution of regulatory powers held by the central government in coastal areas. The recommendations have been put forth with the objective of giving a boost to tourism, port construction and real estate.

On development and construction, the report recommends that all activities except those requiring environmental clearances should fall under the ambit of the state and local planning bodies instead of being regulated by central policy. The areas affected by this amendment would be coastal towns, rural areas and waters up to 12 nautical miles from the coast.

For rural areas with a population density of over 2,161 persons/sq km, the committee has recommended that the “no-development buffer zone” be limited to 50m from the High Tide Line (HTL). For other areas, the buffer has been recommended at 200m from the HTL. This HTL, though has not been determined for the country’s coastline yet and is currently being put together by the National Centre for Sustainable Coastal Management.

The report has also called for allowing reclamation of lands for specific infrastructure such as ports, bridges and fisheries-related structures for the “larger public interest”. The recommendations make a case for allowing temporary tourist facilities in no-development zones in coastal areas as well as permanent structures on the landward sides of national/state highways when these pass through these zones.

Further, especially considering the plea from the government of Maharashtra, the panel has suggested that urban planning rules prepared by local authorities be prioritised for slum development and rehabilitation instead of the 2011 regulations which were deemed restrictive by states. States would also be able to decide the Floor Area Ratio for construction activity in coastal areas if the recommendations are implemented.

The committee has suggested that the central government’s role in coastal areas be limited to environmental clearances and regulating environmentally-sensitive areas.

Although the report details meetings with different state representatives and correspondence with representatives from coastal states, there was no consultation with coastal communities according to the details in the report.

The Information Commissioner in charge of ensuring the release of the report has observed that it is the roadmap for amendments proposed by the ministry. Despite this, the recommendations have been shielded from public scrutiny so far.

Although these are yet to be implemented by the centre in entirety, parts of the recommendations have been incorporated in other proposals for individual projects pertaining to coastal roads, ports and monuments as well as in separate draft policies that have been released for public comments.