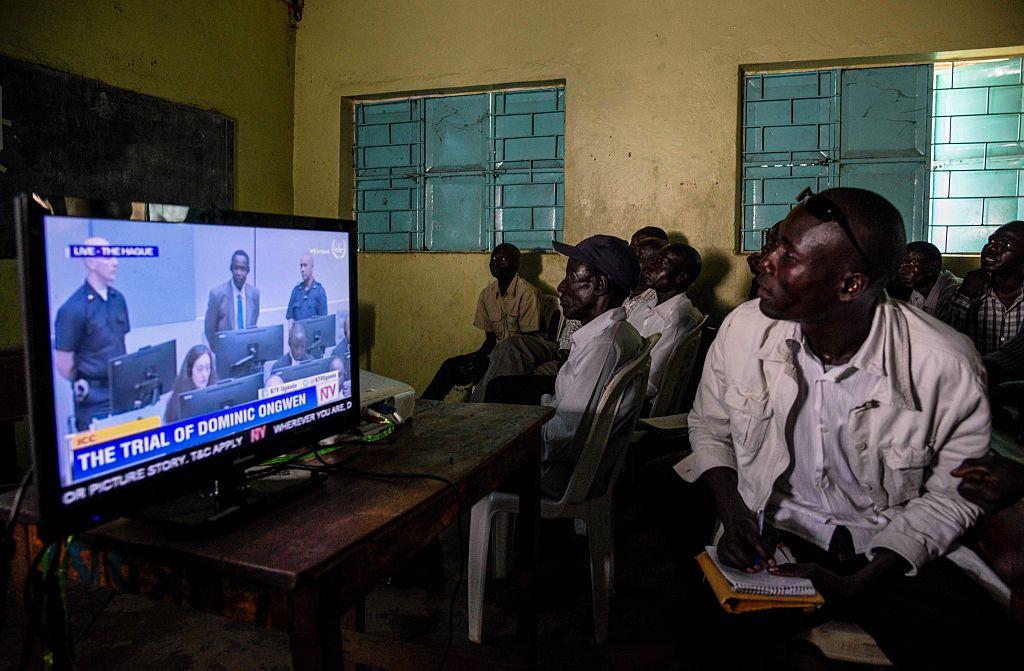 Some 40 million people are enslaved around the world today, though estimates vary. Modern slavery takes many different forms, including child soldiers, sex trafficking and forced labor, and no country is immune. From cases of family controlled sex trafficking in the United States to the enslavement of fishermen in Southeast Asia’s seafood industry and forced labor in the global electronics supply chain, enslavement knows no bounds.

As scholars of modern slavery, we seek to understand how and why human beings are still bought, owned and sold in the 21st century, in hopes of shaping policies to eradicate these crimes.

Many of the answers trace back to causes like poverty, corruption and inequality. But they also stem from something less discussed: war.

In 2016, the United Nations Security Council named modern slavery a serious concern in areas affected by armed conflict. But researchers still know little about the specifics of how slavery and war are intertwined.

We recently published research analyzing data on armed conflicts around the world to better understand this relationship.

What we found was staggering: The vast majority of armed conflict between 1989 and 2016 used some kind of slavery.

We used data from an established database about war, the Uppsala Conflict Data Program (UCDP), to look at how much, and in what ways, armed conflict intersects with different forms of contemporary slavery.

Our project was inspired by two leading scholars of sexual violence, Dara Kay Cohen and Ragnhild Nordås. These political scientists used that database to produce their own pioneering database about how rape is used as a weapon of war.

The Uppsala database breaks each conflict into two sides. Side A represents a nation state, and Side B is typically one or more nonstate actors, such as rebel groups or insurgents.

Using that data, our research team examined instances of different forms of slavery, including sex trafficking and forced marriage, child soldiers, forced labor and general human trafficking. This analysis included information from 171 different armed conflicts. Because the use of slavery changes over time, we broke multiyear conflicts into separate “conflict-years” to study them one year at a time, for a total of 1,113 separate cases.

Coding each case to determine what forms of slavery were used, if any, was a challenge. We compared information from a variety of sources, including human rights organizations like Amnesty International and Human Rights Watch, scholarly accounts, journalists’ reporting and documents from governmental and intergovernmental organizations.

In our recently published analysis, we found that contemporary slavery is a regular feature of armed conflict. Among the 1,113 cases we analyzed, 87 per cent contained child soldiers – meaning fighters age 15 and younger – 34 per cent included sexual exploitation and forced marriage, about 24 per cent included forced labor and almost 17 per cent included human trafficking.

A global heat map of the frequency of these armed conflicts over time paints a sobering picture. Most conflicts involving enslavement take place in low-income countries, often referred to as the Global South.

About 12 per cent of the conflicts involving some form of enslavement took place in India, where there are several conflicts between the government and nonstate actors. Teen militants are involved in conflicts such as the insurgency in Kashmir and the separatist movement in Assam. About 8 per cent of cases took place in Myanmar, 5 per cent in Ethiopia, 5 per cent in the Philippines and about 3% in Afghanistan, Sudan, Turkey, Colombia, Pakistan, Uganda, Algeria and Iraq.

This evidence of enslavement predominately in the Global South may not be surprising, given how poverty and inequality can fuel instability and conflict. However, it helps us reflect upon how these countries’ historic, economic and geopolitical relationships to the Global North also fuel pressure and violence, a theme we hope slavery researchers can study in the future.

Typically, when armed conflict involves slavery, it’s being used for tactical aims: building weapons, for example, or constructing roads and other infrastructure projects to fight a war. But sometimes, slavery is used strategically, as part of an overarching strategy. In the Holocaust, the Nazis used “strategic slavery” in what they called “extermination through labor.” Today, as in the past, strategic slavery is normally part of a larger strategy of genocide.

We found that “strategic enslavement” took place in about 17 per cent of cases. In other words, enslavement was one of the primary objectives of about 17 per cent of the conflicts we examined, and often served the goal of genocide. One example is the Islamic State’s enslavement of the Yazidi minority in the 2014 massacre in Sinjar, Iraq. In addition to killing Yazidis, the Islamic State sought to enslave and impregnate women for systematic ethnic cleansing, attempting to eliminate the ethnic identity of the Yazidi through forced rape.

The connections between slavery and conflict are vicious but still not well understood. Our next steps include coding historic cases of slavery and conflict going back to World War II, such as how Nazi Germany used forced labor and how Imperial Japan’s military used sexual enslavement. We have published a new data set, “Contemporary Slavery in Armed Conflict,” and hope other researchers will also use it to help better understand and prevent future violence.