Sub-Saharan Africa shows the way: A quarter of parliamentarians are women

In Mali, female representation in parliament increased by 19.5 percentage points; Burundi with 41% women parliamentarians in the upper house, topped the chart 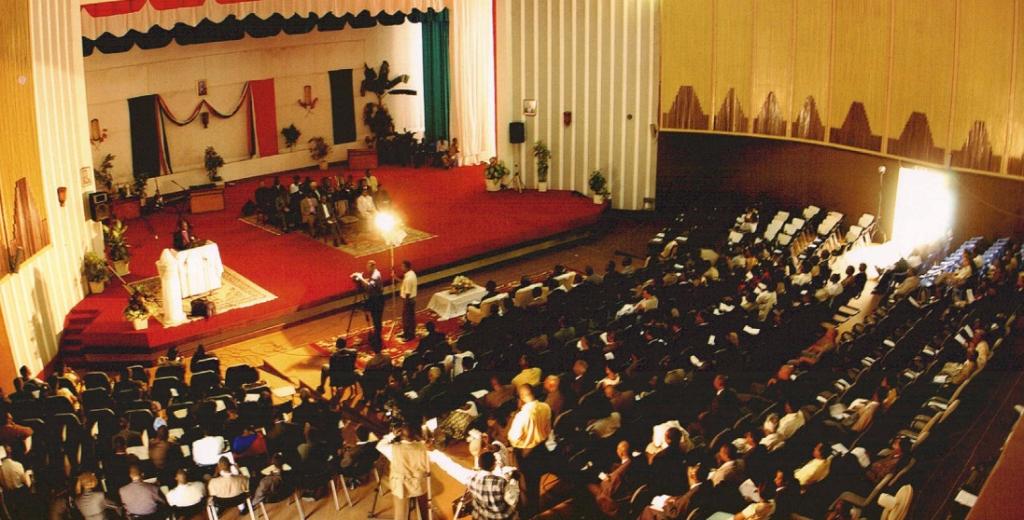 Inside the Parliament of Burundi. The country has among the highest number of female parliamentarians in sub-Saharan Africa. Photo: Wikimedia Commons

Every fourth parliamentarian in sub-Saharan Africa last year was a woman, according to a recent report

The region ranked at third position after the Americas and Europe with an increase by 0.6 points since 2019, according to the report released ahead of International Women’s Day.

Burundi (bicameral), Tanzania (unicameral) and Cameroon (lower chamber) topped the list in the region yet again, with 30 per cent or more women parliamentarians,

Burundi has 38.2 per cent of women parliamentarians in the lower house (the National Assembly) and 41 per cent in the upper house (The Senate). This has been due to the implementation of gender quotas in the country in 2005.

Burundi was among the few countries in the world that adopted a gender quota for its legislature for promoting the inclusion and participation of women in the political process.

The country’s new constitution in 2018 provides for maintaining a minimum 30 per cent gender quota for women’s representation in the legislature and the executive branch and extends it to the judiciary.

In Liberia, Madagascar and Ghana, less than 15 per cent of parliamentarians were women. Burkina Faso also slipped in ensuring women representation in its parliament, according to the report.

The Comoros, Niger and Mali performed exceptionally well. With less than 15 per cent of women parliamentarians, these countries recorded double-digit increases in women’s representation in their parliaments.

Women’s representation in Mali had been slowly decreasing since the late 1990s. It had remained less than 10 per cent for over a decade.

But Mali saw the largest progress in terms of the number of seats held by women among all countries holding parliamentary elections in 2020.

The percentage of women MPs tripled to nearly 29 per cent from 9.5 per cent previously, thanks to the quota law adopted in 2015.

Mali’s parliament was replaced by a Transitional National Council later in 2020, where women hold 26 per cent of the seats.

At least 30 per cent of elected and appointed officials were required to be women according to the “quota law”.

Only 1.2 per cent of the parliament seats in Niger were held by women. This had increased to 14.6 per cent in the 2016 elections.

But the level of women’s representation in the single-chamber parliament jumped 11 points to reach 25.9 per cent in 2020.

This has been attributed to the reform in the gender quota in 2019. This increased the quota target from 10 per cent for elected positions and 15 per cent for nominated offices, to 25 and 30 per cent, respectively.

The representation of women in parliament globally increased by 0.6 points, according to the report, titled Women in Parliament by the Inter-Parliamentary Union, the global organisation of national parliaments.