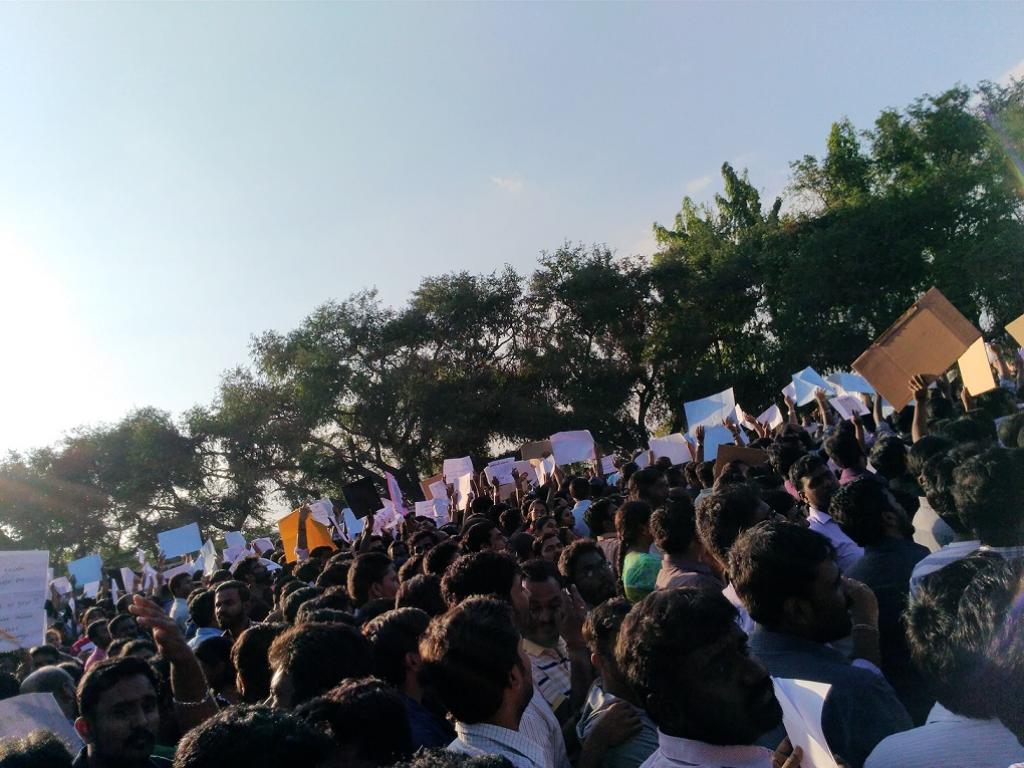 Thoothukudi heaves a collective sigh of relief. People are celebrating their win tonight against Sterlite and Vedanta. Their 23-year-old struggle comes to an end. On Monday evening, the Tamil Nadu government passed a government order (GO) to shut down the Serlite copper smelting plant permanently.

Villagers at Kumarediyapuram were jubilant listening to the news. Just this afternoon the atmosphere in the village had been tense. People were worried, angry, confused and regretful at the unfortunate turn of events on May 22 when, they claim, 27 people had died in police firing. Other unofficial reports had put the number between 35-45. The death toll, according to the government is 13.

They felt guilty for these people who had died and were injured. They were enraged at the media from Delhi for coming now when people had died. “Where was the Delhi media when we sat for hundred days on protest?” an elderly woman from the village asked.

They themselves had been arrested just before the day of the protests and packed into police vehicles. They had suffocated in there and had been dropped off here and there by the police.

People of Kumarediyapuram have been part of this struggle against Sterlite for the past 23 years. They have lost many of their loved ones to cancer and to other ailments. Down To Earth spoke to three women who have been part of this struggle and all three spoke about the different ways in which the Sterlite factory has affected their lives. Their health, environment and livelihoods have been put at stake for the sake of keeping the plant in operation. Now, when the health of their children and grandchildren started getting affected, they wanted all this to stop. They wanted Sterlite to close. And just sometime later, almost as if answering their call the plant was ordered to shut down.

Shortly after the order was passed, the current district collector, Sandeep Nanduri, visited the Sterlite plant in SIPCOT complex and sealed the factory permanently. Fatima Babu, an environmental activist who has been at the forefront of this struggle since its inception, was also present to witness the historic moment.

Speaking to media after the event, Nanduri clarified that “the Sterlite plant has been permanently sealed and there should be no confusion about it”.

Fatima Babu, who was meeting the residents of Kumarediyapuram just before she arrived at the plant, was ecstatic. It was befitting that she was with those people, who fought along with her, when the shut down was announced by the state government. “It is nothing short of a miracle, isn’t it?”, she told Down to Earth. There were smiles on every resident of the village that bore the brunt of Sterlite’s pollution.

Earlier in the day, the deputy chief minister of Tamil Nadu, O Panneerselvam visited Thoothukudi government hospital to meet the victims of police firing. He asserted that the government will take resolute steps for permanent closure of Vedanta group's copper plant.

Postmortems of the dead bodies of the people who had died in the police firing are also being carried out and the bodies will be handed over to their families on May 30. The state government also announced an increase in the compensation to the victims.

Along with a blanket ban on Sterlite, environmental activists have been demanding Vedanta to clean up the mess that they have made in the last 23 years.

While initial report in 1998 by National Environmental Engineering Research Institute on environmental impact was highly critical of the Sterlite plant, the same institution, after a few months later in 1999, gave a clean chit to the copper smelting plant.

Last week, protests over the plant turned violent, with 13 people getting killed during police firing. Although Section 144 was lifted on Sunday, tension prevailed in the area.

Sterlite Copper is a unit of Vedanta Ltd, operating a 400,000-tonne per annum capacity plant here.