The standard is open, almost

e-governance software platform may not be open-source 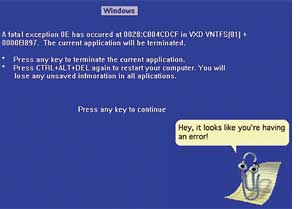 INDIA’s draft policy on the software platform for e-governance has made a concession for proprietary software businesses like Microsoft. Proponents of open-source software called it a major departure from the Union government’s earlier stand, saying allowing proprietary software in the standards will limit people who can e-access the government. At the heart of this controversy is a change in the ‘Recommended Policy on Open Standards for e-governance’.

Earlier drafts of the e-governance policy, which the Department of Information and Technology has been fiddling with since 2007, intended to provide services such as data access, bill payments and interactive governance for free to the public via the Internet.


The policy was meant to provide a single royalty-free standard for all e-governance software operations and free users from the restriction of one technology. Such standards allow different software systems to work together seamlessly. For example, it could connect villages, schools, colleges and hospitals via the Internet to provide quick and free information to everyone.

The new draft released in November 2009—the fourth since 2007—says if open standards are not found feasible for larger public good, proprietary standards can also be used. This is self-defeating for a policy on open standards, said Prabir Purkayastha, chairperson of the non-profit Knowledge Commons, which campaigns for open standards. A leading open-source software developer, who did not want to be named, said this would create a double burden on the taxpayer. First, the public pays when the data is created (because it is public money), and then public money is spent again when the data is accessed, he said.

“Microsoft Office generates 40 per cent of the company’s revenue,” said Purkayastha, adding that Microsoft’s business in India will be hit if India adopts the open standard. He said the government ignored its own expert committee, which had suggested open standards.

Government officials said the expert committee’s report was not practical. “The main objective is inter-operability. Looking at the current constraints of users or market, it does not seem feasible,” said Shankar Agarwal, joint secretary of e-governance at the Department of Information and Technology. “We cannot give a deadline by which time all e-governance operations would have an open standard,” he added.

If the standard is proprietary, the government will be pliable to software vendors. “Let us suppose data is stored in MS Excel in the Unique National ID project led by Nandan Nilekani, former co-chairperson of Infosys Techno-logies,” said P Vigneswara Ilavarasan, assistant professor at IIT, Delhi. “If Microsoft changes the version later, the government will have to pay more to access its own data. Why let a foreign company control our data if it is possible to use an open standard and even customize it?” Ilavarasan asked.

A lot of web content, like the Supreme Court of India’s case history webpage, does not open on a web browser other than MS Internet Explorer. “Most of them used Microsoft Frontpage software to create the website and it opens only on the Internet Explorer,” said Ilavarasan.

To have Explorer, one needs to have the Windows XP operating system and for that, one needs an expensive Pentium-4 processor. A user has to either buy Windows’ latest version or use a pirated one, leading to another expenditure on anti-virus software.

“All this can be done away with if an open standard is available,” he said.