United Nations Economic Commission for Africa says Zimbabwe is the most unsafe, with highest road accident deaths at 34.7 per 100,000 people

Despite the lowest level of motorisation in the world, Africa is most prone to traffic-related accidents with 26.6 deaths per 100,000 people, according to the United Nations Economic Commission for Africa (UNECA).

According to the UNECA, the risk of a road traffic death remains three times higher in low-income countries than in high-income countries. In India 22.6 deaths per 100,000 people has been recorded.

Pedestrians are the most at risk

Across the world, people who travel by car make up 29 per cent of all deaths, but in the African region the highest proportion of deaths are among the pedestrians at 39 per cent. 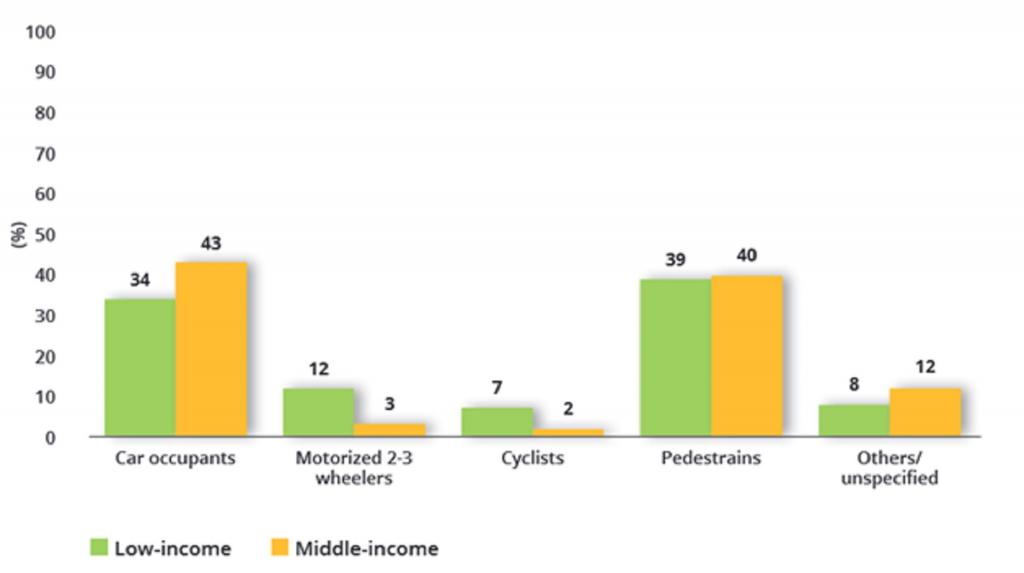 But despite this, the African countries perform poorly in road safety management, says UNECA. While some countries have made progress with regard to post-crash care, and passed legislations to regulate road traffic risk factors such as vehicle safety standards. A majority of African countries have lax rules on speed limits, child restraints and drunk driving.

Only 40 countries in the African region have an agency that leads national road safety efforts. Currently, 29 countries have a national strategy for road traffic safety that is fully or partially funded, and another 5 have road safety listed in multiple strategies.

The UNECA made this urgent call amid the ongoing United Nations Global Road Safety Week, which is being celebrated globally, from May 6 to 12, with the  theme — Leadership for Road Safety — acknowledging  that a stronger leadership is needed to advance road safety in countries and communities worldwide.