Why are nomads being evicted from Jammu and Kashmir? 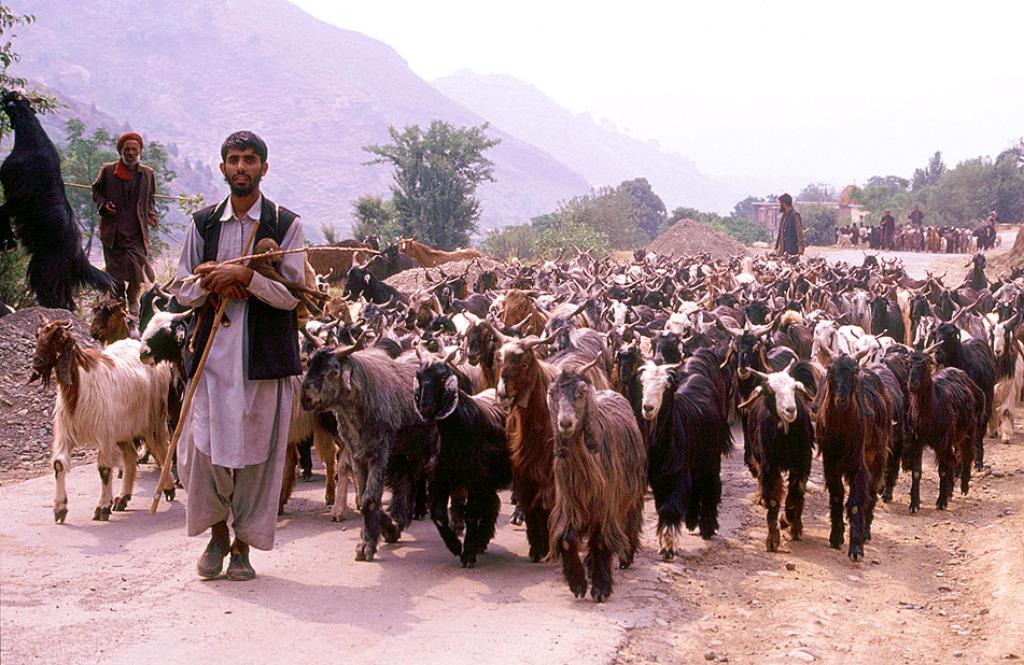 Nomads of Jammu and Kashmir — mostly from the Gujjar and Bakkarwal communities living in temporary sheds or mud houses in forests and mountains — are being allegedly forcibly evicted by the government. Several videos of hutments being demolished surfaced in November 2020, triggering outrage from several political quarters.

In early November, a video of a hutment being demolished in the hills of Pahalgam went viral on social media. Officials claimed the drive was launched in response to a July 2019 high court order, calling on the administration to recover encroached forest land.

Nomads use Dokas (mud sheds) when they migrate to the hills with their flock in summer.

Among other videos from Pahalgam that went viral on social media, some officials from the forest department, along with the police, were seen removing fences and razing brick houses at the foothills near a famous resort in South Kashmir.

The drive came a few days after the Jammu and Kashmir High Court declared the ‘Roshni Act’ illegal and unconstitutional. The scheme, introduced in 2001, had allowed ownership of government land occupied by some people against a fixed amount.

The scheme envisaged conferment of proprietary rights of around 20.55 lakh kanals (2.56 lakh acres) of land to occupants to earn the targeted Rs 25,000 crore for investment into hydroelectric projects.

Later, a comptroller and auditor general report estimated that against the targeted Rs 25,000 crore, only Rs 76 crore had been realised from the transfer of land into private ownership.

The scheme also ran into controversy over allegations of irregularities in the transfer of land. The Jammu and Kashmir High Court in October pronounced the Roshni Act “completely unconstitutional, contrary to law and unsustainable” and ordered a probe by the Central Bureau of Investigation into the ‘land scam’.

Later, the J&K government voided all land dealing under the Act and gave itself six months to retrieve all the land transferred under the scheme.

Though the administration has denied it, the evictions in Pahalgam are seen both in the light of the 2019 High Court order to retrieve encroached forest land and the annulment of the Roshni Act. This together makes up for a huge chunk of the state land.

In its filing before the court last year, the forest department had stated that 64,000 people had illegally occupied 17,704 hectares forest land.

But it was the retrieval of the land on the ground, its alleged selectivity in targeting nomads and the consequent politics that made the drive controversial.

Soon after the viral video of the demolition of hutment, former J&K chief minister Mehbooba Mufti visited Pahalgam to meet the victims. She claimed the objective of the drive was “to disposses” Kashmiris.

“The Gujjars use log and mud sheds in pasture lands during the grazing season. They are part of the forest and our environment. Sadly, a drive has been launched to demolish these structures which they use as temporary shelters during summers,” Mehbooba had said during a small gathering of nomads.

“Does this mean that these tribes can no longer go to pastures? Is this what the part two of the displacement scheme was about? Who do they intend to sell the forest land to?”

When contacted, the officer of Pahalgam Development Authority, Mushtaq Ahmad Simnani, said they were following the HC order about vacating forest, wildlife and the other government land. He said they had retrieved around 1,050 kanals of land so far.

“There are around 4,000 kanals of land under illegal occupation in 18 villages of Pahalgam,” Simnani said.

However, across Kashmir, such forcible vacation of the land occupied by tribals is seen as part of a design to retrieve land from the locals and hand it over to outsiders and corporates. The administration has been tarrying over the implementation of the Scheduled Tribes and Other Traditional Forest Dwellers (Recognition of Forest Rights) [FRA] Act, 2006, despite the law becoming applicable to Jammu and Kashmir following the revocation of Article 370.

On November 18, the J&K government announced that it would implement the FRA weeks after the government’s eviction drive against nomads. Though enacted in 2006, the Act didn’t apply to J&K as under Article 370 central laws didn’t automatically extend to the former state.

Over the past 15 months, the Centre has extended a majority of central laws to J&K, but has stopped short of implementing the FRA. Many an observer and politicians see it as a deliberate omission to divest tribals of their inherent right to forest land.

“While hundreds of new provisions of laws have been introduced without any consultation with local stakeholders and mostly not beneficial to us, the few laws that could result in some benefit to the residents to the state are not being implemented. One of them is the FRA, 2006, which could provide a legal framework for Gujjar and Bakerwal rights on forest land,” Mehbooba said.

She added that while lands are being requisitioned in bulk, the Central land Acquisition Act is not being implemented so that the landholders remain deprived of the benefits therefrom.

The government, however, is set to implement the law now. According to the government statement, the law will allow “...ownership, access to collect, use, and dispose of minor forest produce, and entitlement to seasonal resources among others”.

It will also ensure that forest dwellers are preserved from “any form of destructive practices affecting their cultural and natural heritage”.

The statement, however, added that the rights conferred under this Act shall be “heritable, but not alienable or transferrable”.

The J&K administration has planned to complete by January 15, 2021 the ‘survey of claimants’ by the forest rights committees to assess the nature and extent of rights claimed at the village-level.

But would the implementation of the law help the evicted forest dwellers?

It will, said Talib Hussain, a tribal rights activist.

“The application of the FRA is our priority. This will give us identity and rights,” said Hussain, who is also known for leading a campaign against the alleged rape of an eight-year-old Gujjar girl that took place in February 2018 in Jammu.

“The law would definitely help the community. This would put halt to what you saw is happening in Pahalgam recently and what has been happening in the Jammu region,” he added.