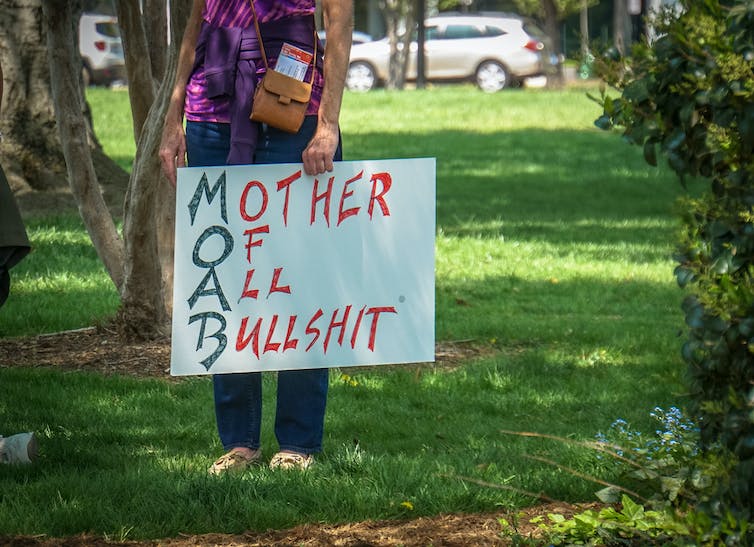 Why is bullshit so harmful? Ted Eytan, CC BY-SA

Since the inauguration of Donald Trump as president, members of his administration have made many statements best described as misleading. During the administration’s first week, then-press secretary Sean Spicer claimed that Trump’s inauguration was the most well attended ever. More recently, Scott Pruitt claimed falsely to have received death threats as a result of his tenure at the Environmental Protection Agency. President Trump himself has frequently been accused of telling falsehoods – including, on the campaign trail, the claim that 35 percent of Americans are unemployed. 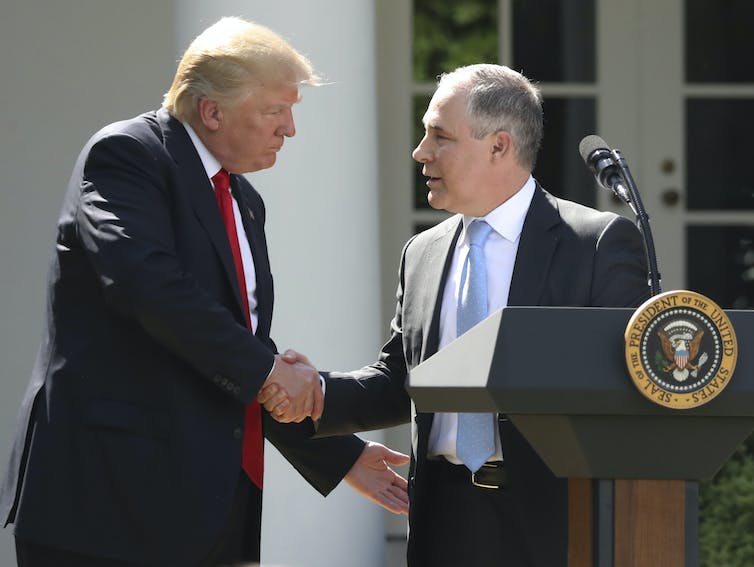 What is extraordinary about these statements is not that that they are false; it is that they are so obviously false. The function of these statements, it seems, is not to describe real events or facts. It is instead to do something more complex: to mark the political identity of the one telling the falsehood, or to express or elicit a particular emotion. The philosopher Harry Frankfurt uses the idea of bullshit as a way of understanding what’s distinctive about this sort of deception.

As a political philosopher, whose work involves trying to understand how democratic communities negotiate complex topics, I am dismayed by the extent to which bullshit is a part of modern life. And what bothers me the most is the fact that the bullshitter may do even more damage than the liar to our ability to reach across the political aisle.

Bullshit does not need facts

Democracy requires us to work together, despite our disagreements about values. This is easiest when we agree about a great many other things – including what evidence for and against our chosen policies would look like.

The case I have made about that tax may well be undermined by some new fact. Biologist Thomas Huxley noted this in connection with science: A beautiful hypothesis may be slain by an “ugly fact.”

The same is true, though, for democratic deliberation. I accept that if my predictions about the tax prove wrong, that counts against my argument. Facts matter, even if they are unwelcome ones.

If we are allowed to bullshit without consequence, though, we lose sight of the possibility of unwelcome facts. We can instead rely upon whatever facts offer us the most reassurance.

Why this hurts society 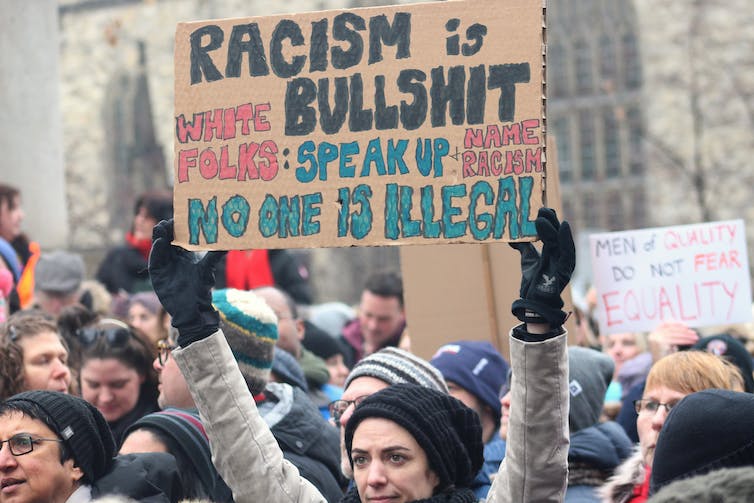 In absence of a shared standard for evidence, bullshit prevents us from engaging with others. Mike Gifford, CC BY-NC

This bullshit, in my view, affects democratic disagreement – but it also affects how we understand the people with whom we are disagreeing.

When there is no shared standard for evidence, then people who disagree with us are not really making claims about a shared world of evidence. They are doing something else entirely; they are declaring their political allegiance or moral worldview.

Take, for instance, President Trump’s claim that he witnessed thousands of American Muslims cheering the fall of the World Trade Center on Sept. 11. The claim has been thoroughly debunked. President Trump has, nonetheless, frequently repeated the claim – and has relied upon a handful of supporters who also claim to have witnessed an event that did not, in fact, occur.

The false assertion here serves primarily to indicate a moral worldview, in which Muslims are suspect Americans. President Trump, in defending his comments, begins with the assumption of disloyalty: the question to be asked, he insisted, is why “wouldn’t” such cheering have taken place?

Facts, in short, can be adjusted, until they match up with our chosen view of the world. This has the bad effect, though, of transforming all political disputes into disagreements about moral worldview. This sort of disagreement, though, has historically been the source of our most violent and intractable conflicts.

When our disagreements aren’t about facts, but our identities and our moral commitments, it is more difficult for us to come together with the mutual respect required by democratic deliberation. As philosopher Jean-Jacques Rousseau pithily put it, it is impossible for us to live at peace with those we regard as damned.

It is small wonder that we are now more likely to discriminate on the basis of party affiliation than on racial identity. Political identity is increasingly starting to take on a tribal element, in which our opponents have nothing to teach us.

The liar, in knowingly denying the truth, at least acknowledges that the truth is special. The bullshitter denies that fact – and it is a denial that makes the process of democratic deliberation more difficult.

Speaking back to bullshit

These thoughts are worrying – and it is reasonable to ask what how we might respond.

One natural response is to learn how to identify bullshit. My colleagues Jevin West and Carl Bergstrom have developed a class on precisely this topic. The syllabus of this class has now been taught at over 60 colleges and high schools.

Another natural response is to become mindful of our own complicity with bullshit and to find means by which we might avoid rebroadcasting it in our social media use.

Neither of these responses, of course, is entirely adequate, given the insidious and seductive power of bullshit. These small tools, though, may be all we have, and the success of American democracy may depend upon our using them well.