With over 30 million households yet to be electrified, Saubhagya Yojna way behind the target

To achieve the target under Saubhagya scheme, the government has to electrify 130, 802 houses each day till December 31, 2018 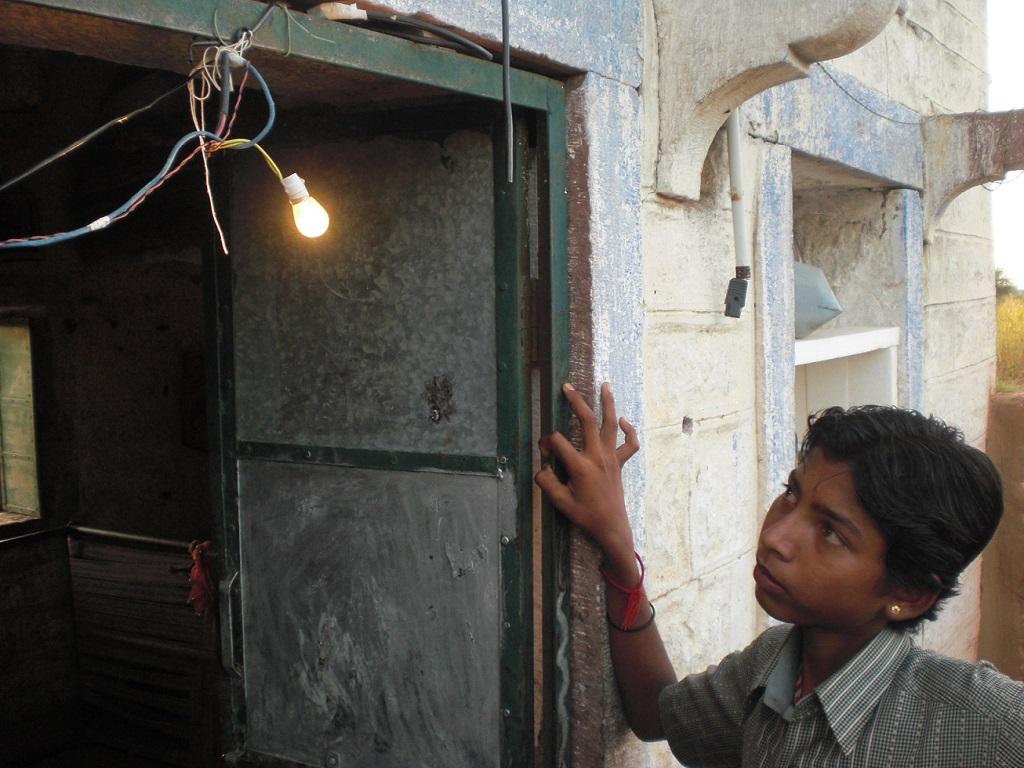 Saubhagya scheme was launched to achieve the goal of giving every household the access to electricity by December 31, 2018. Credit: Jonas Hamberg

Only 46,83,000 households across the country have been electrified, according to data provided by the power ministry on Saubhagya Yojana as on April 23, 2018. Jharkhand is the slowest state to catch up where over 52 per cent of the households have not been electrified, followed by Uttar Pradesh, which has a backlog of close to 44 per cent. 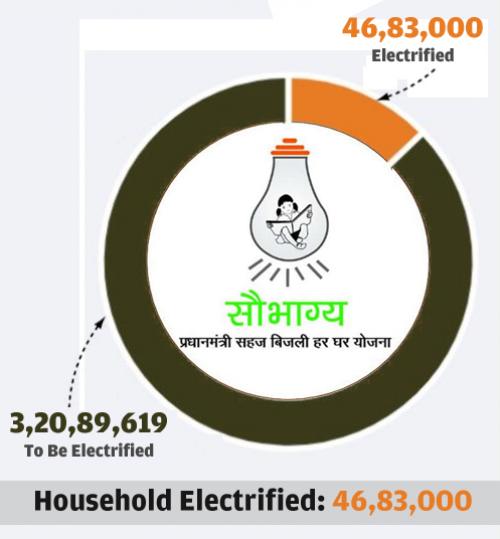 Lack of skilled manpower has been affecting progress of this scheme, according to the Union Minister of State (IC) for Power and New and Renewable Energy, R K Singh. Hence, the power ministry decided to collaborate with the skill development ministry. This collaborative venture, announced on March 28, 2018, is being undertaken as a special project under the government's Pradhan Mantri Kaushal Vikas Yojana in six states: Assam, Bihar, Madhya Pradesh, Jharkhand, Odisha and Uttar Pradesh.

What is Saubhagya Scheme?

PM Narendra Modi launched the Rs16,320-crore Pradhan Mantri Sahaj Bijli Har Ghar Yojana or Saubhagya scheme on September 25, 2017 to ensure last-mile connectivity to willing households to help achieve the goal of giving every household the access to electricity by December 31, 2018. It had a target to complete the electrification of 36,991,617 unelectrified houses by Dec 2018. 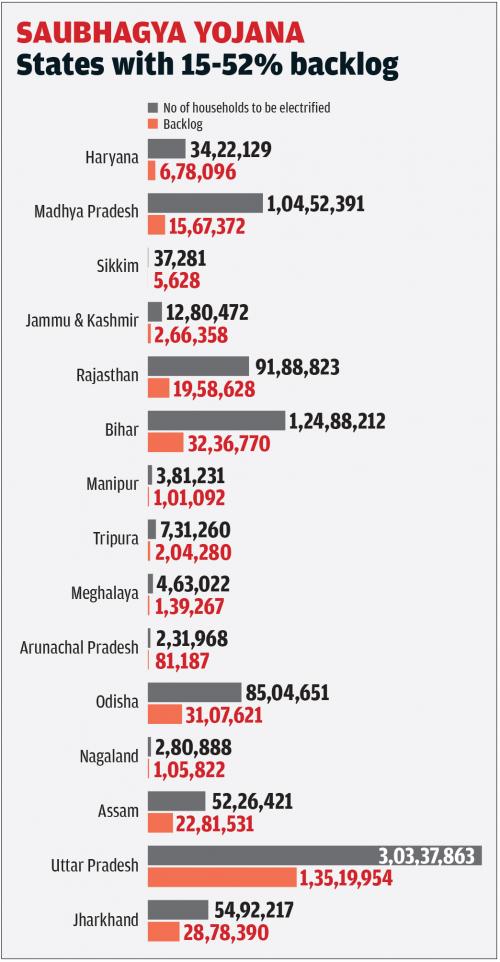 A village is declared electrified if 10 per cent of the households are given electricity along with public places such as schools, panchayat office, health centres, dispensaries and community centres. However, the focus shifted towards ensuring electricity coverage of households as opposed to villages. This is where the Saubhagya scheme comes into play.

As per data available on the official website of Saubhagya Yojna, on an average 22,300 households are electrified per day. But to achieve its target, the government has to electrify 130, 802 houses each day till December 31, 2018.