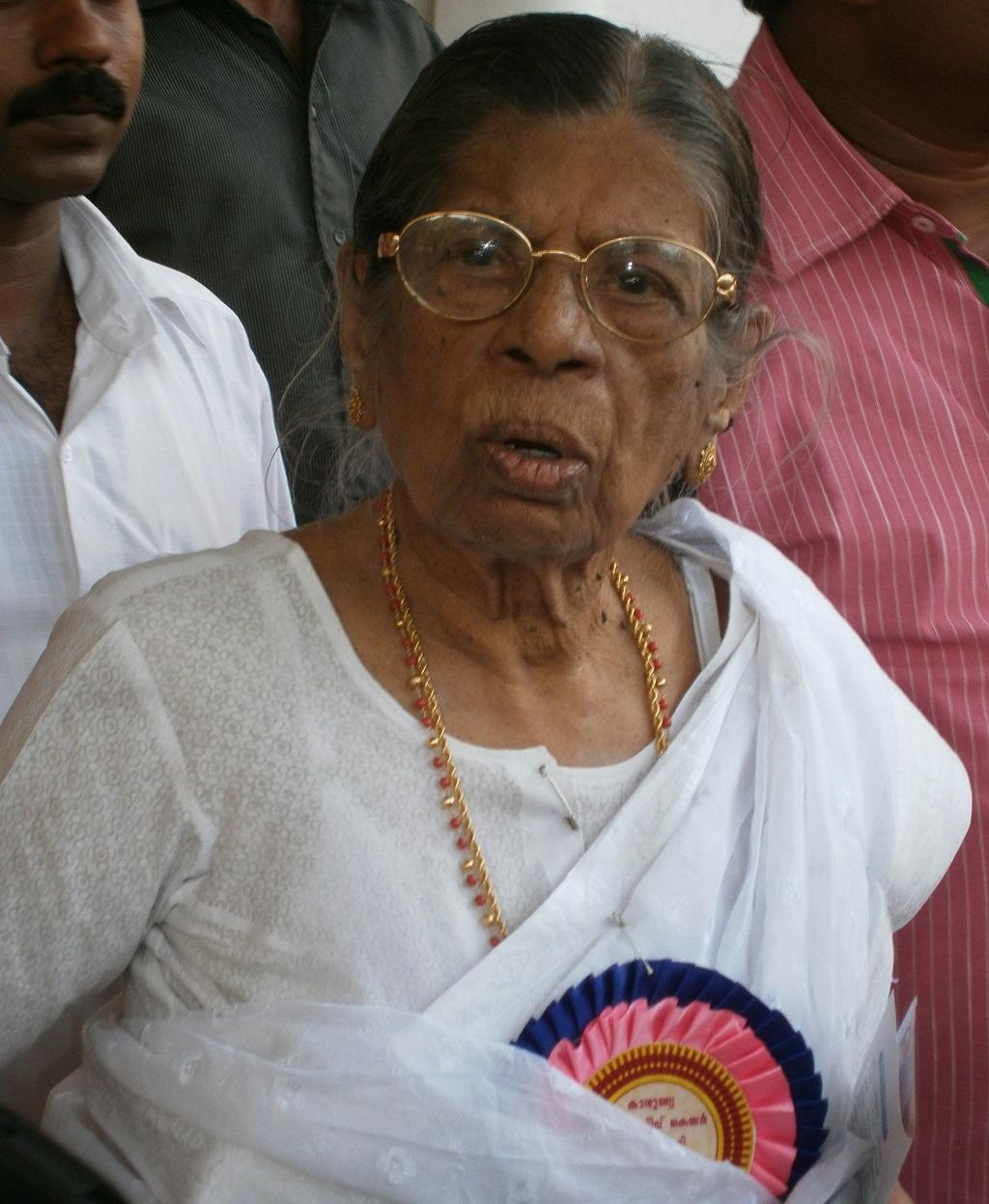 Kerala's women are poorly represented in the Assembly and the parliament several decades after KR Gouri became the only representative in the world's first democratically elected communist government.

Gouri, who breathed her last at the age of 102 in Thiruvananthapuram early on May 11, won 13 Assembly elections and introduced historical reforms. But such legecaies seem to have had little impact on the gender-skewed politics of the state.

Except Remya Haridas, the Indian National Congress (INC) leader who represents the Alathur constituency in Lok Sabha, there is no women parliamentarian from Kerala. In the state Assembly election held on April 6, only 11 women were elected to the 140-member state Assembly which enacted several legislation to empower women.

Among the elected women, 10 belong to the Left Democratic Front (LDF), which retained the state administration with a massive mandate. KK Rema, who contested in the Vadakara as a Revolutionary Marxist Party (RMP) candidate, is now the lone woman in the opposition benches.

On the other hand, none of the women who contested on behalf of INC-led United Democratic Front (UDF) and Bharatiya Janata Party-led National Democratic Alliance won in the closely contested election. “This time, the women's representation was in double-digits. In the last Assembly formed in 2016, the number of women was just eight,” said academic and feminist writer J Devika. She added:

Leaders like Gouri have inspired many generations of women by fighting against heavy odds and proving their mettle in the male-dominated politics of Kerala. However, even the Left is not giving adequate representation to women in the candidate list. Though all the three fronts fielded 400 candidates in the Assembly election, only 38 were women. It is hardly nine per cent.

A silver lining: State health minister KK Shailaja won from Mattannur with a majority of 60,963 votes, the highest-ever margin in the history of Assembly elections in the state.

It is a strange paradox that women are getting underrepresented in Kerala, a state where women voters decide which coalition to rule. In the state, female voters outnumber males by 8.27 lakh and these voters played a significant role in facilitating retaining of power by LDF.  Kerala has 140 constituencies, and in all of them, women outnumber men.

The Centre for Public Policy Research, a Kochi-based think-tank conducted a post-poll survey on voting patterns and found 46 per cent of women in the state had voted for LDF and 37 per cent for UDF, according to D Dhanuraj who works with the research organisation.

Many women have voted for LDF for the first time this election and the rival fronts would be forced to allocate more seats for women in future elections, according to Devika. "The present underrepresentation has started evoking protests from women," she observed.

The first MLA to take oath after the formation of Kerala state was a woman. Representing the Devikulam in the Idukki district, Rosamma Punnoose, then 44, of the Communist Party of India (CPI) was adjudged the first member of the Kerala Assembly.

Other than Rosamma and Gouri, four women were elected to the first Assembly of the state. Strangely, women's representation in the Assembly never exceeded 10 per cent.

This is strange in Kerala where women make up more than half of the members of panchayats, municipalities and corporations. But the picture changes completely in the case of Assembly and parliament elections.

Mainstream political parties, including the Left parties, show a patriarchal mindset, marginalising women from political and leadership positions, she added. “In the run-up to 1987 Assembly election, the LDF promised Kerala that it would make Gouri the chief minister and the state would get its first woman chief minister. However, post-election maneuverings have created a situation in which she lost the post. Eventually, she was sidelined and ousted from the Communist Party of India (Marxist).”

Mahila Congress state president Lathika Subhash resigned from INC and publicly tonsured her head to protest against the denial of ticket when the party announced the list of candidates this time. Her protest also highlighted party's failure to give adequate representation to women.

“I have been active in politics for more than three decades. It is quite saddening to say that Kerala politics lack gender parity,” said Subhash, who unsuccessfully contested the election as an independent from the Ettumanoor.

Political observers say more than half of the seats allotted by the Left parties to women were winnable. At the same time, Congress and BJP landed their women candidates in constituencies unsure of any electoral gains.

Among the UDF constituents, Indian Union Muslim League had fielded only one woman, Noorbina Rasheed, a long-term member of the party. It was after a quarter-century, the party had fielded a woman candidate. But she lost.