Commission to present its report by April 2016 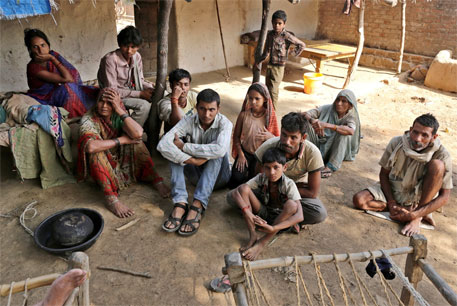 In order to measure and monitor poverty in the best way possible, the World Bank in Washington announced the setting up of a commission on global poverty on June 22. The commission will come up with a report by April 2016.

According to a press release of the World Bank, the new commission, made up of 24 leading international economists, will be chaired by Anthony Atkinson, a leading authority on the measurement of poverty and inequality and the centennial professor at the London School of Economics.

The commission has been formed against the backdrop of the upcoming post-2015 Sustainable Development Goals (SDGs), the foremost target of which is to eradicate extreme poverty everywhere.

In 2013, the World Bank group announced two goals that would guide its development work worldwide. The first goal was to reduce the number of “extremely poor people” of the world to below 3 per cent by 2030. Extremely poor people are characterised as those who survive on less than $1.25 a day.

The second goal was to boost “shared prosperity”. Shared prosperity is defined as promoting the growth of per capita real income of the poorest 40 per cent population in each country.

Announcing the new advisory body, the World Bank’s chief economist, Kaushik Basu, said he expects the commission to also provide advice on how to adjust the measurement of extreme poverty as and when new Purchasing Power Parity (PPP) and other price and exchange rate data become available.

PPP calculations allow economists to compare different global exchange rates to assess household consumption and real income in US dollars, since nominal exchange rates do not accurately capture differences in costs of living across countries.

“We want to hold the yardstick constant for measuring extreme poverty till 2030, our target year for bringing extreme and chronic poverty to an end,” said Basu, who will travel to Europe this week for the commission’s inaugural meeting.

Indicators and data collated and made available by the World Bank shape opinion and policies globally.

The chronic poverty report 2014-2015: the road to zero extreme poverty