China will need to import foodgrain in the next 10 years 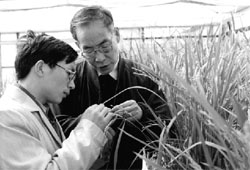 china will soon have to import foodgrain to meet the demand of its growing population. For the past 20 years, grain production in China has averaged 98.6 per cent of the demand, mainly due to its traditional policy of self-sufficiency. But this has come at a high financial and environmental cost, says Ma Xiaohe, vice-director general of the state development planning commission.

According to a paper published by the Organisation for Economic Development, domestic production will fall to 95 per cent of the demand over the next 10 years and, by the 2030, the production is projected to fall by 90 per cent. Consequently, the grain imports will grow from 33 million tonnes by 2010 to 63 million tonnes by 2030.

Western economists, who have been keenly watching the agriculture scenario in China, say that the mad rush to meet self-sufficiency in grain production has given rise to wasteful stockpiling and corruption. It is interesting to note that the domestic grain prices in China have been higher than international market rates in recent years. Some experts say grain production in China is inefficient and highly capital-intensive. This is due to shortage of land and the need for irrigation.

Says Xiaohe: "It can be seen from the experience of other countries that a high level of grain self-sufficiency has nothing to do with food security." Xiaohe feels food safety and security can be achieved if a country can provide enough purchasable goods for its residents, in any event, and if people can afford it.