Gutkha ban has reduced consumption of tobacco in India: WHO

India is the world’s largest consumer of smokeless tobacco; nearly one million people die in the country every year due to tobacco use 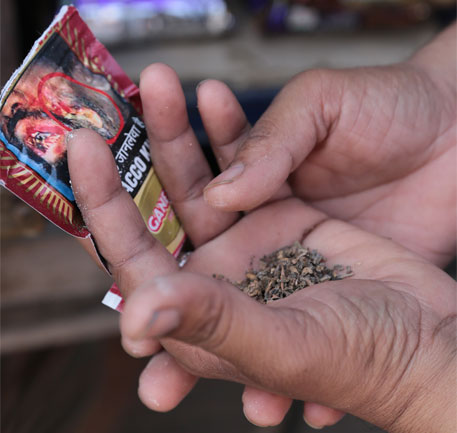 A study on Indian states that have banned tobacco shows that the restrictions have helped reduce the consumption substantially.

According to the study conducted by the World Health Organization (WHO) and US’ Johns Hopkins Bloomberg School of Public Health, 92 per cent of the respondents supported the ban on gutkha while 49 per cent of the youth said that they had reduced consumption since the ban.

The study was conducted in Assam, Bihar, Gujarat, Karnataka, Madhya Pradesh, Maharashtra, Orissa, Andhra Pradesh and the National Capital Region. Surveys for the study were conducted with 1001 current and former gutkha users and 458 tobacco product retailers. Observations of 450 retail environments and 54 in-depth interviews with the government officials, enforcement officials and citizens working with civil society groups were also included in the study.

“These findings have a strong message that regulatory mechanisms are effective and can have a positive impact on the consumption pattern,” says Nata Menabde, WHO representative to India. She adds that nearly 90 per cent respondents believed that the government should ban the manufacturing, sale and distribution of other forms of smokeless tobacco.

Pradeep Krishnatray, director, research and strategic planning at the Johns Hopkins Bloomberg School of Public Health, however, says that most of the respondents purchase tobacco and mix it with a packet of pan masala, with zarda. “This innovation has adversely affected the very purpose and consequent impact of the ban,” he says.

Gutkha, a form of chewing tobacco flavoured with spices and sweeteners, is a major cause of oral cancer in India. In recent years, all states in India have banned the manufacturing, sale and distribution of gutkha in an effort to address the astounding public health impacts caused by this deadly product.

India is the world’s largest consumer of smokeless tobacco; recent estimates indicate that 26 per cent of adults (15 years of age or older) use smokeless tobacco. Moreover, nearly one million people die in India every year due to tobacco use.