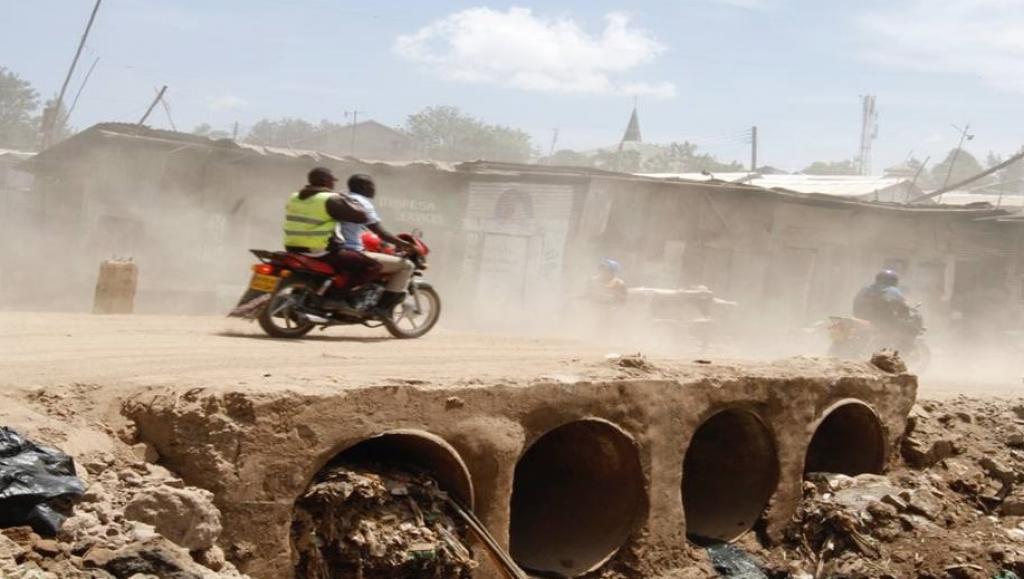 There’s a rise of cardiovascular diseases in developing countries which is linked to changes in diet, physical activity and obesity.

The Kenyan urban population, including low-income settlements, are part of this trend. Like residents in other low-income settlements, the rise in diseases can be linked to their surroundings. Poverty and stress is prevalent in Kenya’s low-income settings which increases the behavioural risk factors for cardiovascular diseases – like smoking and drinking. In addition, many residents have a diet which doesn’t include the amount of fruits and vegetables they need as they’re too expensive.

Cardiovascular diseases affect the heart (cardio) and blood vessels (vascular). People are more prone to them if they are overweight or obese, have high blood pressure, smoke, drink large amounts of alcohol, don’t do enough exercise and have a poor diet.

My colleagues and I wanted to know what people living in informal settlements in Nairobi, Kenya’s capital city, knew about cardiovascular disease, the risks and how this affected the medical treatment they sought.

We found that there’s a real lack of knowledge about the disease risks and even when the risks are known, societal pressures make it hard for them to change their ways.

As Nairobi grows and develops, more people will move into low-income areas and the number of people that need healthcare support for these diseases will get bigger. We hope that our findings inform strategies for and enhance the effectiveness of prevention and treatment programmes.

To carry out our research we held nine focus group discussions with healthy people aged 20  years and above in Korogocho and Viwandani slums. A total of 65 people were involved.

Generally, there was poor knowledge of cardiovascular diseases and the risk factors involved.

A small number of respondents said that some of their family members discovered “only by chance” that they suffered from conditions, such as diabetes and hypertension, which mostly happened when they had a stroke or heart attack and were hospitalised. In most instances, it was too late to treat the conditions.

The magnitude of the cardiovascular disease burden in the community was not obvious among many of the study respondents, because in their own opinion, “these conditions were discrete and considered private”.

Most respondents couldn’t identify people who were likely to suffer from cardiovascular diseases or relate common risk factors – like smoking and excessive alcohol consumption – with increased risk of developing a heart attack and/or stroke.

There were views, based on “observed trends” in the community, that “anyone” could be at risk. This opinion was formed because of situations where “even children” were diagnosed with diabetes and hypertension.

According to a few of the study respondents, independent of their age, people who harboured worry and suffered stress were more likely to develop cardiovascular diseases. Women were especially singled out in this.

When looking at the link between behaviour and risk factors in Nairobi’s slums, there were worrying signs.

Despite participants understanding that food rich in fat led to the blockage of blood vessels, and therefore stroke and heart attacks, they argued that it was difficult to avoid fat when cooking.

Women “whose role was to prepare food for the family” were said to be under pressure to satisfy the tastes of their family members, especially their husbands – and fats were key.

Also, although sugary drinks were mentioned as a cause of cardiovascular, respondents that were involved in heavy manual labour said that it was okay for them to consume a lot of sugar (sometimes up to five teaspoons in a cup of tea) because of their high energy requirements.

Most participants thought that slum residents had become less physically active. They attributed this to new and cheap forms of transportation, like the boda boda (motorcycle taxi). They also said that widespread crime meant there weren’t enough safe spaces for children and adults to play.

Mobile health interventions (specifically text-messaging) have been shown to work in high income countries. Based on this, the African Population and Health Research Center is currently rolling out interventions that provide blood pressure monitors and meters to measure glucose levels to patients. Text message reminders are then sent on days when people are meant to take their medication or go to a clinic.

Community health volunteers will help by spreading information on risk factors for cardiovascular diseases, how to prevent them, the benefits of early screening and detection and treatment for diabetes, obesity, high blood cholesterol and high blood pressure.