Radical ideas are needed to break the DRC’s Ebola outbreak. Here are some

The deaths in this outbreak are 10% of the total deaths recorded in West Africa in 2014, which took more than 11,000 lives 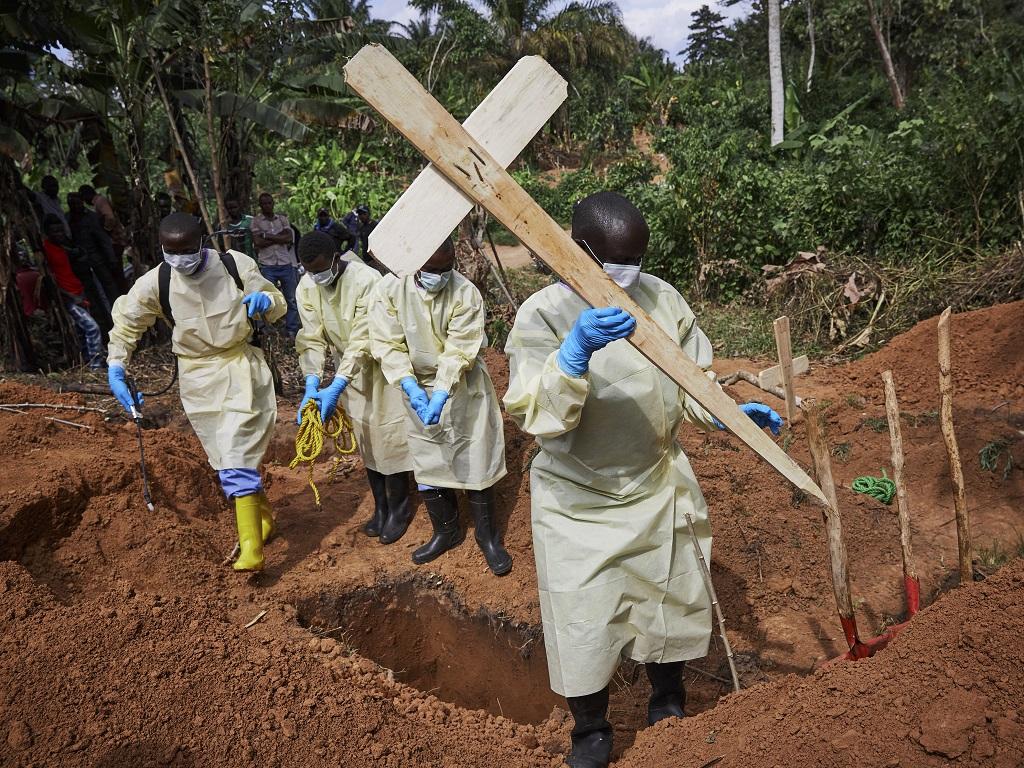 The deaths in this outbreak are 10 per cent of the total deaths recorded in West Africa in 2014. That outbreak took more than 11,000 lives.

This outbreak has garnered less global attention, partly because of some promising developments, most notably the experimental Ebola vaccine which has been given to more than 100,000 people. In addition, new experimental therapies are being used to treat infected patients.

Some lessons have also been learned since the 2014 outbreak, which exploded in part because of a sluggish global response and the misallocation of funds. This time around, the World Health Organisation (WHO) responded swiftly.

All of this is good news. But the truth is that the current Ebola outbreak is still proving to be one of the most complex, deadly and unforgiving.

Understanding why is important. Equally important is the need for leaders in charge of the response to adopt radical approaches to stop the outbreak. Some — such as incentivising community leaders with stipends or finding ways to draw rebel groups into the prevention net — have been tried elsewhere and should be replicated.

A tricky environment and missed opportunities

First, let’s consider the political climate. This time, Ebola is spreading in a war zone. In a terrifying convergence, the virus first struck in Beni, the epicentre of a long-running conflict that’s killed civilians and United Nations peacekeepers.

Treating Ebola is complicated and involves risks even without the threat of violence. In a war zone, it’s proving nearly impossible; health workers are battling Ebola while also being targeted by rebel forces.

Attacks have become daily occurrences. Recently two of the Ebola treatment centres operated by Doctors Without Borders were attacked in the space of a week. And a doctor from the WHO was killed by armed militia.

On top of this the critical, life-saving lessons learned from the West Africa outbreak aren’t being implemented; though, admittedly, conditions in the DRC makes some hard to replicate.

For example, one of the biggest takeaways from the 2014 epidemic is that fear plays a major role in the communities where Ebola strikes. In Liberia people were initially so afraid of health workers that they resisted treatment and ignored orders not to self-quarantine.

As one of the lead coordinators of the national response to Ebola in Liberia, one of my main jobs was to ease the widespread fear. We did so by engaging with local communities. We recruited them to help in a number of ways, including being active case finders and leading negotiations with hostile community members.

A lack of trust is evident from troubling reports that many are resisting vaccination. We don’t yet know why. The resistance sits side-by-side with peoples’ receptiveness to other Ebola treatment.

From my previous experience it suggests that health workers must find a way to break through to clear the path for an effective vaccination drive — and to ensure that opposition doesn’t quickly grow into resistance to the overall response.

The grim facts are undisputed: the current Ebola outbreak is expanding, largely unabated. And there is a growing risk that it will spill over to neighbouring countries with the potential of spreading internationally. The possibilities are terrifying.

What can leaders of the response do?

We had to think outside the standard conventions of emergency response.

First, they can incentivise community leaders (chiefs, healers, women, priests) on a fixed stipend to head the response in their respective towns or villages. Doing this will lead to a network of trusted messengers who can effectively communicate to a frightened, confused people. We did this in Liberia. And it can be done in the DRC, despite the challenges of war.

In Liberia we also incentivised a local gang that had been infected by offering them illicit drugs. It was unconventional — there were no rules for this kind of engagement — but it worked: we negotiated a self-quarantine of 32 homeless gang members. We also offered food to armed robbers in exchange for safe passage through a slum called West Point.

Second, food can be used to incentivise community response and volunteer self-quarantine. Food has historically being used as a weapon of war, but we turned it around in Liberia and used it as a force for Ebola containment. We did this successfully in collaboration with the World Food Programme. We provided food to entire villages where Ebola had occurred. Village leaders then decided that for 21 days no one would leave their villages and no new visitors would be allowed. By providing food and their basic needs these local leaders became empowered to work with their people to contain the outbreak.

Third, find all means necessary to incentivise the rebels and make them a part of the response. A trusted third party — like the Southern African Development Community, WHO or some other organisation — must convince the national government to allow them to meet the warring factions and give them the resources to take steps in their territory.

The ideal option is to appeal to all factions for a freeze on war for 42 days so that massive response efforts can be done. This was done by James P Grant, the distinguished late president of UNICEF, in El Salvador. He launched the ‘Days of Tranquility’ to allow the warring factions to cease fire to allow immunisation. He succeeded by using the influence of the Catholic Church.

In the DRC major stakeholders could be corralled into supporting a “42 Day Cease Fire for Ebola”.

If we are to win the current war on Ebola, we must employ unconventional approaches, even ones that might be considered controversial. The fact is, people who are poor and neglected are more susceptible to infectious diseases and distrustful of authority. Distrust of authority, civil war and Ebola are a recipe for disaster even with the most costly response and medical counter measures.