‘They stole my womb’: Doctors mislead thousands of women to get their uterus removed

DTE found most women who have undergone hysterectomy to be under 30, not needing the surgery

It was intriguing that Vandana Khandale, a traditional sugarcane cutter in Maharashtra’s Beed district, was sitting at home in January, the peak time for sugarcane harvesting. “I have developed severe joint pain and feel tired all the time. I get irrigated far too often, and working on the fields has become difficult,” she says.

Vandana is still 30 and has not contributed much to the family income in the past six years. Her husband, Mashu Khandale, is a daily wage labourer and now the sole bread-winner of his five-member family.

Six years ago, extreme pain in the lower abdomen and bleeding made working on agricultural fields a struggle. It was worse during her periods. On days she missed work, the contractor would deduct her salary. Local doctors gave her some pills, but that only gave temporary pain relief. To get rid of the persistent problem, she visited a private hospital. Here, the doctor suggested to get rid of her uterus altogether, the cause for all her troubles.

Vandana thought this was the best solution to her problems, and she had to shell out Rs 4,000 for it. She is among thousands of young women across the country who opt for hysterectomy.

Few of them know that hysterectomy is the last resort of treatment for doctors, that too after several rounds of brains-torming. After all, hysterectomy results in life-altering complications such as osteoporosis, weight gain, loss of stamina and digestive disorders, say experts. The spread across the country is, therefore, baffling.

The number of women undergoing hysterectomy is as high as 63 per 1,000 women in some states, says a study published in Reproductive Health in 2018. Worse, more than one-third of them were under the age of 40, still a productive age. Worldwide, hysterectomy operations take place only after the age of 45 for benign gynaecological conditions.

“In India, the proportion of women below 40 years who had hysterectomy is higher in Andhra Pradesh (42 per cent) and Telangana (47 per cent),” says a study by Prayas, a Rajasthan-based non-profit. Down To Earth spoke to over 50 women — who had undergone this operation and were were below 40 years of age — only to find that these operations have only aggravated their health problems.

Consider this. DTE travelled to Dukadegaon — a village 55 km from Beed district — where 45 women from 200 households are living without a uterus. Most of them complain the operation has left them with a host of illnesses and made them redundant at work.

The “permanent solution for women-related problem” is so popular that even the wife of the village’s sarpanch has undergone this surgery. In fact, 30 per cent of women in 10 villages in Beed — including Banjharbadi, Hajpur, Sonimoha and Kasari — have undergone hysterectomy. “There have been 4,605 hysterectomies in the past three years,” says Ashok Thorat, civil surgeon at the district hospital in Beed. 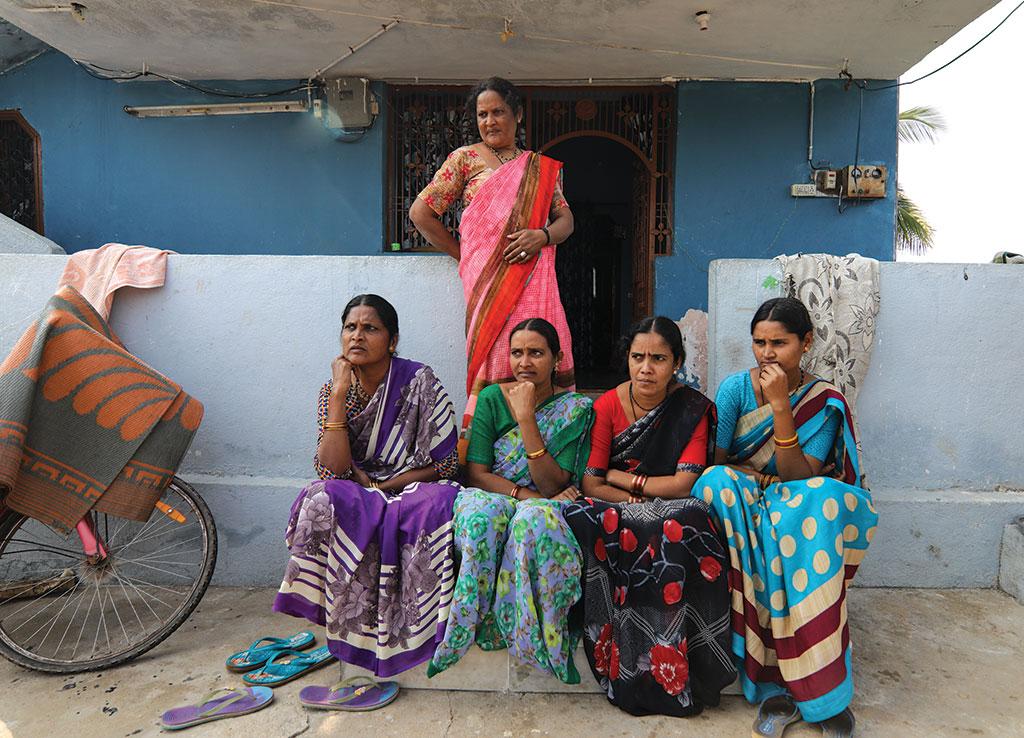 As DTE dived deep into the socio-economic conditions of the 50-odd women, another common thread appeared. Most of the women who opted for the operation had not passed school.

Women with no schooling had hysterectomy at a younger median age (34 years) than women educa-ted up to 12 or more years (38.4 years). There is also stark contrast between women belonging to the lowest and the highest wealth quintile households. The median age of poor women who underwent hysterectomy was 2.4 years younger than wealthy women.

The Prayas report says women with matriculation level of education were 53 per cent less likely to undergo hysterectomy than women with no or primary education. At the same time, health problems such as body pain and bleeding are forcing women to consider the operation, even those from wealthier families.

Uterus is the organ where menstrual blood is formed; it is where a pregnant woman can feed her unborn child — in the womb; and, it is linked to the well-being of all other organs of her body.

All these functions cease when a hysterectomy is performed — woman stop getting periods and cannot become pregnant again. The operation is generally performed to treat conditions like irregular bleeding and fibroids. In developed countries, it is unlikely a doctor will perform hysterectomy on women below the age of 35, unless it is medically inevitable.

When DTE spoke to the women, it was apparent that doctors had been more than liberal in recommending hysterectomy. Medical violations were rampant and uneducated young women were the easy prey. The women say that doctors used various techniques to scare them. When a woman delivers a baby, she naturally has a bigger uterus. But doctors use bulky uterus as an excuse to scare women saying they might get cancer in the later phase of life.

The quality of diagnosis is pathetic in most public as well as private hospitals. Sometimes, doctors prescribe overmedication. Take the case of Mehrunisa from Thandrial village in Jagtial district of Telangana who underwent hysterectomy when she was just 27-years-old. Not only the uterus, the doctor removed her ovaries and fallopian tubes too. It is only is rare cases doctors remove these organs, and that too after proper diagnosis.

Hysterectomy is a difficult surgery and needs expertise on the part of doctors and adequate medical infrastructure. If the system allows them to remove the ovaries too, it can have serious side-effects on women’s body, says Samiksha Singh of the Public Health Foundation of India (PHFI). That’s what Mehrunisa is experiencing. 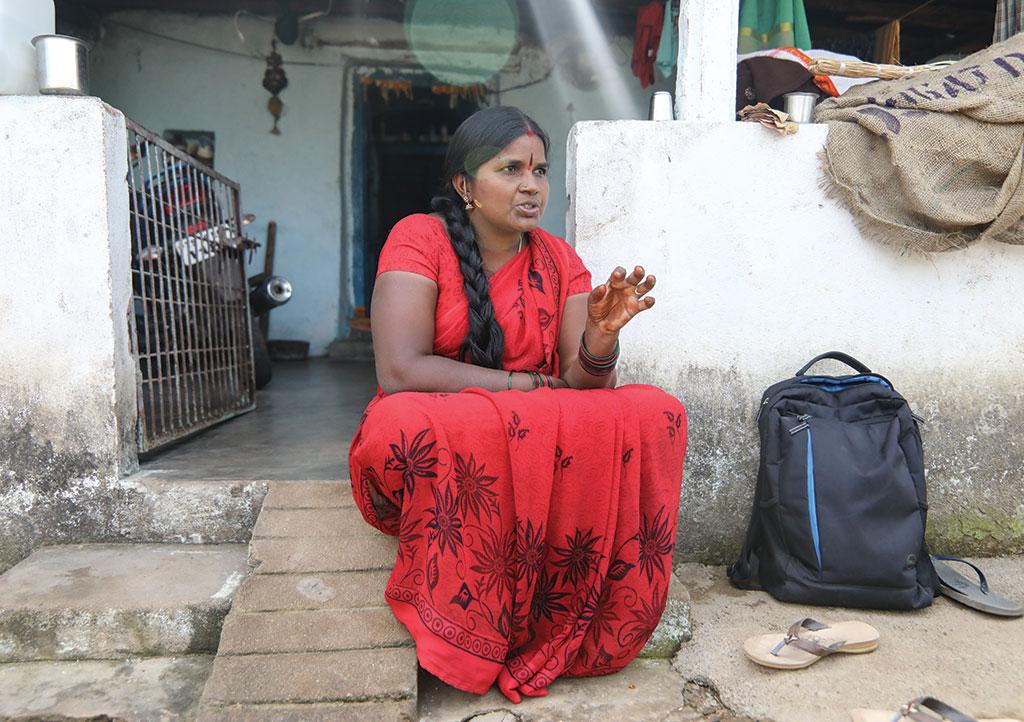 A recently-concluded research in Mayo Clinic of US found women who undergo hysterectomy have the risk of long-term diseases, even when both ovaries are conserved. A clinical study by science writer Shannon Laughlin-Tommaso found that women who had undergone a hysterectomy without ovary removal had a 13 per cent increased risk of high blood pressure, as well as an 18 per cent increased risk of obesity.

They also faced a 33 per cent increased risk of coronary artery disease. This is particularly rele-vant for women who undergo hysterectomy before the age of 35.

Apart from physical health, hysterectomy has serious impacts on mental health. A study has linked this surgical menopause to memory decline. This aggravates among women who have had early hysterectomy, find scientists at US-based American Academy of Neurology. All these women turn old early.

Mehrunisa believes she has become a burden on her family. She is suffering from a range of problems such as vision loss, joint pain and loss of sexual appetite. Removal of ovaries had led to a reduction of essential hormones in her body. “I took the decision after six women of my extended family had also undergone the operation,” she says.

In fact, Andhra Pradesh and Telangana have the highest rates of hysterectomy in the country: 8.9 per cent and 7.7 per cent. Worse, the percentage of women below 30 undergoing this opera-tion is 1.1, as per the National Family Health Survey (NFHS-IV). In fact, this survey started including hysterectomy only recently.

It all began when a report by Human Rights Law Network and Narendra Gupta of Prayas in 2012 found shocking links between female sterilisation programmes and hysterec-tomy operations. 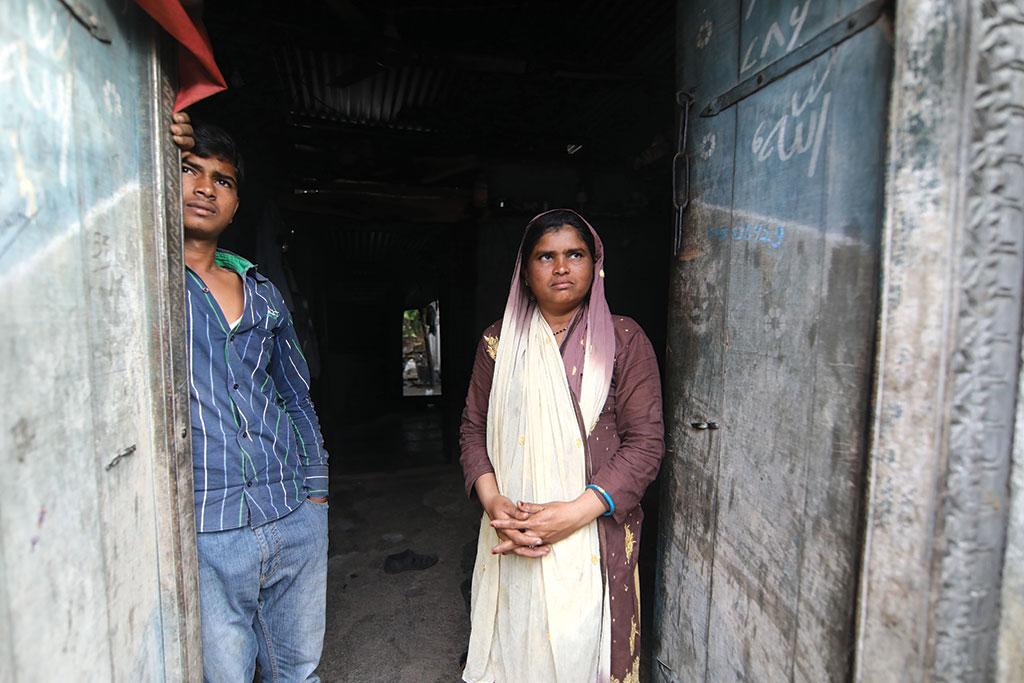 The study showed that a large number of women who underwent hysterectomy had previously experienced severe abdominal pain after tubectomy or female sterilisation and, therefore, sought the help of private practitioners, who declared hysterectomy as the solution. They filed an appeal in the Supreme Court, which ordered the Union government to include hysterectomy in NFHS-IV for the first time.

One can also trace a link to this rise in hysterectomy operations with the govern-ment health insurance schemes. Take for instance Aarogyasri, which was introduced in (united) Andhra Pradesh in 2007.

Under the scheme, beneficiaries were offered healthcare coverage of up to Rs 1.5 lakh. Similarly, there is the Union government’s Rashtriya Swasthya Suraksha Bima Yojna. These schemes became controversial when thousands of women in Andhra Pradesh, Bihar, Rajasthan and a few other states were prescribed unwarranted hysterectomy.

During 2009-10, the total number of hysterectomies in (united) Andhra Pradesh was more than a million. But when the state government initiated restrictions on private hospitals for claim benefits under health government insurance schemes for hysterectomy, there was a fall. Surgeries dipped from 6,189 in 2010-11 to 4,943 during 2011-12, says a research paper published in Reproductive Health in 2018.

That’s where the private insurance companies entered the scene. For example in Beed, 99 private hospitals carried out 4,605 hysterectomies from 2016-17 to 2018-19, according to a committee headed by the district civil surgeon.

There is also a link between government health insu-rance and hysterectomy. Several reports have emerged from Andhra Pradesh, Telangana, Gujarat, Rajasthan and Chhattisgarh highlighting hysterectomy to be the leading reason for health insurance claims.

A study presented at All India Congress of Obstetrician and Gynaecology by Neelima Singh says that hysterectomy rate was high in villages which were connected to highways and having access to healthcare. “We think they are beneficial, but actually they are not. It is leading to over medicalisation,” she says. The women Singh spoke to did not have insurance and paid the bill through their hard earnings.

Private hospitals were on the higher side (67 per cent) as compared to public health facility centres (33 per cent). The World Health Organization’s standard is 10-15 per cent. Medical corruption may be widespread, but the curious case of the missing wombs has not been reported. This when emerging science is debunking existing medical beliefs. 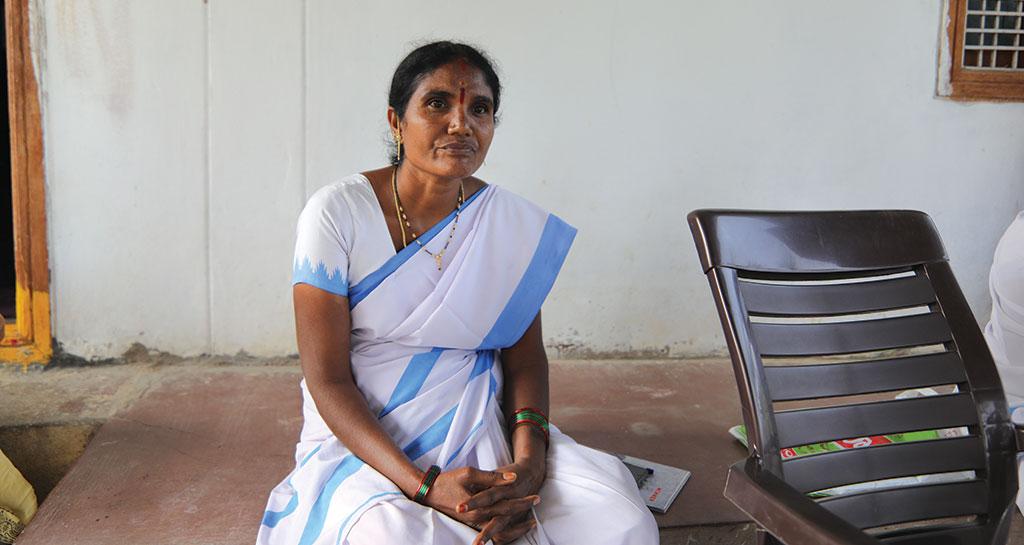 If medical ethics have been broken, intervention should also be surgical. Public awareness is needed for women of all ages. For instance, it must be taught to children at the school level itself that sanitation measures will make them healthier. This must be included in school curriculum.

Government audits must be conducted in areas which are reporting a high number of surgical operations and action must be taken. There is a need for guidelines to allow hysterectomy, says Gupta.

“Enacting the Clinical Establishment Act and including standard treatment protocols can ensure rationality of procedures in private hospitals, says Abhay Shukla, national co-convenor of the People’s Health Movement in India. “Regulations are neither strictly implemented nor action taken against errant doctors,” says Singh.

“If a private hospital is found to be doing high number of hysterectomies, there must be a clinical audit by the government,” says Manisha Tokale, president of Jagar Pratisthan, a social organisation in Beed district.

“Women rights organisations should use the courts so that such misogynistic practices are stopped,” says Supreme Court lawyer Ranjana Kumari. The government and the medical establishment must step in now.

All photos by Vikas Choudhary