There's a growing body of evidence that shows we could be doing more for the close to billion children at risk of intestinal worms. We simply cannot afford to ignore it 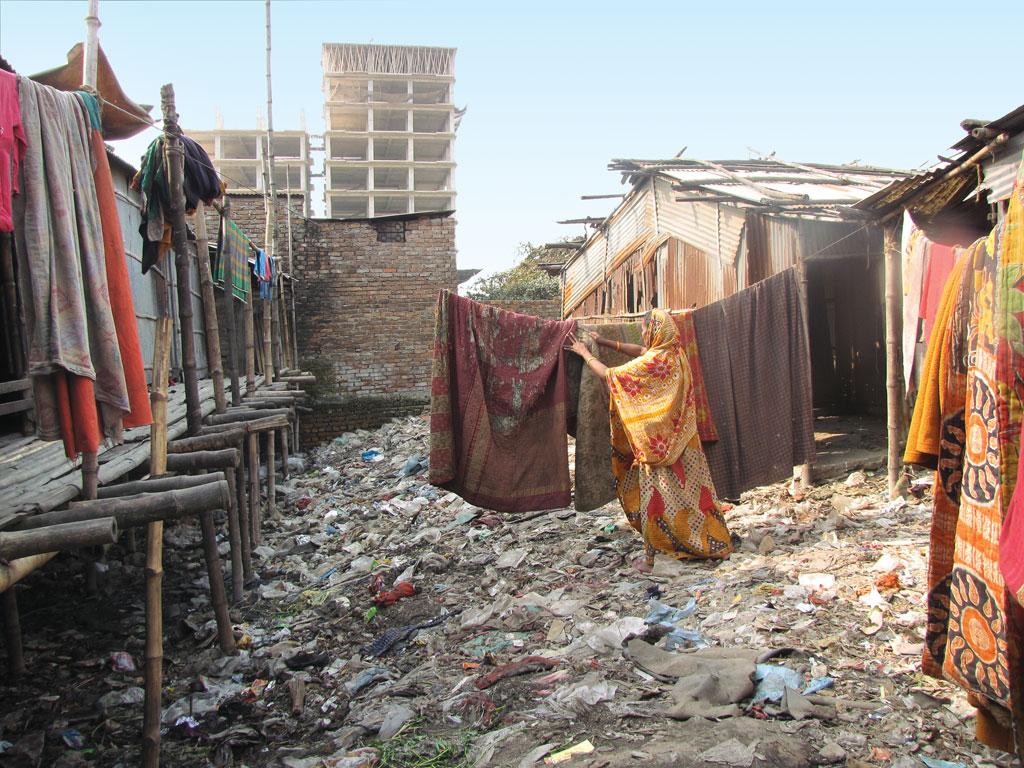 Children living in areas with poor sanitation and hygiene account for 60% of people around the world infected with intestinal worms (Credit: Salahuddin/CSE)

Expanding the control strategy for intestinal worms to treating adults as well as children could improve the health of millions of people worldwide who are infected or reinfected by these parasites every year.

These intestinal worms – soil-transmitted helminths – are responsible for the most common parasitic disease of humans worldwide. A staggering 1.45 billion people – that’s nearly a fifth of the global population – are affected and at risk of the long-term consequences of this largely preventable infection.

Soil-transmitted helminthiasis is one of 17 “neglected tropical diseases”, a grouping that also includes dengue and chikungunya, rabies, and leprosy. These infectious diseases largely affect the world’s most impoverished people, causing a high human and economic toll through chronic disability.

As their name suggests, they have historically received little global interest or research funding when compared to the “big three” diseases on the global health agenda: HIV/AIDS, tuberculosis and malaria.

Soil-transmitted helminthiasis is by far the most prevalent of all 17 neglected tropical diseases. Transmitted through the accidental ingestion of worm eggs that are released in the faeces of people who are already infected, they thrive in areas with poor sanitation and hygiene, and are endemic across Africa, Southeast Asia, and the Pacific.

Children suffer disproportionately from the consequences of these infections. Due to the nutrient malabsorption and chronic blood loss that infection causes, children with heavy worm infestations can suffer developmental setbacks and fail to reach their full physical and intellectual capacity. This perpetuates the cycle of poverty in which they and their families are entrenched.

As a result of frequent exposure to contaminated environments, over 876 million children are currently at risk of infection from these intestinal worms.

The key public health intervention for controlling soil-transmitted helminthiasis is the large-scale distribution of anthelmintic medication – often referred to as “deworming”. This must be repeated regularly as people don’t develop long-lasting immunity to intestinal worms, and can soon be reinfected if their environment remains contaminated.

Children are the primary focus of global control efforts for intestinal worms because of the greater impact the disease has on them. World Health Organization guidelines have focused predominantly on deworming school-aged children (five to 14-year-olds), with the goal of preventing complications associated with heavy infections.

Deworming through schools is an efficient and low-cost approach. The drugs are easy to administer and side effects are rare, so children can be treated by their teachers, minimising the costs of both infrastructure and personnel.

Between 2008 and 2013, the number of children treated for intestinal worms globally nearly doubled, and over half a billion children were treated in 2015.

This is astounding progress, and a testament to what can be achieved with concerted, collaborative effort. But it doesn’t prevent reinfection and relies on regularly re-administering medication.

The last few years years have seen burgeoning interest from researchers in the idea of expanding soil-transmitted helminthiasis control programs beyond school-based deworming.

This interest has centred mainly on the idea that treating all community members, rather than only children, could lead, over time, to “transmission interruption” – elimination of all worms would mean regular deworming is no longer required. This suggestion has been supported by several mathematical modelling studies.

Research that my colleagues and I recently published shows expanded deworming programs may also have direct and, more significantly, immediate benefits for children.

We undertook an analysis of the results from dozens of previous studies of intestinal worm control programs, delivered either to children alone or to whole communities. What we found was that when whole communities are given deworming medication, children are less likely to be reinfected, than when only children are treated in the first instance.

The findings make sense. Expanded deworming programs will reduce the number of people excreting worm eggs into the environment, thereby reducing exposure and infection. But until now, robust evidence to support this idea has been lacking.

We can now be confident that expanding control programs to whole communities will result in children having fewer infections. Although current child-focused efforts are lowering the number of infections and reducing complications, the growing body of evidence for expanding deworming compels us to revisit our current approach.

But community-wide treatment is far from a quick fix. It would require a significant increase in drug donations and other resources. And complicating factors, such as the increased potential for drug resistance, need to be carefully considered. But, as a global community, we must ensure that we are doing our best to promote the health and well-being of vulnerable populations.

Neglected tropical diseases afflict some of the most world’s most vulnerable people, and we must maintain the momentum of recent times in controlling these diseases. There’s a growing body of evidence that shows we could be doing more for the close to billion children at risk of intestinal worms. We simply cannot afford to ignore it.