Africa’s children need help coping with a myriad of stresses, not just HIV 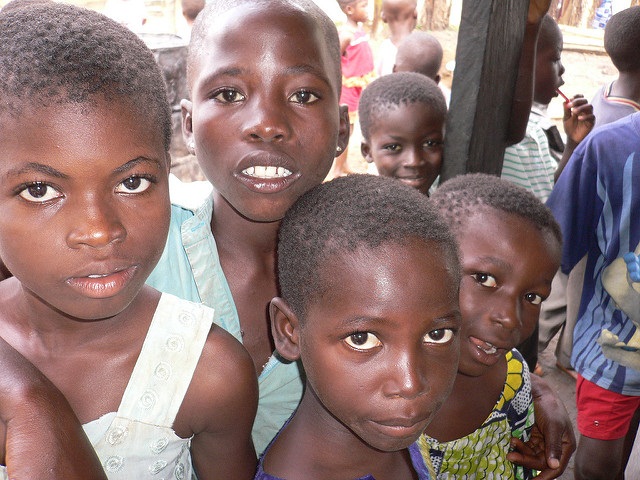 HIV has exacted a terrible toll on many children in sub-Saharan Africa. Of more than 17.8 million children who have lost one or both parents to HIV globally, 15 million live in Africa. Another three million are infected with HIV. And each year very large numbers are made vulnerable when parents or family members become sick and are unable to work.

The global health community has made significant progress over the past 15 years to understand how to keep HIV-positive children alive and prevent infant infections. Between 2001 and 2013, paediatric infections decreased by 58%. And the number of children on antiretrovirals increased from 355,000 in 2009 to 740,000 in 2013.

Arguably, children – and their families – who are affected by HIV and receive donor assistance may be less vulnerable than their peers who have not had their lives touched by HIV, but still grow up in extreme poverty.

For this reason, the call to action to address childhood vulnerability in Africa must go far beyond the 17.8 million children infected and affected by HIV.

A global focus on HIV

The global community and the US in particular, through the president’s Emergency Plan for AIDS Relief, has invested billions of dollars in HIV programs. These investments are part of a global plan to ensure an AIDS-free generation by 2015.

The plan has largely centred on providing antiretroviral medication to HIV-positive people and preventing mother-to-child transmission. About one-third of HIV-positive adults and children access lifesaving treatment. And more than half of infected pregnant women access medicines that protect their babies from the virus.

But much still has to be done, as shown in our review in the Pediatric Clinics of North America journal.

Aside from providing lifesaving medication, donor efforts have also reduced the social and economic burden faced by HIV-affected families and children.

HIV-positive people not receiving treatment will inevitably become ill and will be unable to work. Their children will stop going to school to take care of them or their younger siblings. Many may not be able to afford school fees.

Losing a parent to HIV, being HIV positive and facing stigma and discrimination are also adverse childhood experiences.

But our disease-centric focus for funding and interventions is far too limited. On a continent where millions of children are living in poverty, undernourished or struggling to stay in school and fulfil their potential, it is not enough to focus the bulk of donor funding on those affected by HIV.

An alternative and more inclusive approach would be to focus on adverse childhood experiences. From this broader perspective we can address the many variables influencing the health and well-being of the child.

Children in sub-Saharan Africa face myriad challenges which make them vulnerable. One of them is growing up in extreme poverty.

I was working in rural, southern Kenya and I could not stop thinking about the widespread, extreme poverty unrelated to HIV. Some of the families in the largely Maasai community where I was staying may have been affected by HIV but the vast majority were not.

In Kenya, about 6% of the adult population has HIV. More may be at risk of becoming infected, but they are a minority. The biggest driver of vulnerability among children in this community is profound poverty exacerbated by too little food and scant water sources. Six of the 13 fastest-growing economies in the world are in Africa. Kenya is one of them. Yet 42% of Africans still live on less than US$1.25 per day.

Poverty affects children’s ability to attend school. Most African countries provide universal primary school education. But children can still be barred from school if they cannot pay fees for uniforms and books. Overall primary school completion for the continent is only 67%. More than 22 million children remain out of school.

In several countries hit hard by HIV, such as Cameroon, Rwanda, South Africa and Zambia, at least 90% of children are enrolled in primary school. This progress is the result of large investments by governments and foreign donors in universal primary education.

A study comparing school attendance and success between orphans and non-orphans in Lesotho, Malawi, Tanzania, Uganda and Zambia found that poverty was more strongly associated with school difficulties than orphan status. This was true for both primary and secondary students, and points to a conclusion that support targeting orphans is reducing their vulnerability, at least with regard to education.

It also suggests that we need to broaden our approach to childhood vulnerability in contexts with a high HIV burden where government and donor support has tended to focus on children affected by HIV.

The US Centres for Disease Control and Prevention have been funding research on adverse childhood experiences in the US for a number of years. The United Nations Children’s Emergency Fund has developed a methodology to assess the impact of multidimensional, overlapping deprivations on child vulnerability.

At the same time, public health researchers and child advocates have developed tools to measure and understand the sources of resilience that help some children to excel despite all odds. Sources of resilience include both internal factors such as hope for the future and self-esteem, and external factors such as access to education and financial resources.

We need to leverage the profound global empathy for children affected by HIV to address the needs of all vulnerable children on the continent.

Five months ago, the United Nations General Assembly ratified 17 new Sustainable Development Goals to replace the Millennium Development Goals. The breathtakingly ambitious goals include to “end poverty in all its forms everywhere” by 2030 and “ensure healthy lives and promote well-being for all at all ages”.

Some days, I am inspired by the audacity of these goals. But mostly I think about the children in Kimana, Kenya. Vulnerable? Yes. Affected by HIV? Mostly not. And I wonder what it will take to get them onto the global development agenda.