Amid election din, encephalitis quietly kills 104 people in east UP 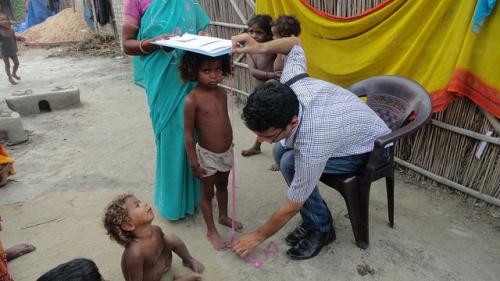 It is campaign season in Uttar Pradesh. Sonia Gandhi has already done her road show while Narendra Modi has been coming and going. Amid all this, the number of people swearing by, and apparently ready to give their lives for, the cow has suddenly swelled. In this din, nobody hears the cries of an ever growing number of parents in eastern UP whose children are dying of encephalitis

Chief Minister Akhilesh Yadav's tall claims of improving UP's healthcare system is an insult to the people. Already encephalitis has claimed at least 104 lives this year. In the whole of last year, 89 people had died. In BRD Medical College, Gorakhpur, alone, nearly 400 children are being treated.

The apathy of the state is apparent from its failure to release funds for the Encephalitis Treatment Centre of BRD Medical College. This despite the hospital submitting a request for Rs 3 crore well in time. When Catch sought to ask Health Secretary Arvind Kumar about this, we were informed he was busy with cabinet meetings.

That's only part of it. Take this: the health department had indeed released Rs 3 crore to the hospital for treatment of incurable diseases, but took the money back. Why? Because encephalitis had not been listed as an incurable disease until then. Without money for medicine and machinery, there is little chance of relief for the patients.

It's not that the government is unaware of the deadly nature of encephalitis. In Gorakhpur alone, it has killed 433 people, 336 of them children, in the past five years. Since the first case of encephalitis was reported in 1978, no less than 6,000 children have perished.

's well known that encephalitis spreads especially during monsoon, the breeding time for mosquitoes, its carriers. Still, there's no preparedness to tackle its outbreak. It has been like this for years. The state has not been moved to act even after outbreaks of Japanese Encephalitis, a particularly deadly form of the disease, in 2006 and 2010, save for a few vaccination drives that were carried out in eastern UP.

Gorakhpur is the Lok Sabha constituency of BJP stalwart Yogi Adityanath. When Modi visited here recently, he announced the setting up of an AIIMS. Now, many people are asking this: what good would an AIIMS do when the healthcare system has repeatedly failed to tackle a preventable, though deadly disease, for years? They deserve an answer.