The National Health Protection Scheme, a flagship public health insurance programme, was announced by the Finance Minister in his 2015-16 budget speech with a coverage of Rs 1 lakh 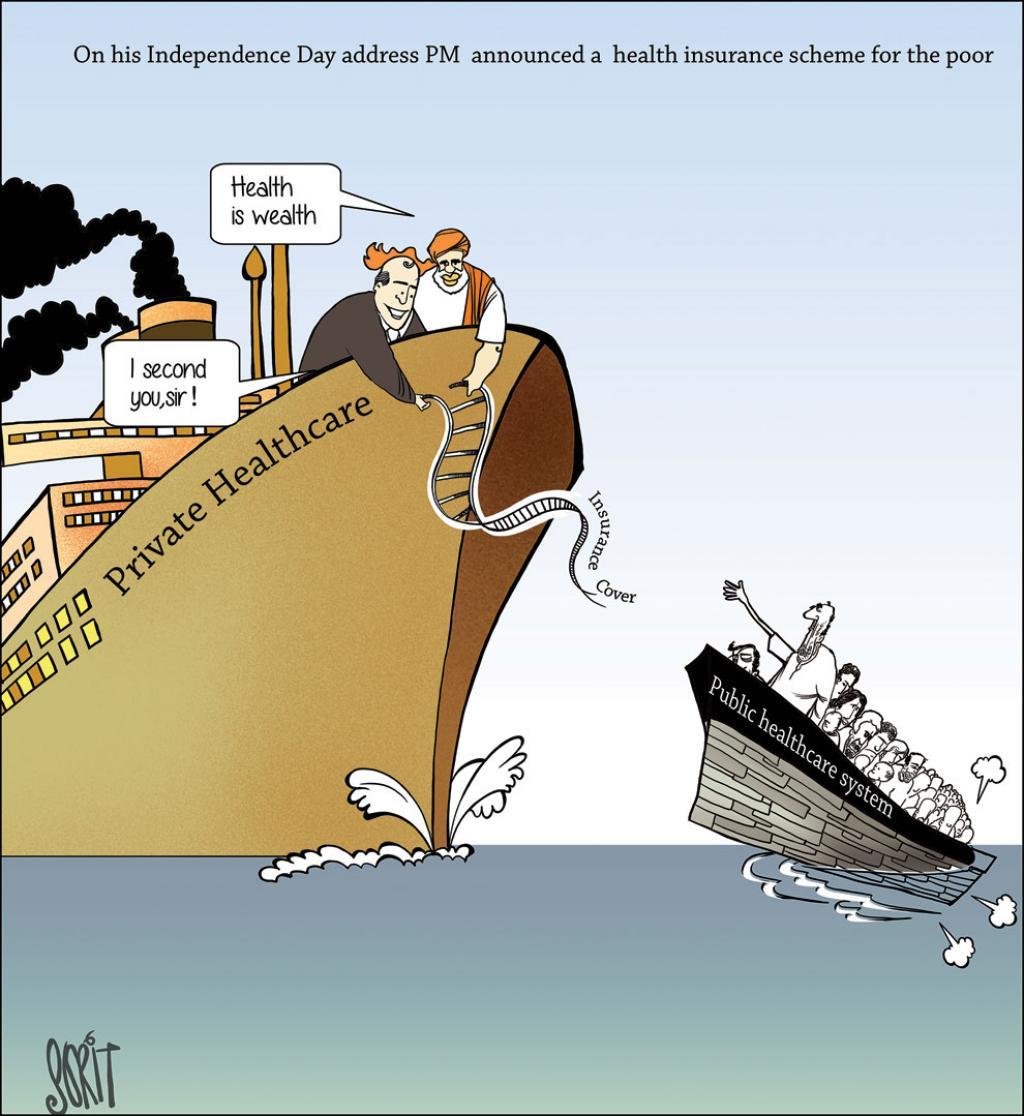 In his 2015 budget speech, the finance minister had announced the same with coverage of Rs 1 lakh to families. Credit: Sorit Gupto/CSE

Finance Minister Arun Jaitley today announced the National Health Protection Scheme in Budget 2018-19, touted as the “world’s largest health scheme”. The minister promised health insurance of Rs 5 lakh per annum to 10 crore families from economically weaker section. Every family will be provided a cover of Rs 5 lakh per year for secondary and tertiary hospitalisation.

But is this a new scheme? In his 2015-16 budget speech, the finance minister had announced the same with a coverage of Rs 1 lakh to families. Later, on August 15, 2016, Prime Minister Narendra Modi also included this in his speech to offer help to poor who are facing hardships due to medical care. The proposal is lying with the Union Cabinet since November 2016.

During the 2014 parliamentary election, the Bharatiya Janata Party-led alliance had promised to replace the existing National Health Mission with a better scheme which provides assurance instead of insurance. And yet again, the Centre is relying on insurance.

The notorious history of health insurance in India

The government’s push for insurance can help people in emergencies but there is a catch. The private sector is engaged in various unethical practices to pocket insurance money. For instance in 2012, Down To Earth (DTE) reported a case in Samastipur district in Bihar, where around 10,000 claims of hysterectomy (surgical removal of the uterus) surfaced after an insurance scheme was introduced.

Poor public health infrastructure has pushed Indians to private hospitals and the expenditure is pushing many under debt.

According to a 2015 survey by the National Sample Survey Organization (NSSO), more than 70 per cent of ailments —72 per cent in rural areas and 79 per cent in urban areas—were treated at private healthcare facilities. The private sector includes nursing homes and charitable institutions.

Another NSSO report says the reason why people are paying exorbitant amount of money for private healthcare is due to a decaying public healthcare system. A private nursing home on an average costs Rs 25,850, three times more than a government hospital. In fact, the actual average for private hospitals would be higher because the NSSO survey considers charity hospitals under private category.