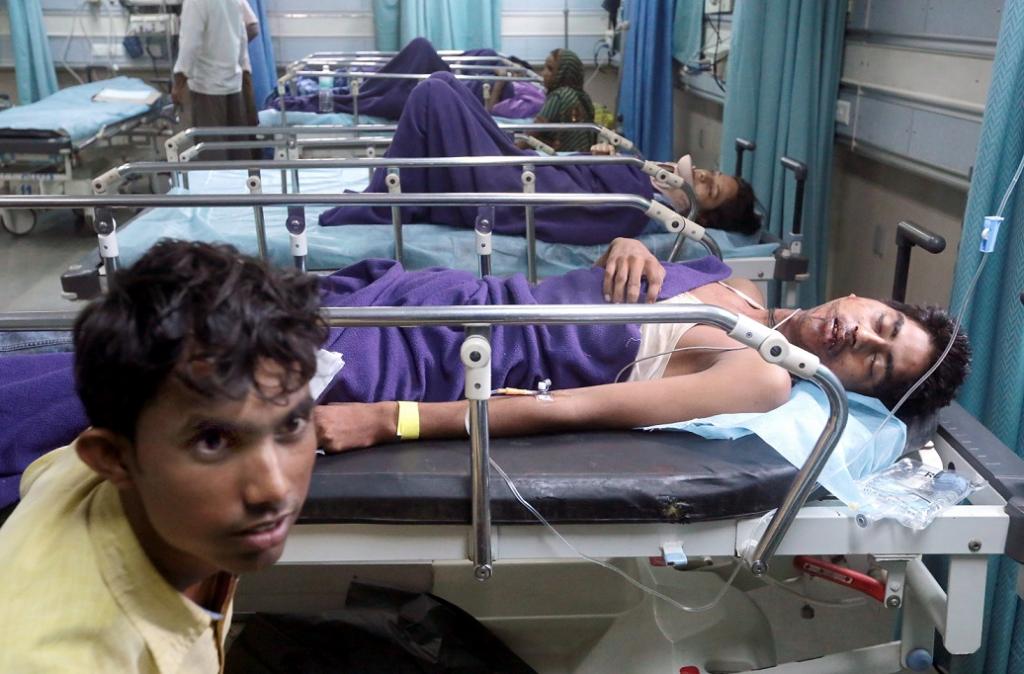 The HIV-affected patients have been referred to Anti-retroviral Therapy centre in Kanpur. Credit: Vikas Choudhary / CSE

At least 46 people have become infected with HIV in Bangarmau tehsil of Unnao district in southern Uttar Pradesh in the last 10 months. The cause of this high number of HIV causes in such a small area is this: a quack allegedly used a common syringe to administer injections to several people.

The HIV cases surfaced after a routine screening was done in three phases: April to July 2017, November 2017 and January 2018. It emerged that the tehsil alone is home to 46 HIV positive cases. Following the revelation, the health department constituted a two-member committee to investigate into the reasons of high HIV incidence. The investigation revealed that the quack, Rajendra Kumar, resident of a neighbouring village, had used a single syringe for injection in the name of cheaper treatment.

A case has been registered against Rajendra Kumar at Bangarmau police station.

The HIV-affected patients have been referred to Anti-retroviral Therapy (ART) centre in Kanpur. The therapy suppresses HIV, stops its progression and prevents its onward transmission. Despite several attempts at contacting the Chief Medical Officer (CMO) of Unnao and the Uttar Pradesh Health Minister Sidharth Nath Singh, they could not be reached.

In December 2017, Singh removed the CMO of Unnao district after it was reported that eye operations of 32 patients in the Community Health Centre of Nawabganj were done under torchlight. This was reportedly done as there was no electricity or power back-up at the health centre.

Such lapses in operational protocols and administrative oversight have become frequent in the state in the recent past. Last August, in a glaring proof of mismanagement in government hospitals, lives of 49 children were lost due to shortage of oxygen in the special newborn care unit of Ram Manohar Lohiya hospital in Uttar Pradesh’s Farrukhabad district.