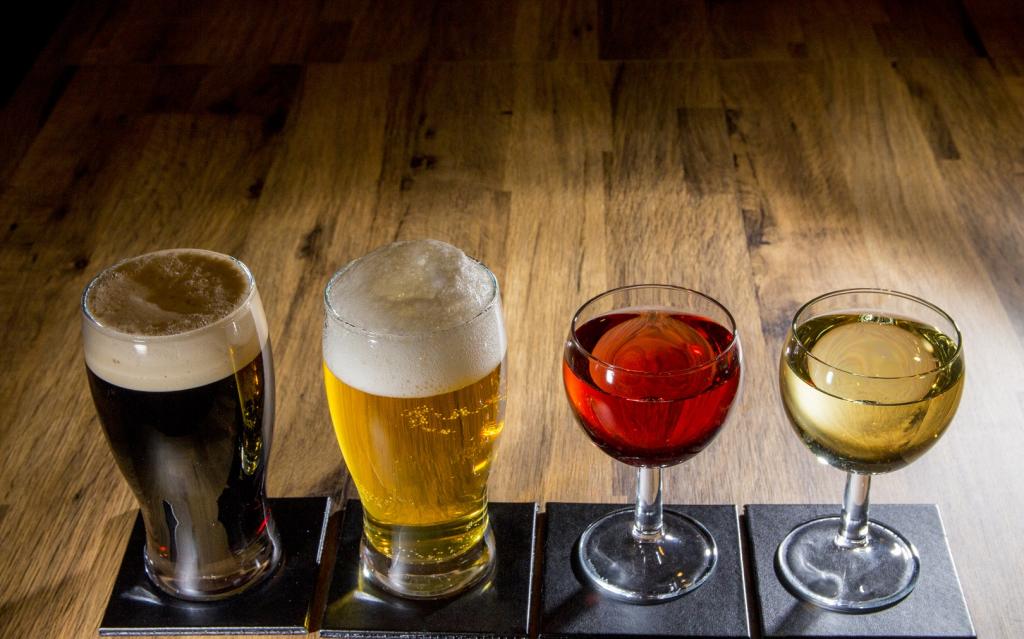 Beer and wine around the world are contaminated by a chemical called glyphosate, according to a report published by United States-based Public Interest Research Group (PIRG) Education Fund.

For this study, samples of beer and wine were collected from the US, Europe and Asia — over 20 brands were tested out of which 19 contained glyphosate (5 wine samples and 15 beer).

A glaring revelation was that 3 out of 4 organic beer and wine were found containing glyphosate. A few organic brands tested include Inkarri Estate organic wine which contained 5.2 parts per billion (ppb) of glyphosate; while Samuel Smith Organic contained 3.5 ppb of the chemical.

Although glyphosate is not allowed or used in organic farming, the report says that its presence could be attributed to contamination of the farms. In agriculture, glyphosate is used to control weeds on farm land and is commonly available as a herbicide called Roundup — primarily produced by Monsanto.

The highest level of glyphosate was found was in Sutter Home wine, at 51 ppb. Similarly other well-known brands, including Coors, Tsingtao and Miller Lite showed glyphosate levels above 25 ppb.

Peak Beer did not contain detectable levels of glyphosate, says the report. The report says that the use of glyphosate in the US should be banned unless and until it can be proven safe.

In 2015, the World Health Organization (WHO) also listed glyphosate as a probable carcinogen.

The US Environmental Protection Agency (EPA) has permitted glyphosate residues in over 150 different food and feed crops at levels of 0.2 to 400 parts per million (ppm). However, there is currently no limit on its presence in beer or wine.

Are the set limits safe?

“To reach the doze of .01 mg per day, one would need to drink a glyphosate level of 160 ppb. The samples collected by PIRG contain much lower concentrations of glyphosate than 160 ppb. However, as some people drink a large quantity of beer and wine in one sitting, people should be cautious of the levels of glyphosate in their beer and wine,” says the report.

A study done by S Thongprakaisang — from Chulabhorn Graduate Institute, Thailand — states that “even 0.1 ppb of glyphosate has the potential to stimulate certain types of breast cancer cells”.

Communities such as Irvine, California, have banned the use of Roundup and other glyphosate-based pesticides on city property. While California’s Office of Environmental Health Hazard Assessment (OEHHA) has proposed a ‘No Significant Risk Level’ for glyphosate — at 1.1 milligrams per day for an average adult weighing about 154 pounds.

India has already faced issues relating to the use of glyphosate, with the Food Safety and Standards Authority of India (FSSAI) asking its imports division to check consignment of pulses for the presence of herbicide glyphosate.

In an order, dated October 12, 2018, it directed that the samples be tested by regional laboratories and the results shared with FSSAI every 15 days.

Currently, there are no set standards for regulating glyphosate levels in India.

FSSAI has decided to use the standards set by Codex Alimentarius — a joint committee set up by the WHO and Food and Agriculture Organization (FAO) — and set the Maximum Residue Limit (MRL) for lentils and peas at 2mg/kg and 5mg/kg respectively.

The study assumes significance as the use of such herbicides in agriculture is growing. The fact that even organic products are contaminated with the chemical highlights the importance of better consumer choice.