Brexit and Trump are bad for our health 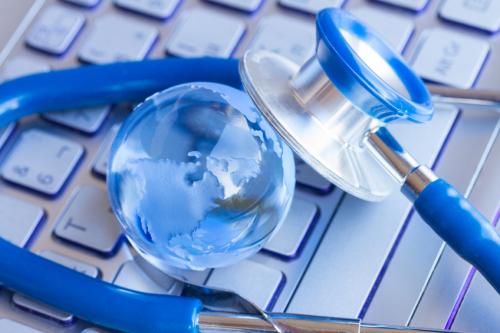 Politics in America and Europe may be increasingly isolationist, but deadly pathogens aren’t. Votes for Brexit and Donald Trump may in fact be votes for worsening pandemics and fewer doctors and researchers to fight them.

This summer Brits chose to leave the EU and Americans nominated Trump as the Republican Party candidate. On both sides of the Atlantic, Brexiters and Trump supporters voted to go it alone. Their leaders preach keeping out immigrants and shunning multilateral organizations like the EU and NATO. But economic downturn and international criticism may not be the worst fallout.

As a global health researcher, I think the potential impact on our health could be even scarier. Here’s why.

The isolationism championed by Brexit architects and Trump alike endanger the coordinated efforts required to keep pandemics under control. The xenophobia that has been their rallying cry threatens health care delivery and critical health research at home.

The Brexiters have parodied the EU as hamstrung and woefully inefficient. Trump has threatened to renege on NATO commitments due to unequal financial contributions of member states.

These critiques are not without basis: Multilateral organizations can be slow and at any given time, the costs and benefits may not be evenly shared. Some were even criticized for delays in responding to the exceedingly urgent Ebola crisis. But there are also intrinsic advantages to large-scale, multicountry cooperation, particularly when it comes to global health.

Pooling funds from more than 50 donor nations, The Global Fund for AIDS, TB and Malaria has supported low- and middle-income countries in saving an estimated 17 million lives since 2002.

Why is this approach better than each country providing its own unilateral assistance?

First, the Global Fund has streamlined the funding process; instead of applying to four dozen different funding sources, the government of Rwanda can expect to receive US$148 million to fight AIDS from a Global Fund grant over 18 months starting July 2015, according to the organization’s website.

Second, the Global Fund, in turn, pools country requests for lifesaving HIV and malaria treatments and buys drugs in bulk at cheaper prices. Their pooled procurement process is essentially the Costco of the global pharmaceutical market. Purchasing in huge quantities allows economies of scale and wholesale pricing that have helped bring the cost of first-line HIV treatment down from as much as $10,000 per person per year in 2000 to as little as $100 in 2016, according to a recent MSF report.

Yet, whatever the potential benefits for recipient countries, some may say treating HIV and malaria in Africa and Asia is simply not a priority in hard economic times at home. “Let’s fund our NHS instead,” the Brexit campaign plastered on its infamous bus wrap. “America First” pledges Trump.

On both sides of the Atlantic, the current political trend is not just unilateral; it is also inward-facing and isolationist. This is a losing strategy in the face of global epidemics like Ebola and Zika.

The notion that the epidemics of poor countries do not concern Europe and the U.S. is not just morally dubious, it’s dangerously incorrect. The Ebola outbreak showed just how quickly a deadly virus can make its way from a rural village in Guinea to a subway car in New York.

In fact, Ebola was brought under control only by a coordinated cross-border response, international collaboration throughout the regions most affected and worldwide contact tracing. Fragmented, uncoordinated responses allowed the epidemic to get out of control in the first place.

With more than half a million people now returned home from Zika-affected Brazil after this summer’s Olympics, we need to share information across borders and collaborate financially, strategically and operationally on control measures.

Turning away doctors and scientists

Ultimately, the political trend of isolationism isn’t just bad for controlling emerging epidemics. It threatens the day-to-day health of Brexit and Trump supporters alike. Migration has allowed medical systems in Europe and the U.S. to attract top global talent.

As Dr. Sarah Wollaston, a member of the British Parliament, said, “If you see a migrant in the NHS, they’re more likely to be treating you than standing in line in front of you.” A former GP and onetime Euro-skeptic, she campaigned to stay in the EU out of concern for the national health system.

Beyond direct medical care, isolationism risks crippling scientific research leading to new vaccines and medicines by restricting the flow of scientists and students to universities and research centers. Brexit could threaten funding for cancer and mental health research as well as the U.K.‘s ability to attract and retain scientific talent. Likewise in the U.S., xenophobic policies and sentiments could have a dire effect on advances in science; all six of the U.S.-based scientists who won Nobel Prizes this week are immigrants. Even with visa exceptions for certain professions, a nativist ethos makes any country a far less appealing destination for migrants with in-demand scientific and technical skills.

This summer, both Britain and America saw elites in populist clothing whipping up a frenzy by chanting “Vote Leave, Take Control” and “Make America Great Again.” The public health threat posed by these xenophobic, isolationist movements is just another indication of how ill they serve the public interest.

The Brexit referendum has already steered Britain down a dangerous path. But with global epidemics and domestic health care at stake, the U.S. still has time for cooler heads to prevail this fall before Trump is in the White House and his policies literally make us sick.