Dengue is known to spread after monsoon, but in the past couple of years, cases of the disease have been recorded in summer as well. This year dengue cases have risen sharply since May 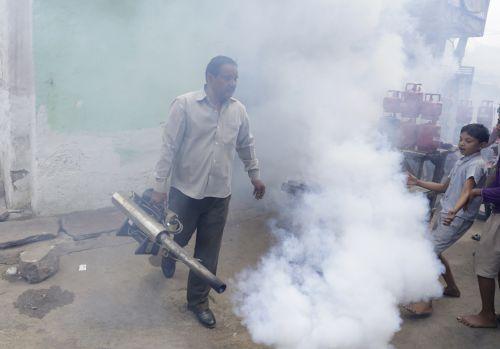 After affecting at least 100,000 people last year, dengue outbreak has begun in India again. Although it is only the start of monsoon—the season that brings favourable conditions for the spread of mosquito vectors—Indian states of Odisha, Kerala, Karnataka and others are already on the brink of an epidemic-like situation. Capital New Delhi has reported around 30 cases of the disease in 2016.

Union Minister of Health and Family Welfare J P Nadda has organised meetings with senior officials on preventing the spread of dengue. In his last meeting held on July 1, the minister reviewed preparedness of the government to prevent and control dengue. But going by the rapid spread of the disease it looks like the government has learnt little from last year’s experience.

The website of the National Vector Borne Disease Control Programme (NVBDCP), which is a department under health ministry responsible for providing updated information on dengue cases, has not been updated since May 2016. As per the website, 5,605 people have been affected by the disease and six people have lost their lives till May 2016.

Kerala with 1,592 cases, along with Karnataka (785), Maharashtra (718) and Tamil Nadu (963) has been affected more than other states. Number of cases in Delhi has touched 32. This data, however, does not show the real threat of the disease. Since May, almost all states have reported a sudden spurt in the spread of the disease.

With the monsoon reaching Odisha, as many as 225 people have tested positive for dengue in the state, as per media reports. In Karnataka, the number of affected persons has reached 1,700 as per various media reports. Bangaluru, the capital of the state, has also reported more than 160 cases. Kerala has seen a sharp rise in cases and number has reached around 5,000, say media reports. Dengue incidences may be almost double than what the NVBDCP website is reporting.

Dengue is known to spread after monsoon, but in the last couple of years, cases of the vector-borne disease have been recorded in summer season as well. Last year, Down To Earth reported that climate change has impacted the pattern of disease spread.

Last year, Delhi experienced an epidemic-like situation, where over 15,000 people were affected by dengue and 60 died.