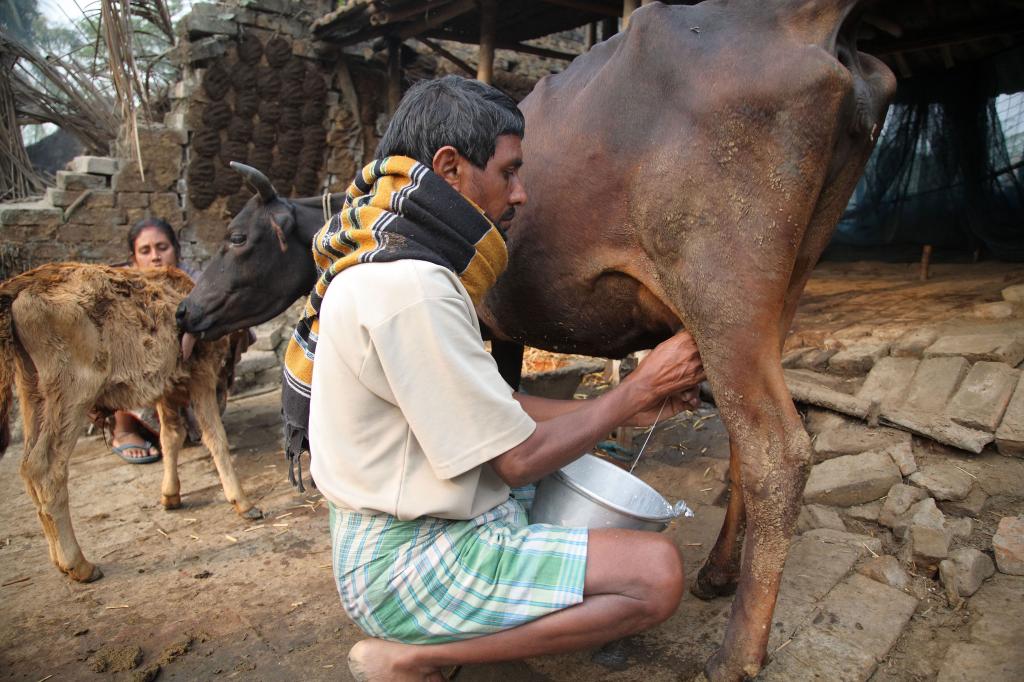 Indian animal rights activists, including Union Minister Maneka Gandhi have decried the use to oxytocin to enhance milk yield in cattle Credit: Flickr

The Union Ministry of Health and Family Welfare has decided to put on hold its new restriction on the manufacture and supply of the hormone oxytocin till September.

It was on June 27 that the ministry had come out with a statement on the restriction to be imposed from July 1. However, following protests by various states, the ministry has now postponed it. It has already banned any imports of oxytocin and its formulations into India on April 6 this year.

Oxytocin is a peptide hormone approved for use in both humans and animals for stretching the cervix and uterus to facilitate childbirth. It also stops maternal bleeding after childbirth. In fact, oxytocin is the recommended first-choice uterotonic drug for the prevention of postpartum haemorrhage (PPH), a leading cause of maternal mortality in caesarean sections. However, the hormone is also used controversially in milch cattle to enhance milk production. This, in turn, has adverse effects on the health of cattle as well as humans who consume the milk. This is the government’s reason for putting curbs on it.

In order to curb the misuse of oxytocin in milch animals, the Union Ministry of Health and Family Welfare made it compulsory for drug firms in 2001 to pack oxytocin in single unit blister packs. In March 2016, the Himachal Pradesh High Court observed that oxytocin was being manufactured on a large scale clandestinely and being sold, leading to its misuse. The court recommended that manufacture of the hormone should be done only by public sector companies. Consequently, today, other than Karnataka Antibiotics and Pharmaceutical Ltd (KAPL), a government undertaking, no other drug firm can manufacture oxytocin. KAPL itself does the same only for domestic use. Following the court’s observations, the Union government has also regulated and restricted oxytocin supply to hospitals.

Oxytocin is listed as a prescription-drug in Schedule H of the Drugs and Cosmetics Act, 1940. It can only be sold with prescriptions from registered medical practitioners and records need to be maintained for at least three years. The advertisement of Schedule H drugs is also prohibited and its manufacture and sale without a license is a cognisable and non-bailable offense. The drug is also covered under the Cruelty to Animals Act, 1960, which prohibits using oxytocin to extract milk from milch animals.

But this is leading to protests from the health industry because of oxytocin’s use in maternal health. There have been reports that the World Health Organization (WHO) will introduce an alternative for oxytocin. However, that drug, carbetocin, will be used only if the WHO’s Guideline Development Group gives its nod.

Meanwhile, the Central Drugs Standard Control Organisation (CDSCO) along with Bihar drugs control administration has raided 35 manufacturing units at Gaya and Bodh Gaya in the state and seized oxytocin injections worth Rs. 95 lakh from two units.

The raids were conducted by two teams comprising seven officials from CDSCO along with state drugs control officers under the guidance of Sudhir Kumar, joint secretary, Union Ministry of Health and Family Welfare and S Eswara Reddy, Drugs Controller General of India.