Chemical used in plastic packaging may cause obesity: research 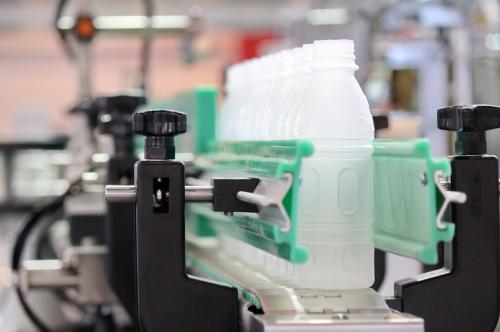 A new study claims that exposure to Bisphenol A (BPA), a chemical used to make plastics, even in small quantities, increases the risk of obesity in children. The synthetic chemical is widely used in food packaging like water bottles and cans.

Alfonso Abizaid and his team of researchers from Carleton University say that BPA reduces children’s sensitivity to leptin—the satiety hormone which informs us when we are full. Hampered functioning of leptin can cause overeating and lead to obesity, the research finds.

The latest study, published in journal Endocrinology, contradicts United States Food and Drug Administration’s (USFDA) stand on the controversial chemical. FDA says that exposure to BPA is not harmful if it is limited to 11 micrograms per person per day. Use of food packaging like bottled liquids or canned food, at exposure greater than 150 micrograms per person per day can be an indicator of carcinogenicity and is a cause for concern, FDA adds.

“As a scientist my job is to determine if BPA does have an effect on organisms like us (mammals) at concentrations that government environmental protection agencies have delineated as safe, to ensure that this is the case,” Abizaid says.

To investigate its effects, the team fed food containing BPA to pregnant mice. Once the expectant mothers gave birth, the offspring were injected with leptin at regular interval to check weight change.

According to researchers, leptin levels increase in mice, eight days after birth normally. They found that exposure to BPA delayed the increase by two days. They also found that exposed offspring weighed more than their sheltered counterparts.

Abezaid’s group addresses a very pressing issue in recent times. He adds, “In our study we show evidence supporting that even at these low concentrations BPA has an impact in the systems that regulate our metabolism in developing mice, and that this pre-disposes them to develop metabolic disorders”.

Why is BPA controversial

BPA is extensively used in production of hard plastics like polycarbonates and epoxy resins. Epoxy resin coats metal food and beverage cans to prevent corrosion and food contamination. Apart from these, BPA is also used in electronics, safety equipment, automobiles, and food containers.

BPA mimics a female sex hormone called Estrogen. BPA is also an endocrine disruptor chemical. This synthetic chemical has come under the scanner after studies have shown its involvement in Type-2 diabetes, obesity, cancer, neurological complications, and infertility.