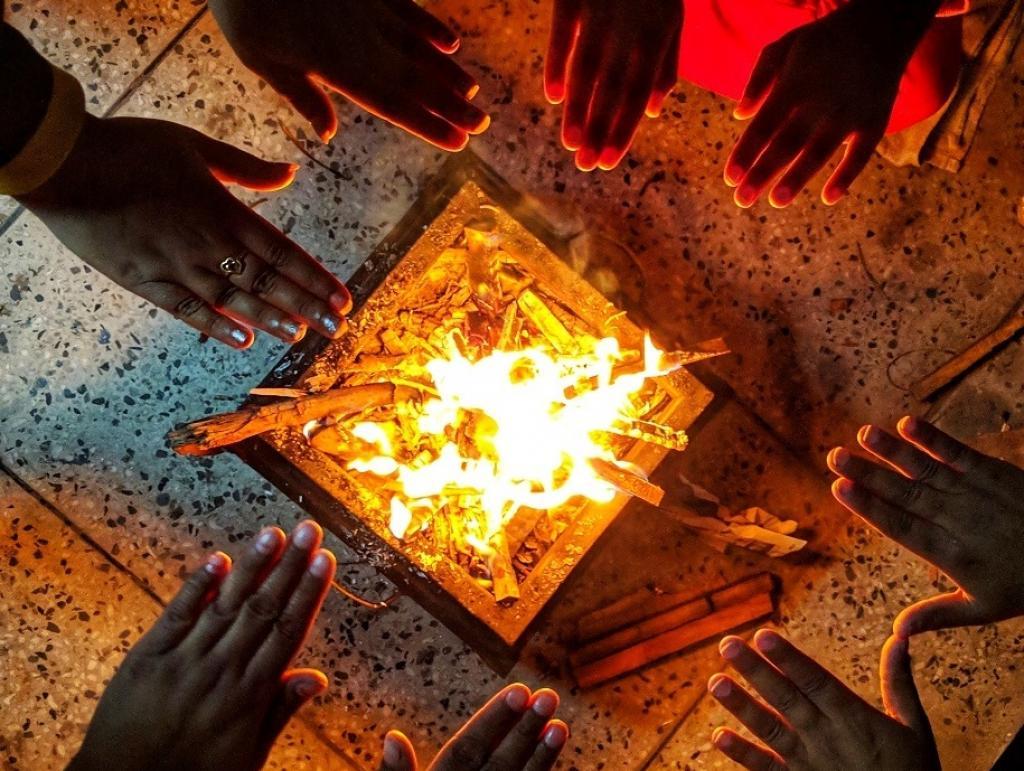 In 2020, human deaths due to cold waves were 76 times more than those due to heat waves, according to the India Meteorological Department (IMD).

As many as 152 deaths were recorded due to cold waves in 2020 in comparison to just two deaths as a result of heat waves, the Envi-Stats India 2021, Vol. 1 by the Ministry of Statistics, mentioned.

In 2020, deaths from cold waves in proportion to that from heat waves recorded officially were the highest in 20 years, the report mentioned. India recorded 99 days of cold waves in 2020, according to IMD.

India recorded the least deaths due to heat waves in 2020, when the country was under lockdown for months due to the novel coronavirus disease (COVID-19) pandemic.

In 2011, nearly 60-times more deaths were recorded in comparison to heat waves. Cold waves claimed 722 lives and heat waves 12, according to IMD.

Coronary heart disease, cerebro-vascular accidents and respiratory diseases are the most common causes of deaths associated with cold waves, WHO said.

Data for 2021 was available only for the month of January — the peak cold wave month — in the IMD database.

The average monthly minimum temperature over northwest India in January 2021 has been lower than that of 2019 and 2020, said IMD.

The average monthly maximum temperatures in January 2021 were below normal by 2-4 degrees Celsius in January 2021 across the Indo-Gangetic plain and over pockets in south Punjab and north Haryana at its west.

In Bihar too, the monthly maximum temperatures were 3-4°C lower than normal, the report stated.

Cold wave to severe cold wave conditions persisted for 15 days of the month, the data showed.

January 2021 witnessed maximum deaths of the farmers, mostly due to the cold wave, according to Sanyukta Kisan Morcha.  Around 120 farmers — 108 from Punjab alone — died during their protest against the controversial farm laws.

More cold days lie ahead, according to a forecast by Bloomberg. North India may witness the chilliest / extremely cold winter due to the La Nina that has been emerging in the Pacific Ocean. The new forecast warns of an impending La Nina effect that will lead to a major dip in temperature across north India in January, February 2022

La Nina conditions are favourable for the occurrence of cold waves over India, according to a study El Niño–Southern Oscillation’s far reaching connection to Indian cold waves published in Nature

India recognised cold wave as a disaster in 2012. But action plans are yet to be prepared in many of the cold wave-prone states, said major-general Manoj Kumar Bindal, executive-director, National Institute of Disaster Management (NIDM).

A cold wave action plan must be formulated in order to strengthen mitigation and preparedness measures in states with recurrent incidences of cold wave, he said.

These include Punjab, Haryana, Delhi, Uttar Pradesh, Bihar and Jammu and Kashmir.

“Though there are plans and policies to address cold wave preparedness and mitigation, the challenge remains to design a policy exclusively addressing the needs of the urban poor with respect to cold wave impact,” said Bipin Rai, member, Delhi Urban Shelter Improvement Board, New Delhi.

Urban and peri-urban centres must be cold-resilient in which urban local bodies, policy makers and decision makers have a major role, suggested NIDM in a paper released this year.

Clear policies at the national, state, district and local level need to be developed to address urban poor needs during the cold wave. Deaths due to cold waves are preventable and the country must prioritise actions to save human lives.