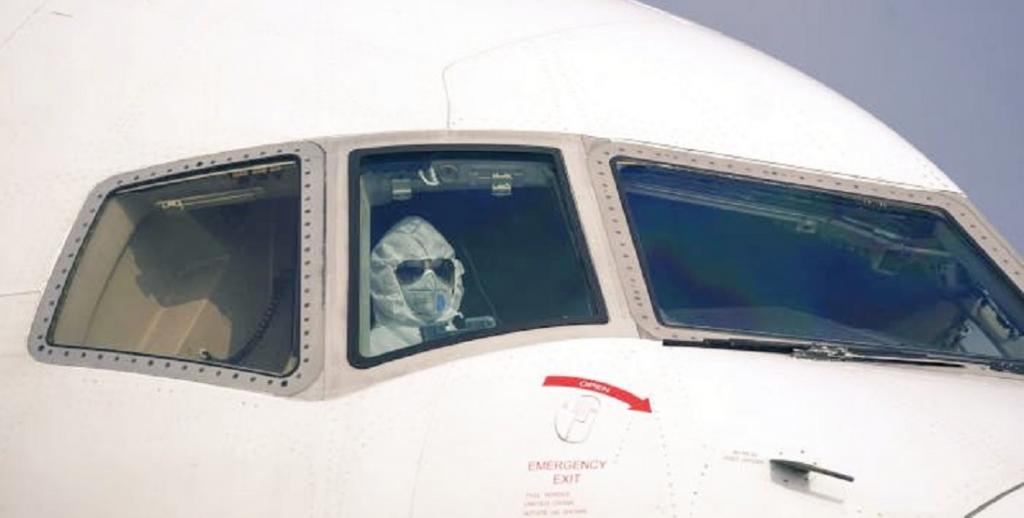 A pilot leaving China in a full protective suit and a face mask. Photo: @Aviationdailyy / Twitter

A third case of novel coronavirus (2019-nCoV) infection was reported in Kerala on February 3, 2020. It remained the only Indian state with any confirmed case of coronavirus.

The patient, a student from the Kasaragod district, travelled to Wuhan in China — the epicentre of the outbreak. The patient is now at an isolation ward in a Kasaragod hospital and is stable.

The first two patients, from Thrissur and Alappuzha districts, were doing fine, Kerala health minister K K Shailaja said.  The second case was confirmed on February 2 and the first on January 31. 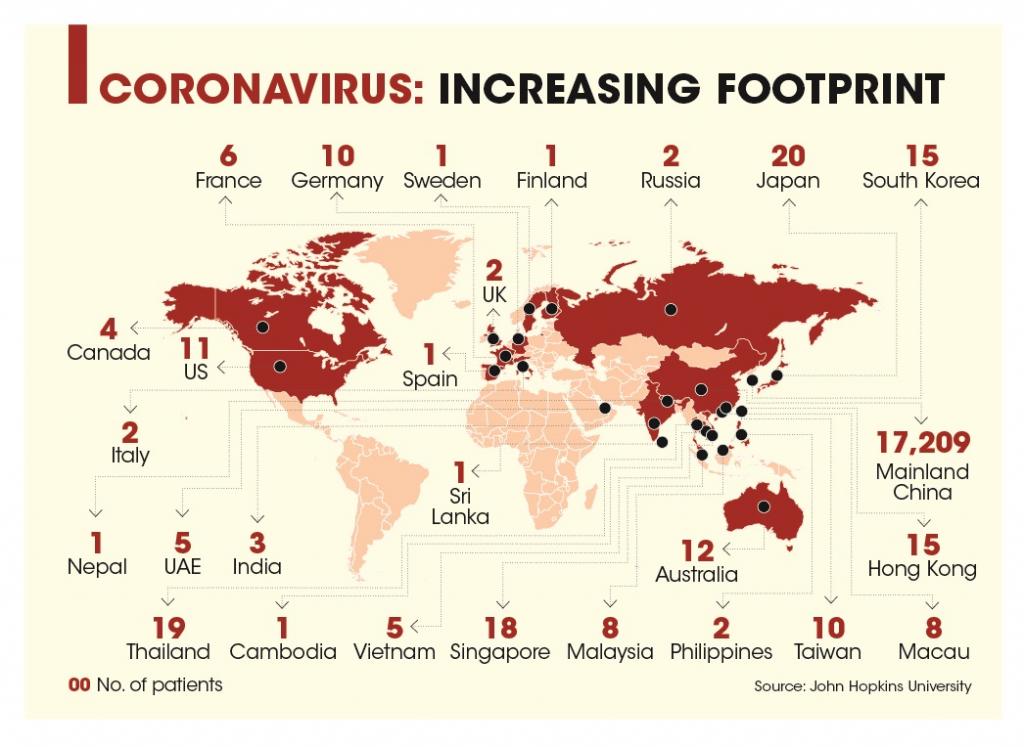 The SSE Composite Index of the Shanghai Stock Exchange crashed nearly eight per cent on February 3. The stock exchange’s crash was widely feared after countries including India, the United States and Australia imposed bans on their citizens due to the current outbreak.

India has also cancelled e-visas to Chinese nationals as well as travellers coming from China.

Many international airlines, including British Airways, Lufthansa Group, KLM, Austrian Airlines, Air Canada and United Airlines (US), have also cancelled their services to China or have drastically reduced them.

Meanwhile, the World Health Organization (WHO) has confirmed that third generation-transmission of the new coronavirus is happening in China.

The first generation was transmission from animals to humans; the second human-to-human. That is, a second human got the virus from someone who was exposed to animals.

A third generation means that the newly infected or the second person who got infected from someone who was exposed to animals, is also capable of spreading the virus now. This makes the spread of the virus much more rapid.

The third generation case has been confirmed in an individual who was exposed to a confirmed case from the cluster in Bavaria, Germany.

The export of cases has also been happening from countries other than China according to the WHO update. A positive case has been found in South Korea who had come in contact with a positive case in Japan.

On the other hand, Thailand has joined the list of the United States, Japan, Vietnam and Germany besides China in reporting human-to-human transmission.

Meanwhile, in a paper in The Lancet, Gabriel Leung, a public health expert at the University of Hong Kong, estimated that local epidemics due to the virus were already ongoing at cities other than Wuhan.

“As such, given the substantial volume of case importation from Wuhan, local epidemics are probably growing exponentially in multiple major Chinese cities,” the paper said.

“Given that Beijing, Shanghai, Guangzhou, and Shenzhen together accounted for more than 50 per cent of all outbound international air travel in mainland China, other countries would likely be at risk of experiencing 2019-nCoV epidemics during the first half of 2020,” it continued, adding these cities might be experience ‘self-sustaining’ human-to-human spread.

The fact that seeding of infections in other major cities has happened is also an indicator to the fact that the lockdown on Wuhan about a fortnight ago might not have served the purpose.

The New York Times reported that while the first case was reported in Wuhan on December 31, 2019, the local doctors of Wuhan hinted at the outbreak of a hitherto unknown virus in the beginning of December itself.

But the doctors who said so were harassed and the local public was kept unaware of the impending epidemic.

Earlier, Reuters too reported on similar lines. The World Health Organisation has, however, maintained that China has been transparent about the outbreak of the virus from Day 1.

At the present trajectory, 2019-nCoV was about to become a global epidemic in the absence of mitigation, The Lancet paper warned.