This is the first time the country added more than 60,000 COVID-19 cases daily as of August 6

The number of novel coronavirus disease (COVID-19) cases in India crossed the two million-mark as the country added 62,170 fresh cases August 6, 2020, according to tracker Worldometers.info. 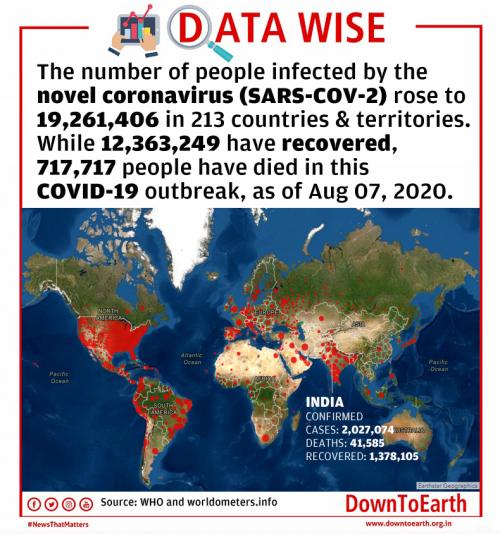