Coronavirus Update: Nearly 40,000 people have now died in India due to COVID-19

T cells can recognise some parts of coronavirus if they have been exposed to common cold, says new study 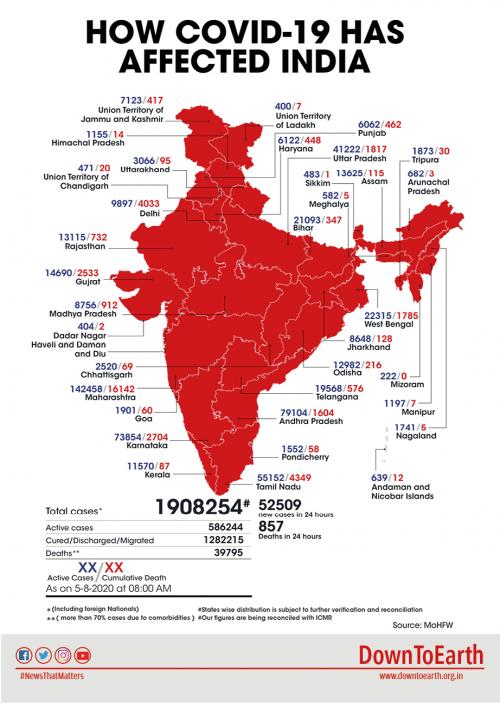 The memory helper T cells of the human body’s immune system that recognize the virus causing the common cold, can also identify some parts of SARS-CoV-2, the virus that causes the novel coronavirus disease (COVID-19), according to a new study.

This could help explain why some patients of COVID-19 get milder symptoms of the disease as compared to others, the scientists who had conducted the study, were quoted as saying.