India death toll may be at 10

India entered an unprecedented nationwide 21-day lockdownon March 25, 2020 after it was announced by Prime Minister Narendra Modi at 8 pm the night before as a measure to combat the global novel coronavirus (COVID-19) pandemic. The health ministry release a guideline for practicing telemedicine in the wake of the countrywide lockdown.

Meanwhile, the police in national capital Delhi and Telangana capital Hyderabad assaulted at least four journalists on March 24, according to non-profit Committee to Protect Journalists. Newspersons have been exempted from the lockdown. 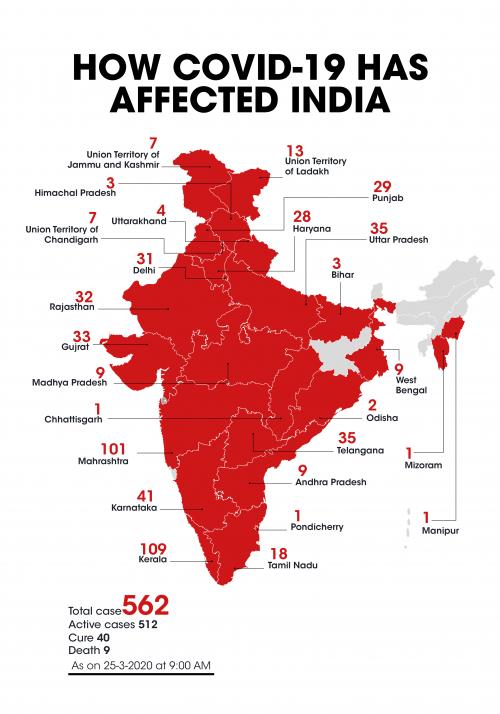