Schools, Anganwadis find it difficult to meet nutritional needs of children, mothers, as a result 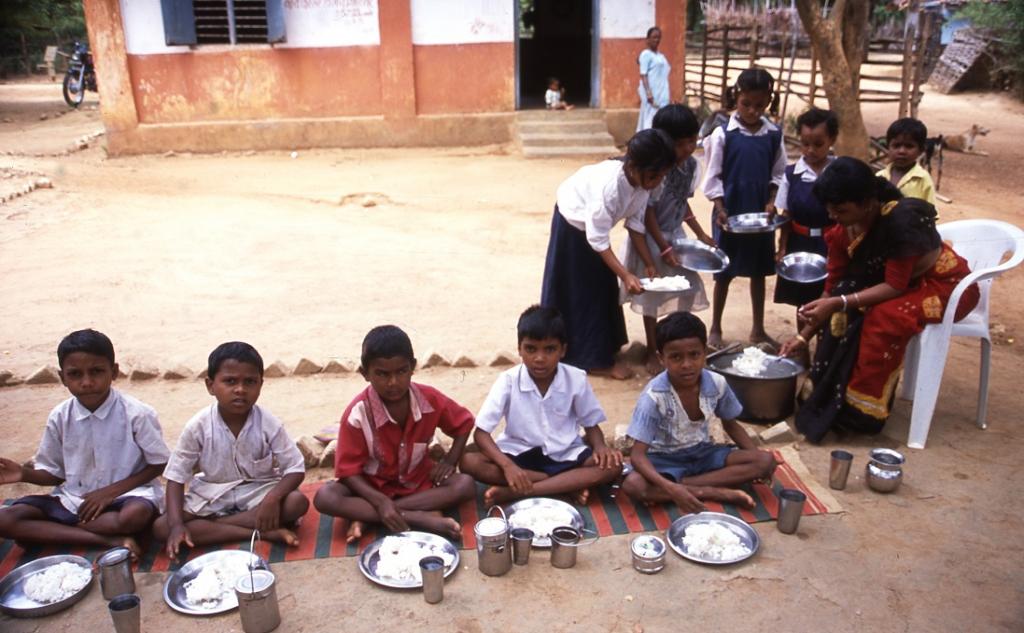 Schools and Anganwadi centres (AWC) are finding it difficult to effectively run programmes that address the nutritional needs of children and mothers. This is because the government has not revised costing norms for mid-day meals despite inflation, teachers and activists said.

There is an urgent need to re-evaluate the cooking cost of programmes such as the PM-Poshan (Pradhan Mantri Poshan Shakti Nirman), the Centre’s flagship mid-day meal scheme, according to teachers.

“An egg alone costs Rs 6. It has become very difficult for schools to meet the cost of mid-day meals,” Priyanka Roy, a food rights activist from West Bengal, one of the few states providing eggs in mid-day meals, said.

The West Bengal government had revised the menu, given the rise in cost of food items. It had asked schools to give an egg just one day a week as against the earlier twice a week.

Ideally, the central government is supposed to revise cooking cost annually, to offset the impact of inflation on food items.

A teacher from Kolkata told Down To Earth that against the nutritional norm of 20 grams protein, only 10 gm is being made available.

“It is not that earlier we were being able to meet the 20 grams norm. But the situation has become worse. Currently, we are able to give pulses or soybean on most days and mostly potatoes in vegetables,” Dipak Roy, a teacher managing mid-day meals in a primary school in Kolkata, said.

Around 12 teachers in the school created a fund and contributed Rs 200-Rs 300 in the last two months to meet the rising cost of mid-day meals. A headmaster from a school in Cooch Behar said rising costs of cooking gas are also hampering the programme.

“We have to use around two cylinders in a month. The schools just closed for summer vacation on May 2 and if the government doesn’t revise cost norms by June, it will be difficult to run the programme in the current state,” A Hussain, said.

Another teacher from Gujarat, who did not wish to be named, said the ideal cooking cost per child should be Rs 10 in order to meet all nutritional norms.

“Current inflation has not been accounted for so far. Normally, this exercise of revising the costs is done in the beginning of the year. So, I doubt it will happen now. Inflation-indexing should be more regular if calorie and protein norms have to be met,” Dipa Sinha, assistant professor, Ambedkar University, Delhi, who is also associated with the Right to Food Campaign, said.

Similarly, cost norms for supplementary nutrition in Anganwadis were also revised last in October 2017: From Rs 6 to Rs 8 for children between 6-72 months, from Rs 9 to Rs 12 for severely malnourished children and from Rs 7 to Rs 9.50 for pregnant women and nursing mothers.

Tarulata, a food rights activist from Gujarat said in most Anganwadis, cooked meals have not started till now after they were stopped during the first COVID-induced lockdown in 2020.

In national capital, Delhi, hot cooked meals were started just two days ago on May 2, after a gap of two years.

Raj Shekhar, national coordinator for Right to Food Campaign said the reduced allocation, along with the current food inflation will be a big challenge for India in its fight against malnutrition.

“The nutritional aspect has been reduced to just wheat and rice,” he said.

A survey by Right to Food Campaign released in February 2022, covering 6,697 respondents across 14 states, found that 41 per cent of households had reported that the nutritional quality of their diet had deteriorated, compared to pre-pandemic levels.