The risk factors for NCDs include tobacco use, alcohol, unhealthy diet and physical inactivity 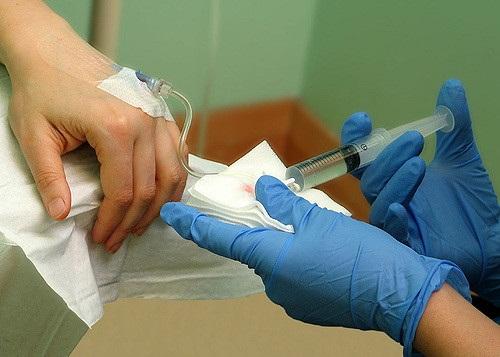 A World Health Organization (WHO) report says that governments need to speed up action on tackling non-communicable diseases (NCDs) to meet global targets.

The report states that in 2012, 38 million people lost their lives worldwide due to NCDs, 16 million of whom died prematurely, before 70 years.

WHO conducted its fifth survey—Assessing national capacity for the prevention and control of noncommunicable diseases—to track the global progress made on NCDs. It found that though some countries were making good progress, it was not fast enough in most middle-income countries.

“Countries, including some of the poorest, are showing it is feasible to make progress and reduce premature deaths from NCDs. But that progress, particularly in low and middle-income countries, is insufficient and uneven,” said Oleg Chestnov, assistant director-general at WHO.

“If countries continue on this trajectory, there is no way they will all meet the 2030 Sustainable Development Goals' (SDG) target of reducing, by one-third, premature mortality from NCDs.”

In both public and private care centres, only 41 per cent reported on having a palliative care centre at primary healthcare centres.

The risk factors for NCDs include tobacco use, alcohol, unhealthy diet and physical inactivity. These are largely behavioural risk factors. WHO says one of the key actions required is greater attention in sectors beyond health such as trade and marketing of unhealthy or harmful products.

WHO reported in 2015 that one in four Indians die as a result of NCDs before they reach the age of 70. Although India was the first to adopt the Global Monitoring Framework on NCDs, it has a long way to go.

In 2014, a report found that 53 per cent of all deaths were caused by NCDs in India. Of these, 23 per cent deaths were due to cardio-vascular diseases and 11 per cent occurred due to respiratory disorders.

During a National Conference on Prevention and Control of Major Non-communicable Diseases in India held on June 22, 2016, experts came together to discuss the prevention and control of NCDs in India.

Several initiatives were launched at the event such as a free SMS-based programme aimed at generating awareness on healthy living, disseminating diabetes-specific information and helping diabetes patients to adhere to treatment.

Henk Bekedam, the WHO Representative to India, said, “The good news is that 80 per cent of premature heart diseases, strokes and diabetes can be prevented or the onset delayed.”