COVID-19 also brings focus back on pollution due to pharmaceuticals 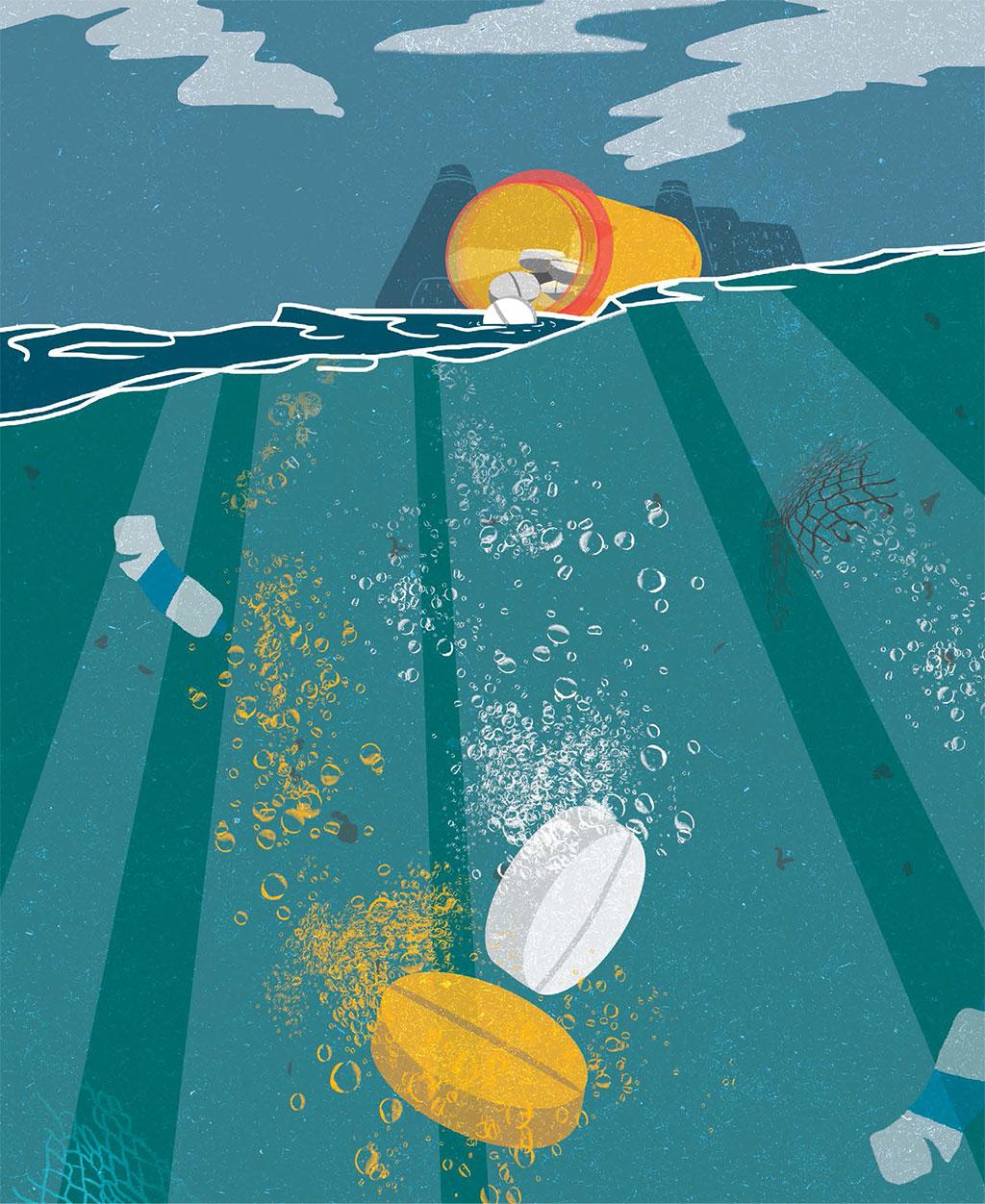 This is the final part in a three-part series.

Environmental pollution is, obviously, the most devastating byproduct of the drugmaking race, but global efforts to reduce it have been tardy. In 2014, the European Union issued a draft strategy to ensure companies, which supplied antibiotics to them were responsible and non-polluting.

Under this, the EU members could have environmental clauses in international agreements. This would have allowed EU inspectors to visit factories in Asia or Africa to ensure that they were not polluting.

But the draft was diluted. The replacement passage in the new 2018 draft merely gave the countries an option for “the possibility of using procurement policy to encourage greener pharmaceutical design”.

The dilution was linked to lobbying by drug companies. Voluntary declarations show that the pharmaceutical industry spent nearly 40 million euros (about $37 million) on lobbying EU institutions in 2015.

Public records show the European Federation of Pharmaceutical Industries and Associations had over 50 meetings with the Juncker commission in its first four-and-a-half months of office.

Fortunately, the European Parliament is demanding stricter measures again. Its environment committee has unanimously backed a call to go tough on pharmaceutical pollution, including reductions in drug use, greener manufacturing and better waste management. Developing countries, too, are formulating policies to control pharmaceutical pollution.

On January 23, India released a draft Environmental Standards for Bulk Drug and Formulation (Pharmaceutical) Industry to limit the concentration of toxins in effluents released by bulk drug manufacturers.

It specifies maximum residues for 121 antibiotics that can be present in the treated effluent of bulk drug and formulation industry and in the outlet of the common effluent treatment plants.

China, too, has been trying to reduce environmental pollution. In 2002, it formulated the China Safety Production Law which controls all industries, including chemical and pharmaceutical.

But the industry continued to pollute. With President Xi Jinping at the helm, it has tried to ensure that the Chinese industry is in line with global environmental standards. Between 2016 and 2018, inspections led to the closure of 150 factories producing APIS, according to a white paper published by consultancy firm Beroe in July 2019.

In the case of antibiotics, China issued strict guidelines in its National Action Plan 2016. It promotes green manufacturing of antibiotics and monitoring of effluents. In January 2018, China came out with an “environmental tax declaration”, under which less polluting industries are eligible for tax reductions.

According to the Beroe white paper, China also plans to put in measures so that polluters would face a levy of between 1.2 yuan ($0.18) and 12 yuan ($1.8) for every 0.95 kilogramme nitrogen oxide or sulphur dioxide they release. According to estimates, taxes up to 50 billion yuan (about $7.68 billion) will be collected annually from manufacturers.

Such stringent pollution norms would increase manufacturing costs and take away China’s competitive edge. Earlier too, diligently operating European firms went out of business because they could not compete with a non-compliant China, according to an article published in Chemical & Engineering News in 2018. It says a strict inspection regimen could trigger a migration of business back to the West as environmental compliance would increase the cost of operating in China.

At a recent meeting with NITI Aayog, the Department of Pharmaceuticals promised fast environmental clearances to the industry. Such quick-fix measures would be detrimental in the long run unless strict regulations are put in place. India has to be more cautious now. 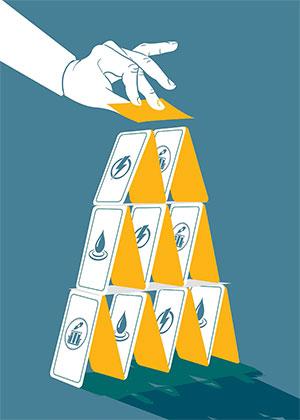 China claimed it has resumed production of active pharmaceutical ingredients (API) and said it was unlikely that there would be any shortage in India or globally.

The pandemic, however, has given the world a chance to do a rethink on the pharmaceutical industry. Countries have realised that their over-dependence on one can cause big trouble. They are now trying to become self-sufficient.

India is developing legislations and employing public spending to bring API development back. The US and EU are also contemplating legislation to bring both APIs and Finished Dosages (FD) back home.

But industry experts say this is not the way to go. “This would be a knee-jerk reaction,” said Kiran Mazumdar-Shaw, chairperson and managing director of Biocon Ltd, a biotechnology company based in Bengaluru.

“The surge in demand has caused an acute shortage of medical supplies, diagnostics and medicines which ought to point fingers to the failure of global healthcare systems to stockpile inventory as a preparedness response to any public health crisis. Once the surge in demand recedes, countries would need to manage costs and competitive market forces will favour economies of scale,” she said.

“We believe that production of both APIs and FDs must be global, with trusted trade partners, to ensure that any type of national or international disaster does not cause a collapse of the manufacturing and supply of pharmaceuticals,” says David Gaugh, senior vice-president, Association for Accessible Medicine, a trade association representing the manufacturers and distributors of generic prescription drugs.

Industry favours pharmaceutical parks as these would be special economic zone (SEZ)-like structures with fiscal incentives, common utilities and common effluent treatment plants that can create economies of scale and lower operational costs. But some fear this would help only the private industry.

Y Madhavi, scientist at the National Institute of Science, Technology and Development Studies, New Delhi, said the public sector was crucial in the regulation of the sector. Citing an example from 2008, she said public-sector vaccine manufacturers were closed down with the assurance from private manufacturers that they would give affordable vaccines for the universal immunisation programme.

This never happened. The industry makes huge profits with trade margins that can sometimes be 4,000 per cent of the cost price. In October 2019, the Department of Pharmaceuticals proposed a maximum trade margin of 43 per cent over cost price for 10,600 non-scheduled drugs.

Gopakumar said the solution lies in increasing the capacity, both in public and private sectors. “You need to have a new kind of public sector, maintain the assets that the private players can operate. The government has to spend. The private sector will make money and pay the government back,” he said.

Whatever mix be the strategy — private versus public sector or domestic production versus import — the industry cannot be permitted to pollute. This would result in a price hike. S Srinivasan, who runs a generic drug company locost, said the price would not increase beyond 5 per cent if the chemicals are made in large quantities. “Much of it will be capital costs which need to be apportioned over time,” he said.

This gives hope. “No doubt API production is highly polluting, but new technology must be brought and upgraded constantly to minimise the impact of pollution,” said Sakthivel Selvaraj, director of health economics, financing and policy at Public Health Foundation of India, New Delhi, adding that the additional cost due to pollution control measures would be negligible.

Even if these costs are factored in, India would still have an edge both in API and formulation business.