ICMR doing a rethink on HCQ as a preventive drug, says Gangakhedkar 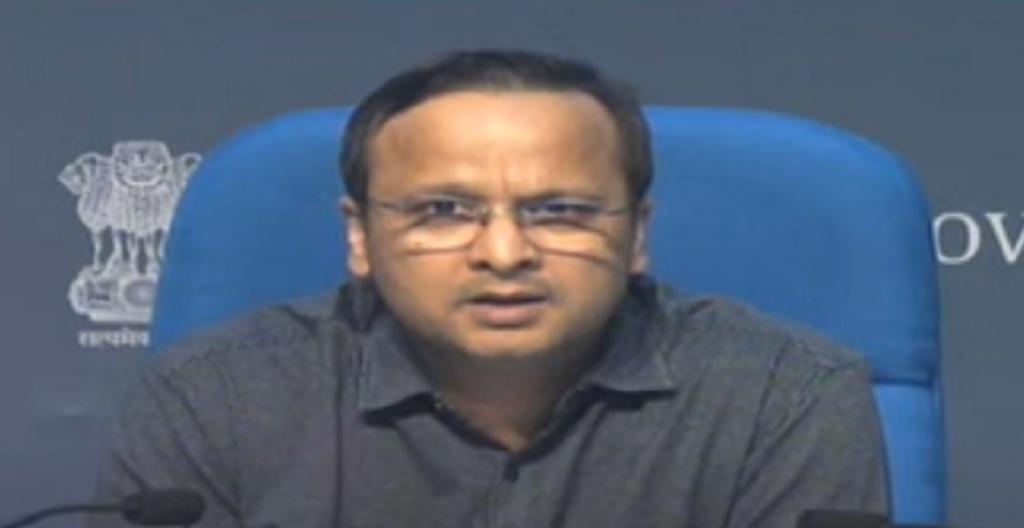 The Union Ministry of Health and Family Welfare resumed its daily press briefing on the novel coronavirus disease (COVID-19) pandemic on May 20, 2020, after a gap of 10 days.

A joint secretary in the ministry, Lav Agarwal, presented various datasets to state that though India was the 11th worst-affected country globally, it was still doing better than 10 others.

However, a closer look at the numbers he presented paints a very different picture from what he intended to present.

He also showed that in terms of absolute number of cases, India was far below the other 10 worst-affected countries.

However, Agarwal did not mention that most of these countries have already reached their peak of the curve. That is, they have passed the stage of peaking of new cases every day and have already had their worst.

Some of them are even bending the curve now, while India is nowhere close to doing so.

For instance, the seven-day rolling average of new cases coming every day in Spain has declined from 1,224 to 568.

Except for Brazil, Russia and India, all the seven worst-affected countries are showing declines in the seven-day rolling average of new cases.   Though Agarwal mentioned about the doubling rate — the number of days in which cases double — in his earlier press briefings, this time, he skipped this comparison with the countries he was referring to. Since most of the countries have passed their peaks, their doubling rate is much more than India. For Spain, Italy and Germany, it is 268 days, 137 days and 131 days as of May 18. India’s rate is 12 days. Next, Agarwal talked about the population to ratio scenario. He said the population of the top most-affected 15 countries of the world is 1.42 billion, which is nearly equal to that of India, which is 1.37 billion.

Still, the COVID-19 cases in these counties are 3.6 million while those in India are merely 0.1 million. However, Agarwal skipped an important indicator here, namely tests per 1,000 population for these countries.

Even the other 10 worst-affected countries ‘test per 1,000 population’ rate is way higher than India. For Italy and Turkey, for example, it is 50.30 and 19.57 per 1,000 population respectively, according to Our World In Data, an Oxford University database. Agarwal also talked about the death graph. He said India has one of the lowest rate death rates in the world. This is true.

But among the 11 worst-affected nations, the seven day-rolling average of deaths per day is on the decline. For the US, it has gone down to 1,185 from 1,873, according to the last update available on May 20.

Only for Brazil, India and Russia, it is increasing.

India has been reaching new peaks in termas of cases in the last two days, with more than 5,000 new cases registered each day.

The Indian Council of Medical Research (ICMR)’s head of epidemiology division R Gangakhedhar indicated for the first time that ICMR may revise its policy on hydroxychoroquine.

According to the current policy of ICMR, this drug can be taken for preventive measures by healthcare workers, serious patients and contacts of confirmed cases on a doctor’s prescription.

However, when ICMR issued this policy at the beginning of the pandemic, there was no scientific study to back it.

Last week, the BMJ published two randomised control trials that clearly said the drug on the one hand had no therapeutic benefit but on the other hand, caused significant adverse events.

“We are reviewing the policy. As soon as we decide anything, we would let you know,” Gangakhedkar said in reply to a query.